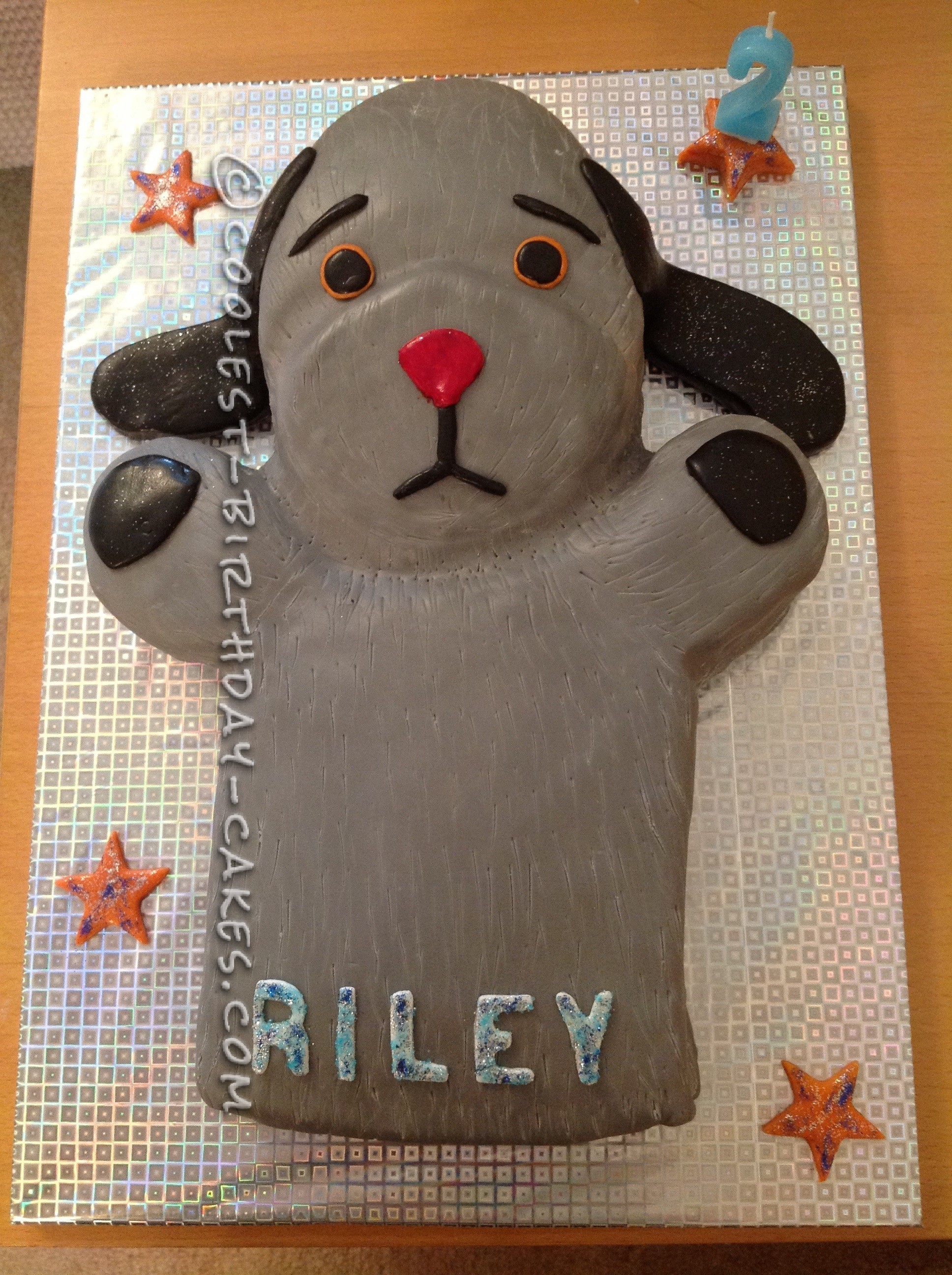 My sister asked me to make a cake for her sons 2nd birthday party. He is not really into many things yet, but his favorite cuddly toy is a large Sweep from Sooty & Sweep make that’s what she wanted. I felt a bit daunted as not made anything quite like it but I was pleased with how he turned out!

I found a picture of him on the net and blew it up large, cut around it and used it as a template to cut the spongit out, then built up his face features with the cut sponge. I cut him in half to add butter cream and jam layer, then crumb coated it.

Next I rolled it in grey icing which I bought already colored. This was quite tricky to get the size right and it get splitting so in the end I had to do it in 2 pieces with a join at his neck but once I smoothed it, you couldn’t see the join. The rest of the decoration was quite easy to add, ears nose etc. I used a knife to try and get his fur effect.

My family were really pleased with it and my nephew wanted to eat it straight away!