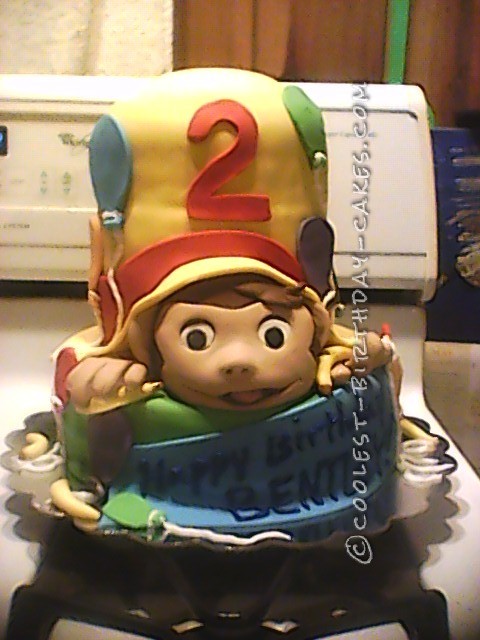 I started making cakes in 2006 because (thank the Lord above), I decided to stop doing drugs and found myself with a lot of free time on my hands. It started really as just something to occupy my days, then quickly became a passion. Making cakes literally saved my sanity! I gave away the first … Read more 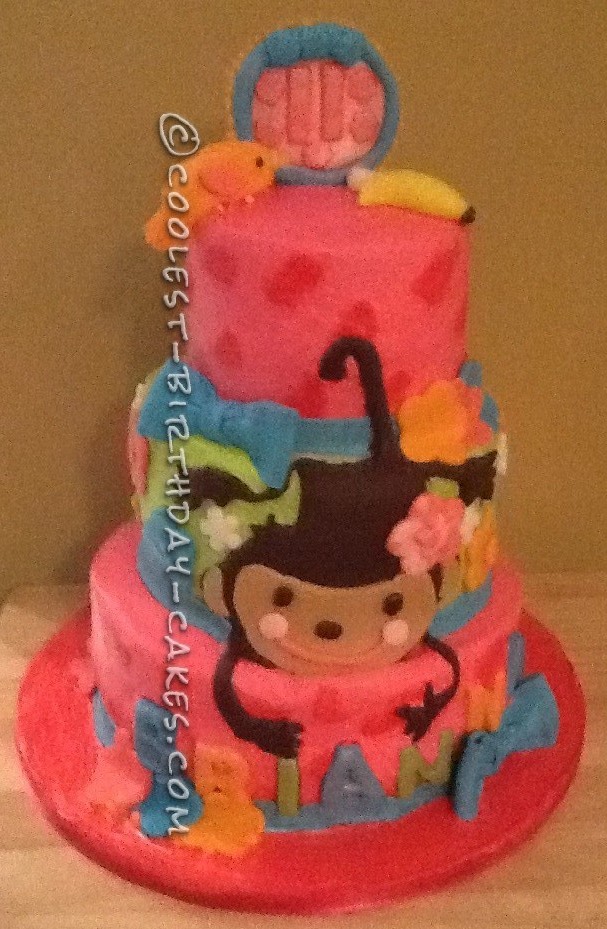 This monkey cake was created for a little girl’s 6th birthday. It was a 3 tier butter recipe cake with buttercream icing and fondant accents. The monkey, banana, bird, and flowers were made from fondant. The bird and the banana were molded free hand and the flowers were cut out with fondant cutters. I just … Read more 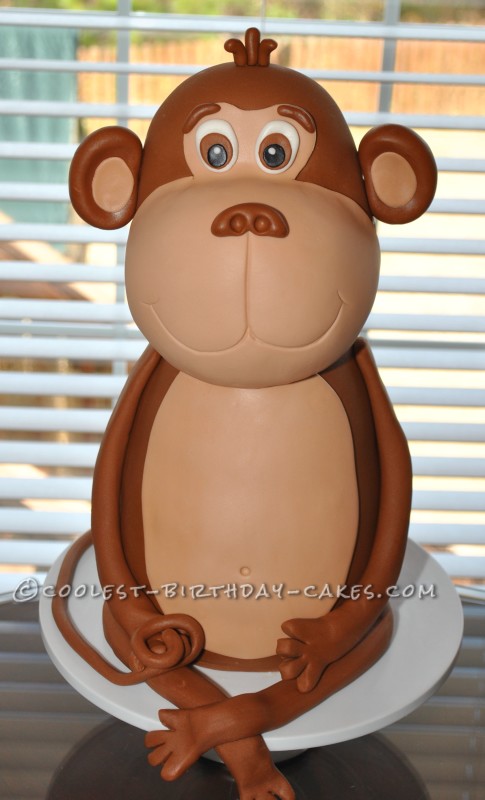 I am a home/hobby baker and often get asked to make baby shower cakes and it seems everyone I know is having a baby these days. They usually send me a picture of the bedding as inspiration. When I received the picture this time it had an adorable little monkey face on it so I … Read more 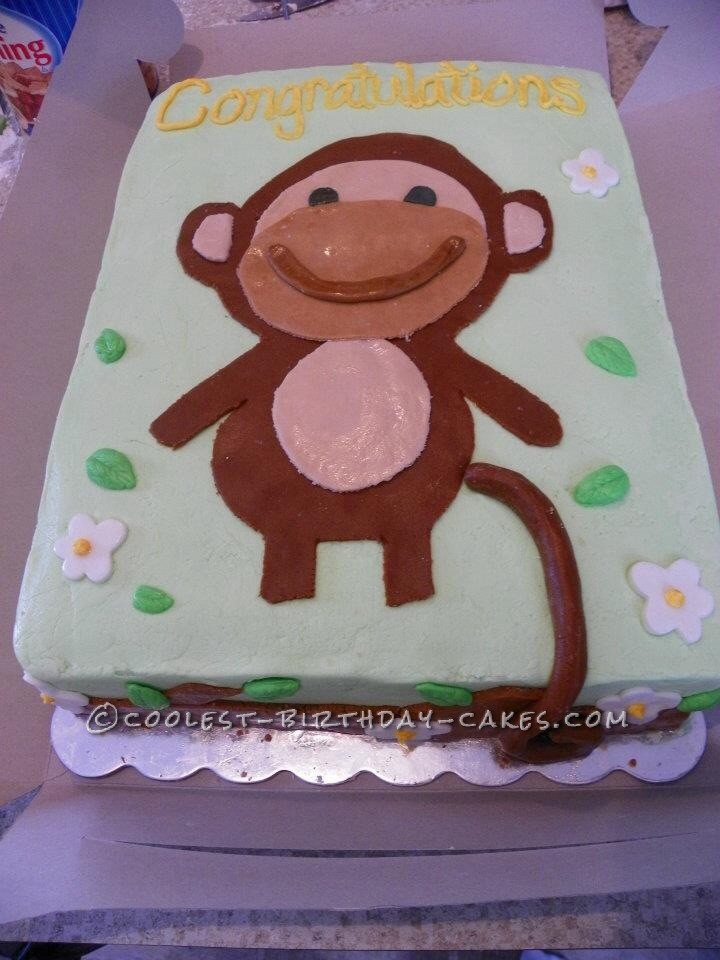 This cake was made for a friend that was throwing a baby shower. Mom to be wanted a gender neutral cake with a cute monkey on it. The cake itself was a full sheet cake cut in half and stacked with vanilla butter cream in the middle. My friend wasn’t excited about the thought of … Read more 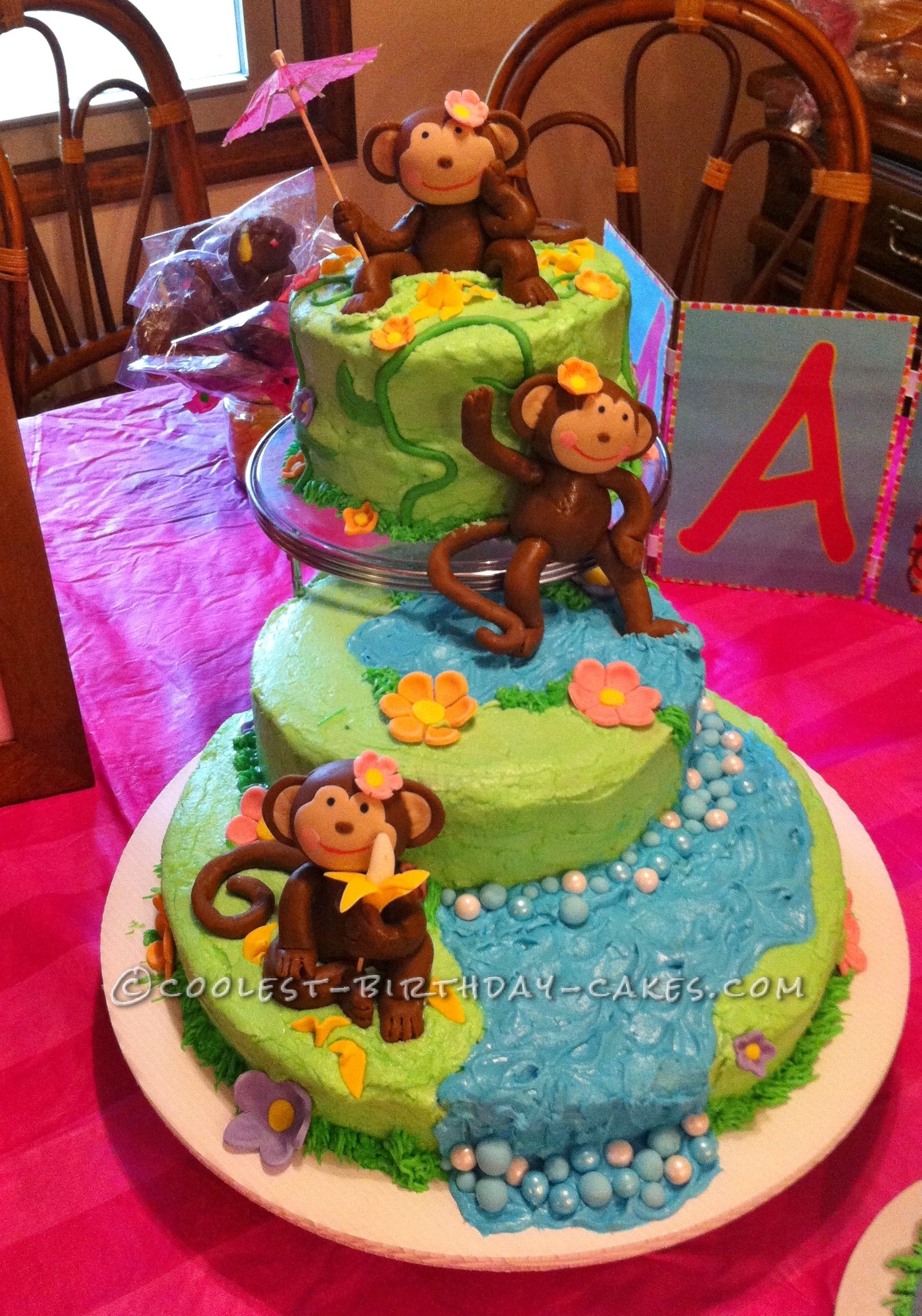 For my youngest granddaughter’s first birthday her mommy wanted a cake with monkeys. Her room has monkeys and her nick name is “Monkey.” We found napkins with monkeys and I patterned the monkeys on the cake after the ones on the napkins. The cake is on a Wilton 3-tier party stand. I started preparing over … Read more 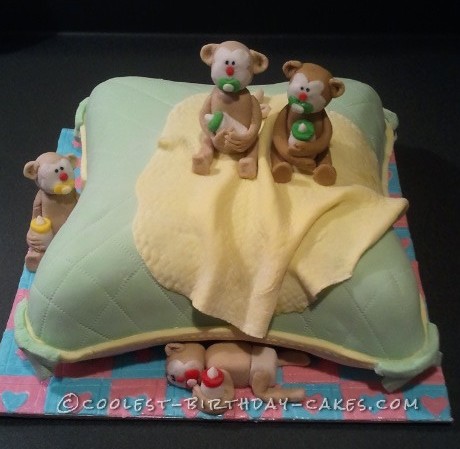 This monkey baby shower cake was created for a friend’s baby shower.  She did not find out the sex of her baby and a neutral themed cake was needed, so I used green and yellow.  I chose to make baby monkeys since my friend used monkeys as a theme for her baby.  I made the … Read more 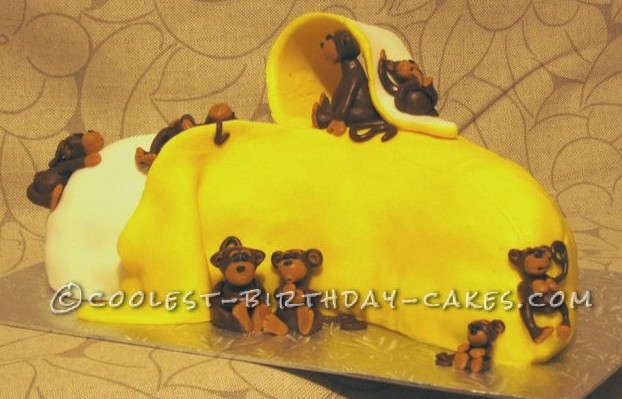 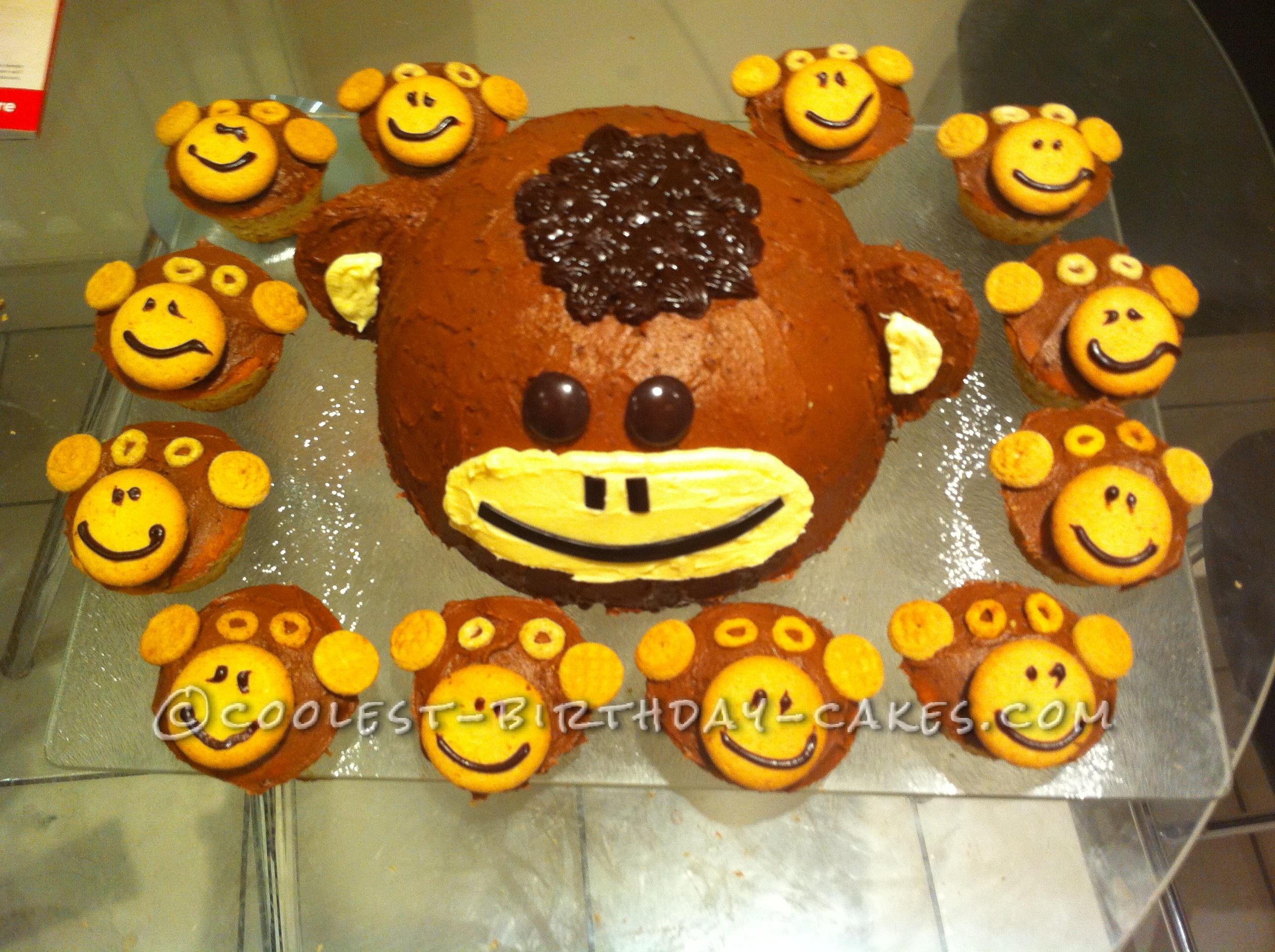 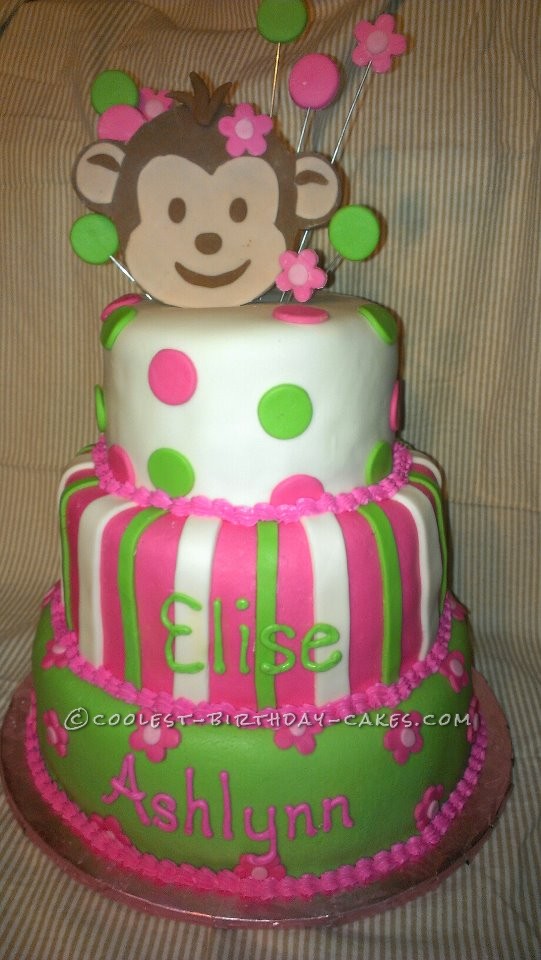 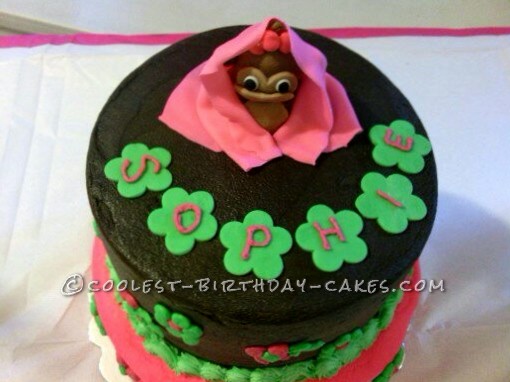 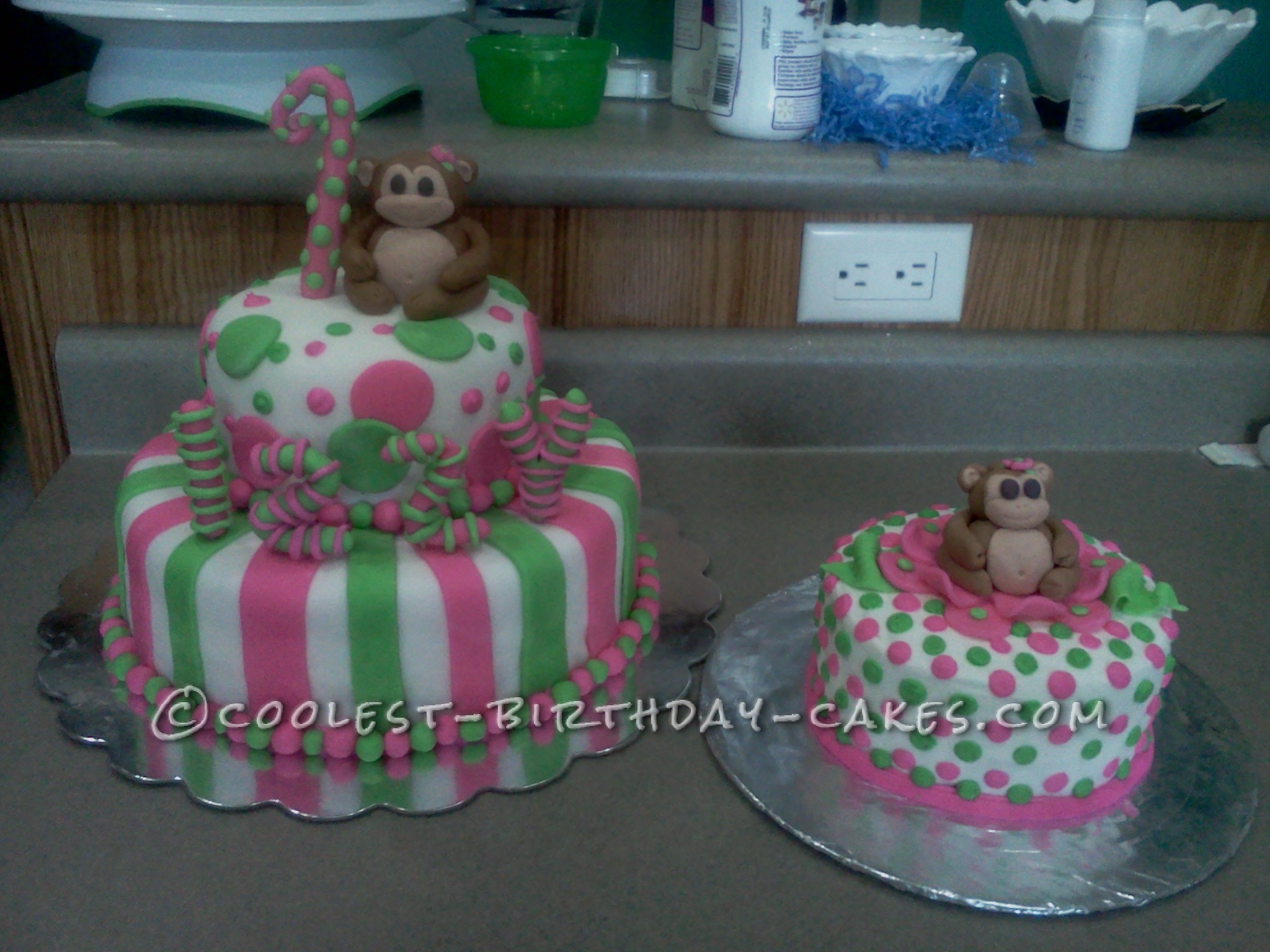 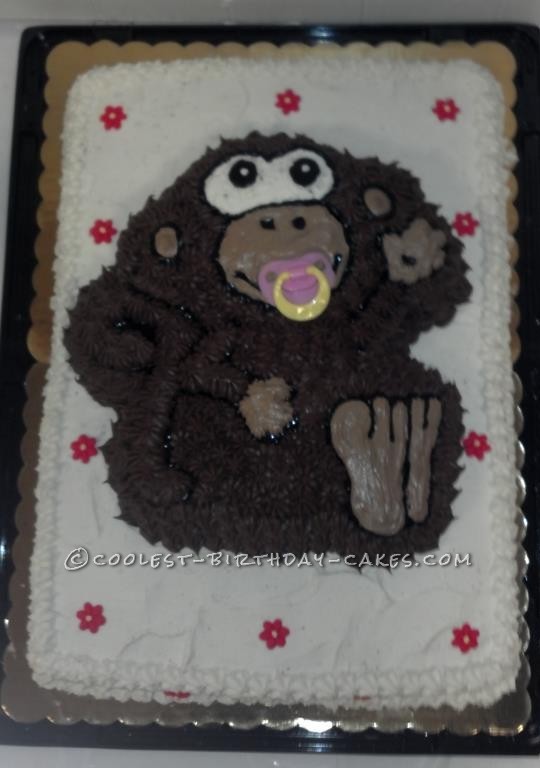