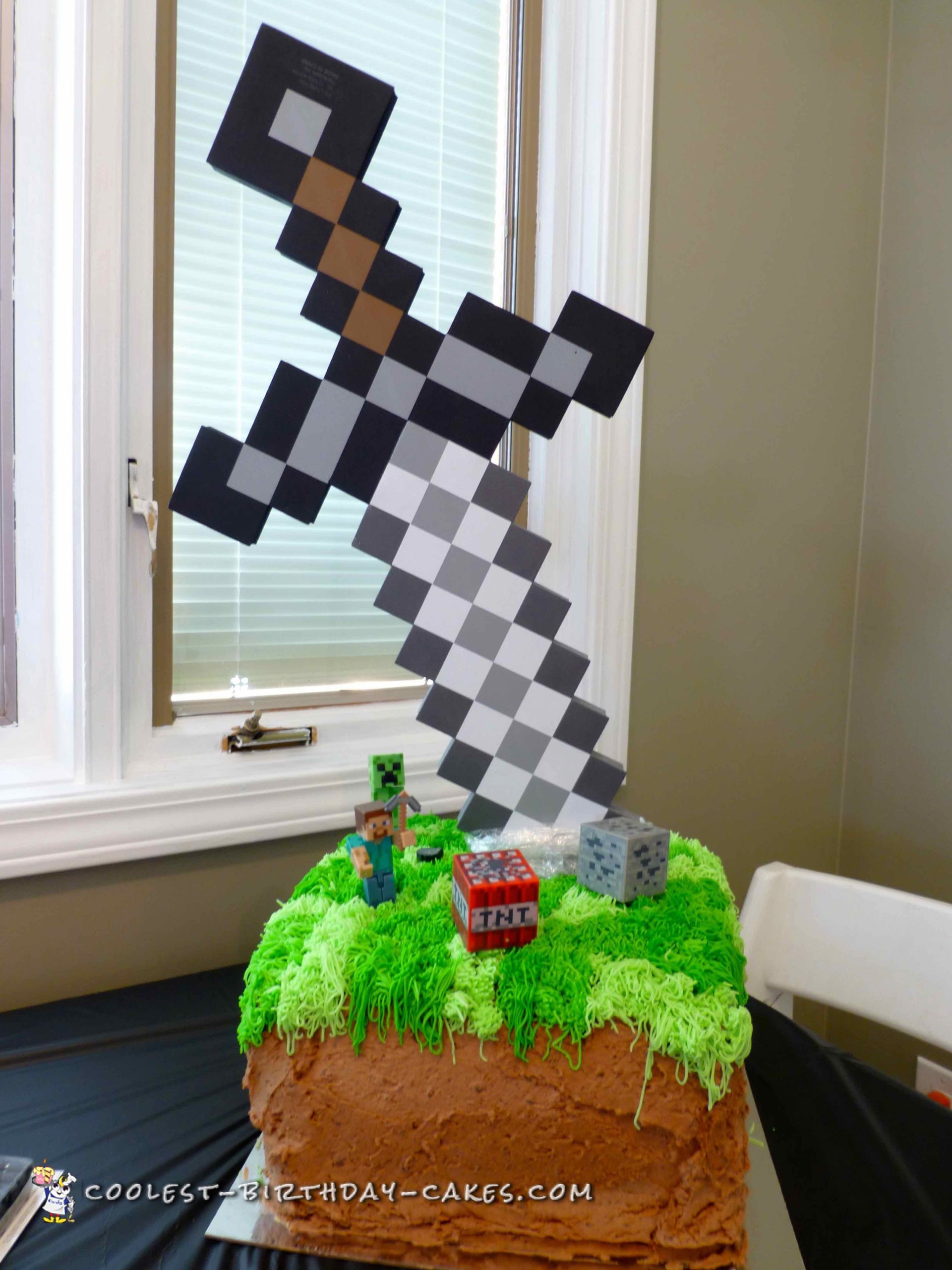 My grandson was turning 11 and as most 11 year olds, he’s so into Minecraft!  I had made his sister Elsa and Anna cakes a couple months ago, and now he wanted a Minecraft cake.  This should be much easier, or so I thought!

A word about the cake pan.  I used Pam with flour and the cakes came right out!  Just make sure to spread the Pam all around the whole pan, and get those corners!

My grandson wanted either the Minecraft sword or axe sticking out of the top.  I was looking for the foam ones so it would not be too heavy, but I could not find them at any stores and there was no time to order online either.

Then it came to me. It was close to Halloween! The Party Store!

Sure enough, they had them and I had a 50% off coupon.  I chose the sword.  While at one of the other stores I purchased a “Steve” and “Creeper” to also put on top of the cake.

All in all, it turned out well and he was happy, which is all that counts, but there was way too much cake!  Next time I would only do a 3 tier cake.  I also might make a smaller sword.  The one I purchased seemed huge in the cake.  Like I said, though, he was happy! 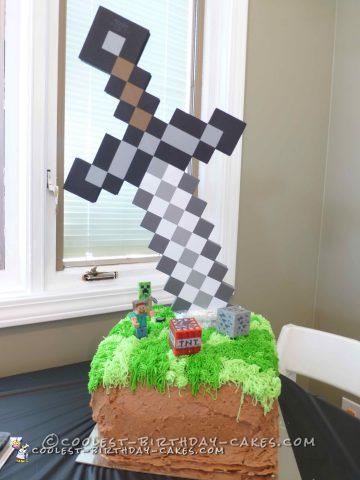 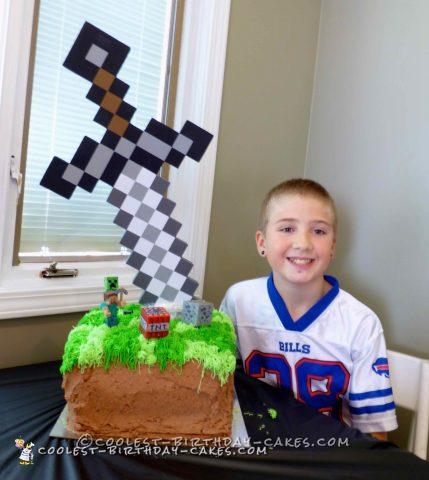