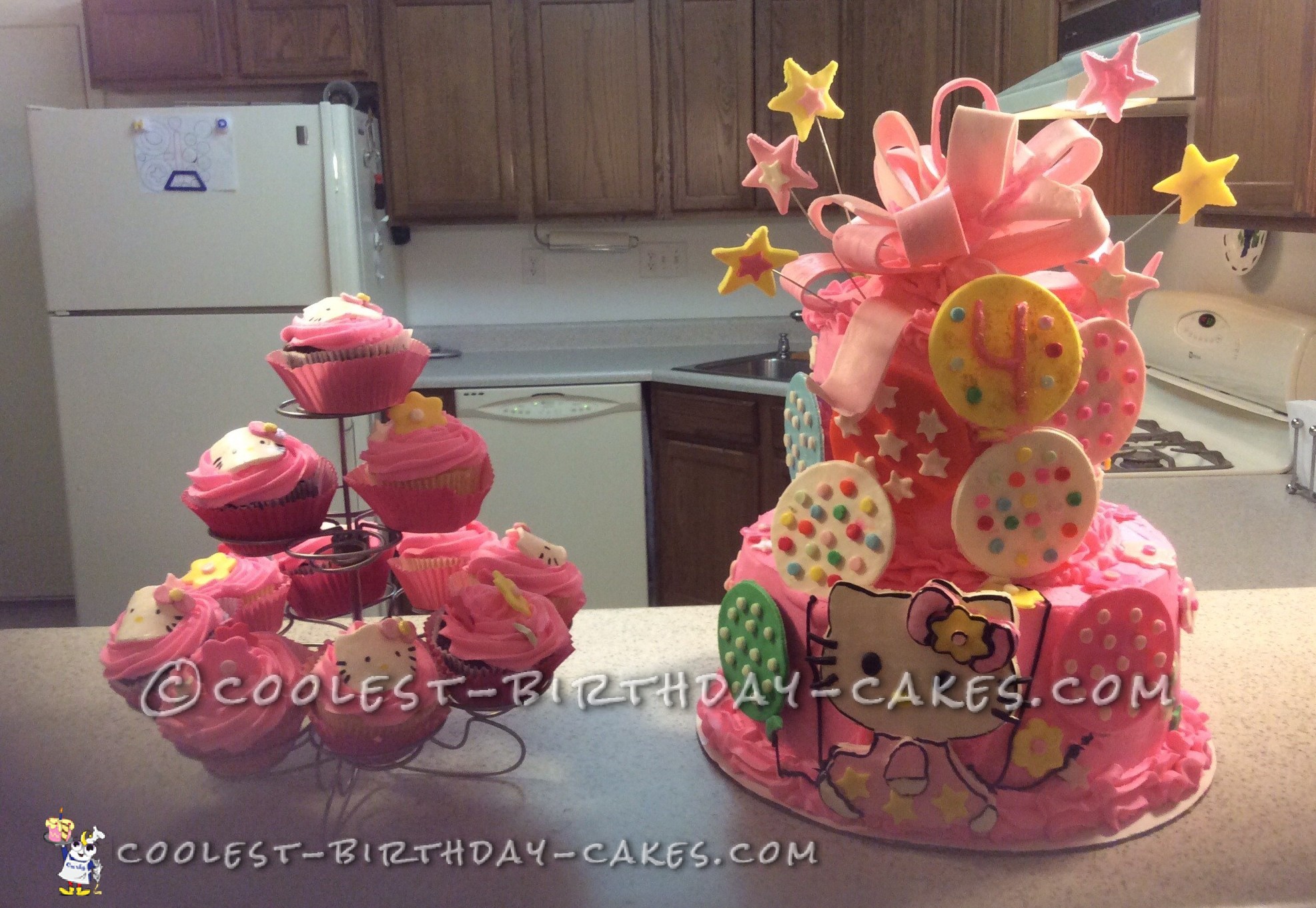 I had this Hello Kitty cake in mind one year ago for my granddaughter.  She didn’t even know about Hello Kitty until someone gave her a Hello Kitty doll only a few weeks ago.

The prep began one week in advance for the decorations to be made from fondant!.  I used some pre-colored fondant and then some I colored myself. One box that I used and just bought was rock hard.  It took forever to get it pliable.

My house had little kitty decorations all over in rooms so one of my grandsons who is almost two would not get into it.

I had a little trouble making the bow.  At first I used too many loops. That didn’t look good on the top tier, which was a six inch cake, so I made it smaller, breaking two loops in the process. Luckily I made extra bow loops.

My big Hello Kitty was somewhat heavy as I had layers of fondant to deal with.  Placing it on the cake was scary, almost like what you see on cake contests (they bring their masterpiece to the judges table and it sometimes wobbles or falls)!  Overall,  I feel this Hello Kitty cake and matching cupcakes were a smash!

The cupcakes had small Hello Kitty faces and some had stars and blossoms on them. They were fun to create!

I used vodka and pearl dust to give the fondant pieces some shine.

When delivering the cake and cupcakes to the birthday girl’s home, my car was full of containers and pans holding all of the cupcakes and decorations that were needed for the cake.  I had to make six trips to the car, not to mention in the cold.  Bringing in the tiered cake wasn’t so bad as I had a cake safe.

Now, putting the cake together begins!  Once the two layer cake was in its place, I carefully started to put Hello Kitty together.  The balloons went on, stars and blossoms scattered around the cake and finally Miss Hello Kitty herself.  I very carefully picked her up and dabbed icing to the cake and placed her at her designated spot.

My older grandsons (seven and eight) thought she was a cookie.  The birthday girl  was very happy!  It was a joyous occasion, but I didn’t get to taste any of the cake as one of my daughters who is seven months pregnant was having pains and we left the party as the cake cutting ceremony was taking place.

All is well.. and I’m looking forward to making another cake this weekend for my grandson who will be two. 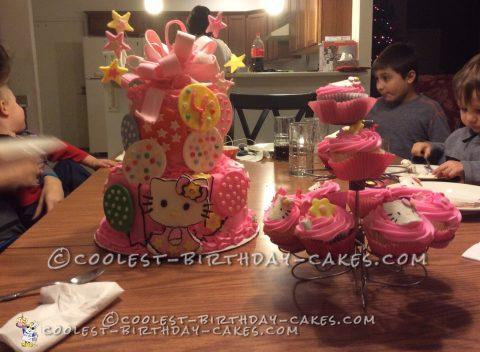