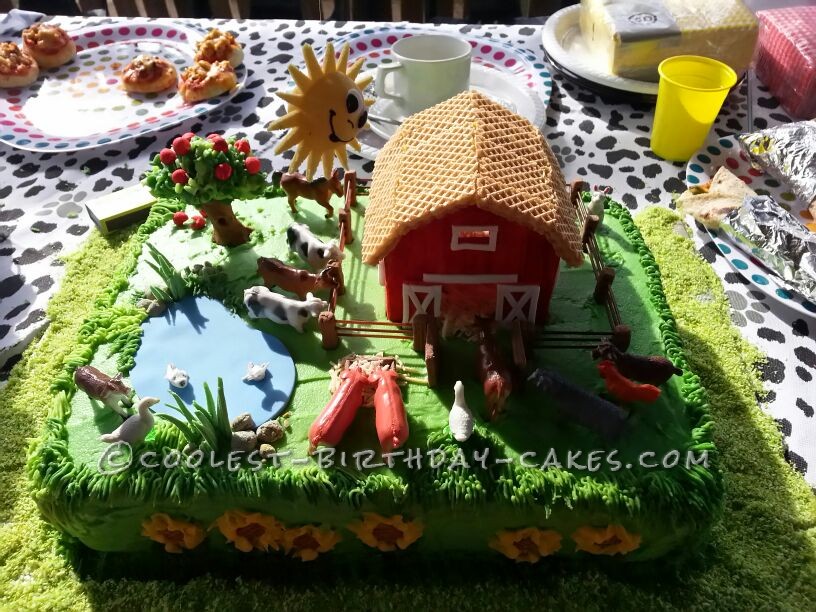 My grandson Cayden, who turned four on this birthday, presented me with a drawing of exactly how he wanted his birthday cake to look. “I want a farmyard please, grandma”. He was very specific in explaining that he wanted a tree with apples, there HAD to be a pond with fish jumping out, the barn HAD to be red, and lastly, his most important “had to be” was a big sun in the sky over the barn. “Now grandma,” with a little wagging finger, “please don’ t forget the sun!” Don’t ever say you can’t, because apparently grandmas can do everything.

The easy part was the grass, pond and sunflowers. The tree had to be re-modelled three times. I finally discovered spaghetti! Fondant icing with spaghetti re-enforcing works wonders. And then “pile-driving” the spaghetti deep into the cake was an excellent base for the tree to stand on. It didn’t end there. The posts of the fence were secured to the cake with…..spaghetti. The rails, of course, spaghetti. The best part of the spaghetti project was the roof of the barn. How to hold up the wafer roof tiles? What else, spaghetti trusses.

Having overcome all these obstacles I was very tempted to abort the “sun issue” and explain that some things are not quite as simple as you think, even for grandmas. But, I happened to have some small polystyrene balls, just the right size, so rolled the fondant paper-thin and modeled two half circles around the balls. Now for a many-pointed star. All glued together, smiley face, great sun! My friends Christmas string came to the rescue. It was gold thread twined around two almost transparent nylon threads. After about two hours of carefully unraveling the gold part, what was left was just over a meter of nearly invisible thread. It was carefully attached to the sun, and even more carefully attached to the beam of the roof which was over the cake.

Whew! The sun stayed happily looking down on the farm for the duration of the party. 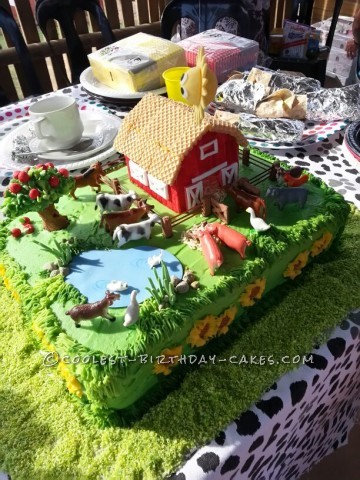 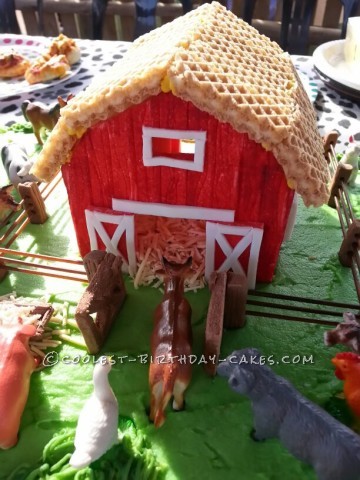 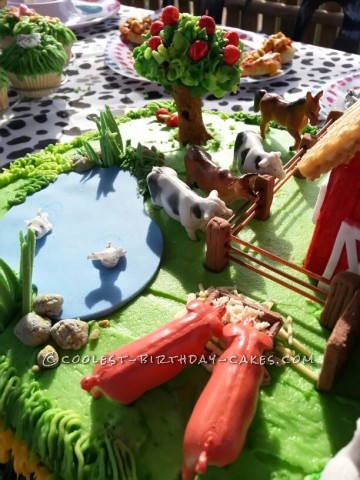 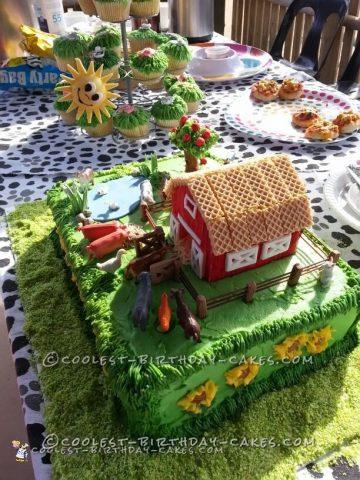