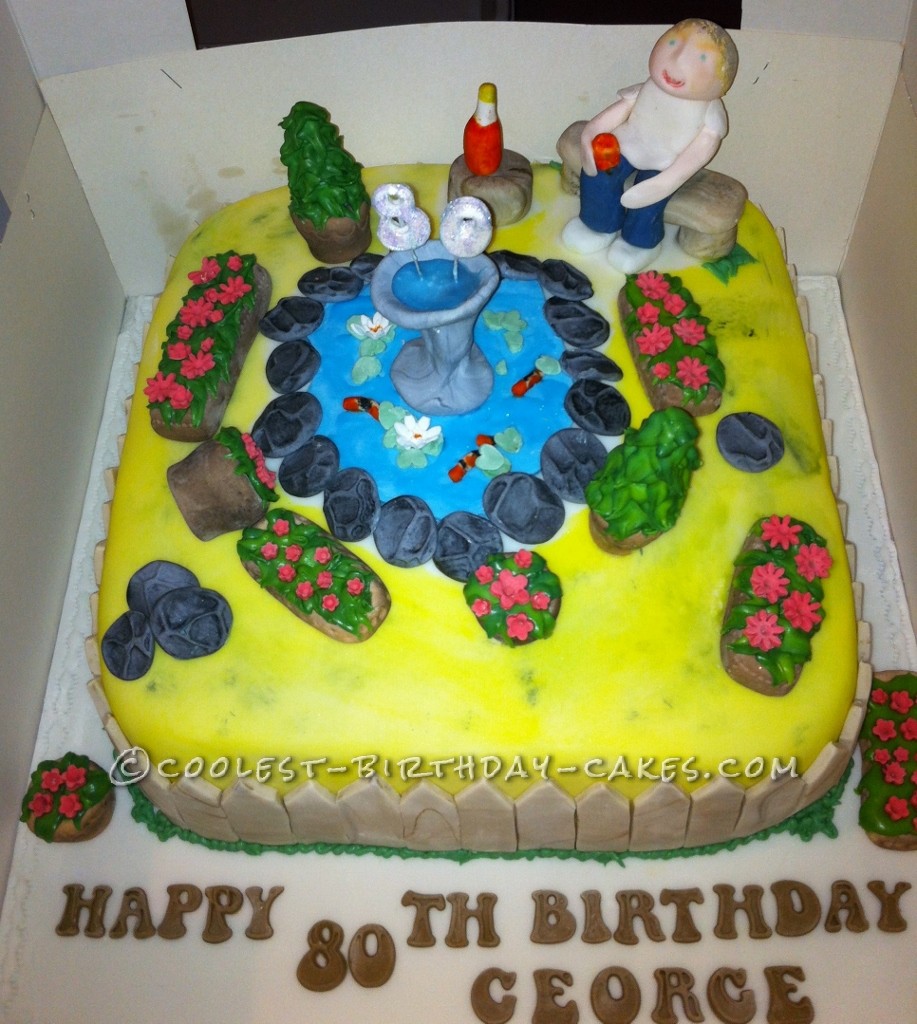 I really enjoyed making this pond birthday cake , it was for an 80 year old man. I was given a hand drawn picture of an idea they had George loved sitting in the garden by his pond and the rest was left to my devices.

I started by making different shaped flower pots out of icing, then I made the stones for around the pond. I made a water fountain for the birds to drink out of then I made a bench for the man to be seated on and a table to stand the man’s drink on. I then supported the bench so I could start to make the man. I started making the man. I made the legs and then gradually built up the body. I pushed a cocktail stick into him before I attached the head to support him and stop him from falling apart.

When the pots were dry I colored some royal icing in green and piped the leaves into each flower pot and cut out little flowers and attached these on top of the leaves. The large trees I made these by making a dome and pushed it into the flower pot and when the dome was dry I piped the leaves onto the dome. I then rolled little sausage shapes to make the koi carp and these were painted orange, black and white when they were dry with food coloring.

Finally I cut out the number 8 and 0 and attached these to a wire and left them to dry before coloring in a glitter and attaching them into the fountain. I then made some small white flowers for the lilies and some leaves for the pond. I baked a 11″ square cake and when chilled I filled with jam and butter cream and then I covered the whole cake in butter cream and chilled in the freezer and the covered in white roll out icing. I left this over night to harden, meanwhile I covered the cake board in white and this was then set aside to harden.

The next day with a piece of sponge I mixed different colors of green with a little pure alcohol and brushed it over the cake until it was the color I wanted, this was then left to dry again.
I then colored some icing in a light brown and I then added a small amount of dark brown and kneaded slightly until I had a marble effect to resemble wood grain and I started to cut out the fence piece by piece attaching it to the cake as I cut them out until it was all around the sides of the cake.

Now I attached the man on the bench and his table and then the flower pots keeping 2 for the cake board. Finally I cut out the lettering in brown and attached this to the cake board. It was a lot of work but the end result was well worth it and they loved it. 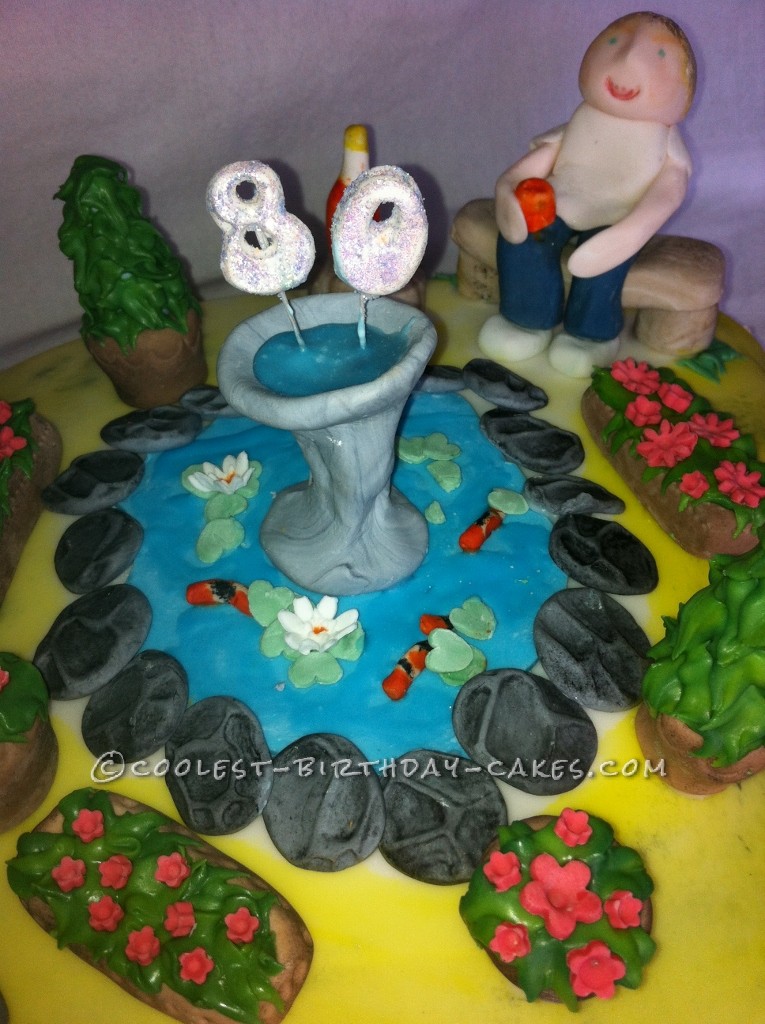 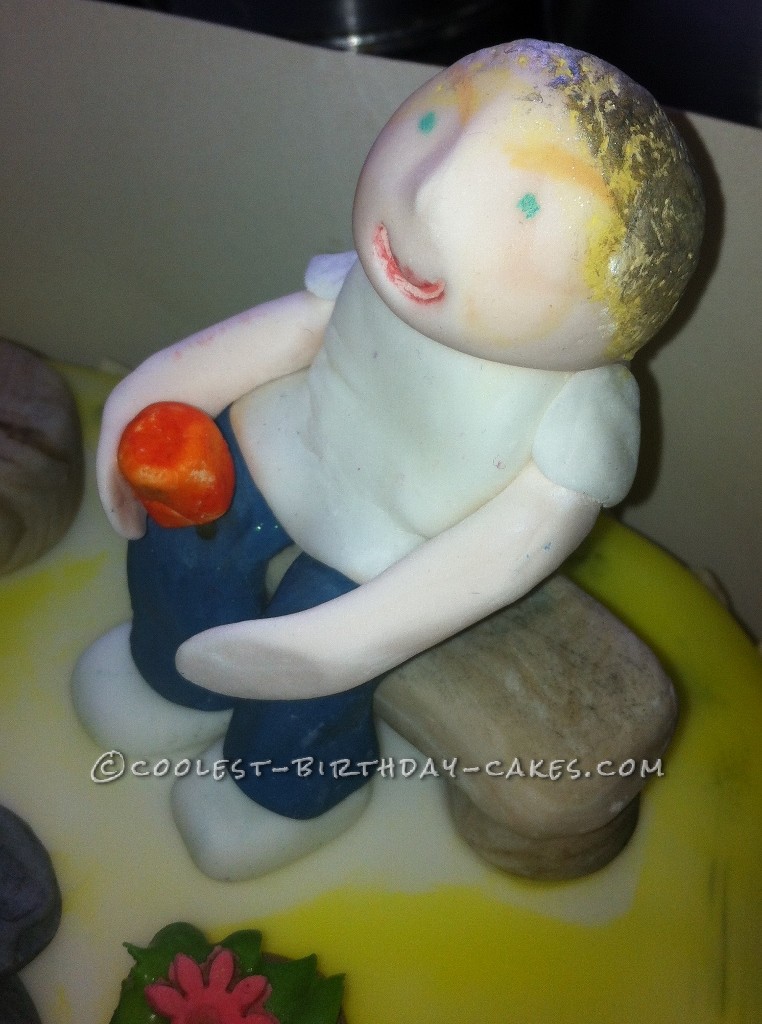 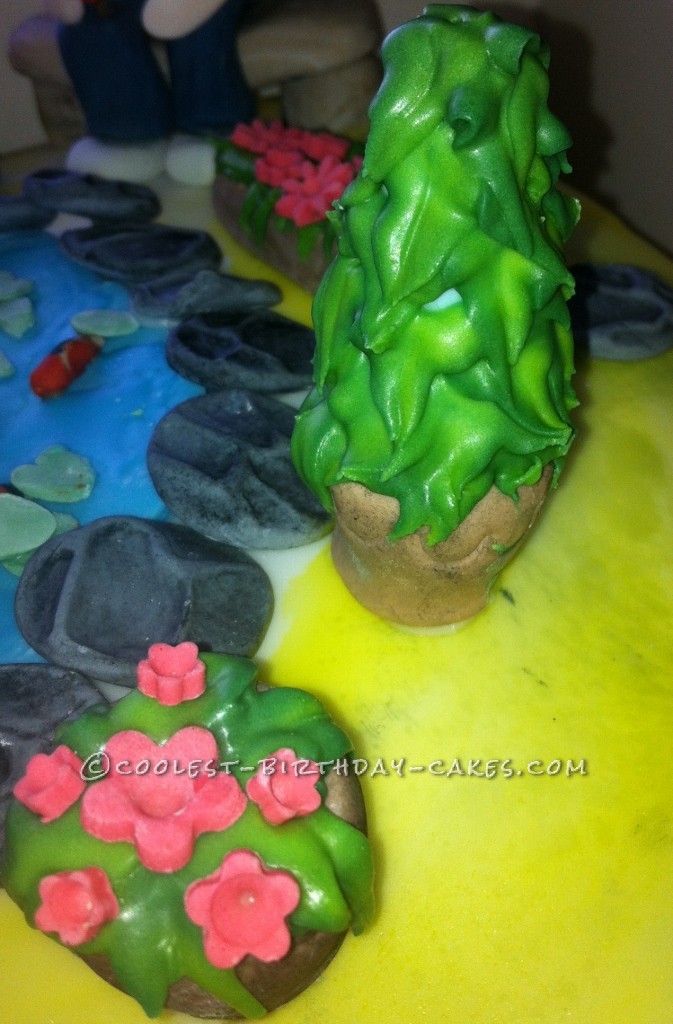 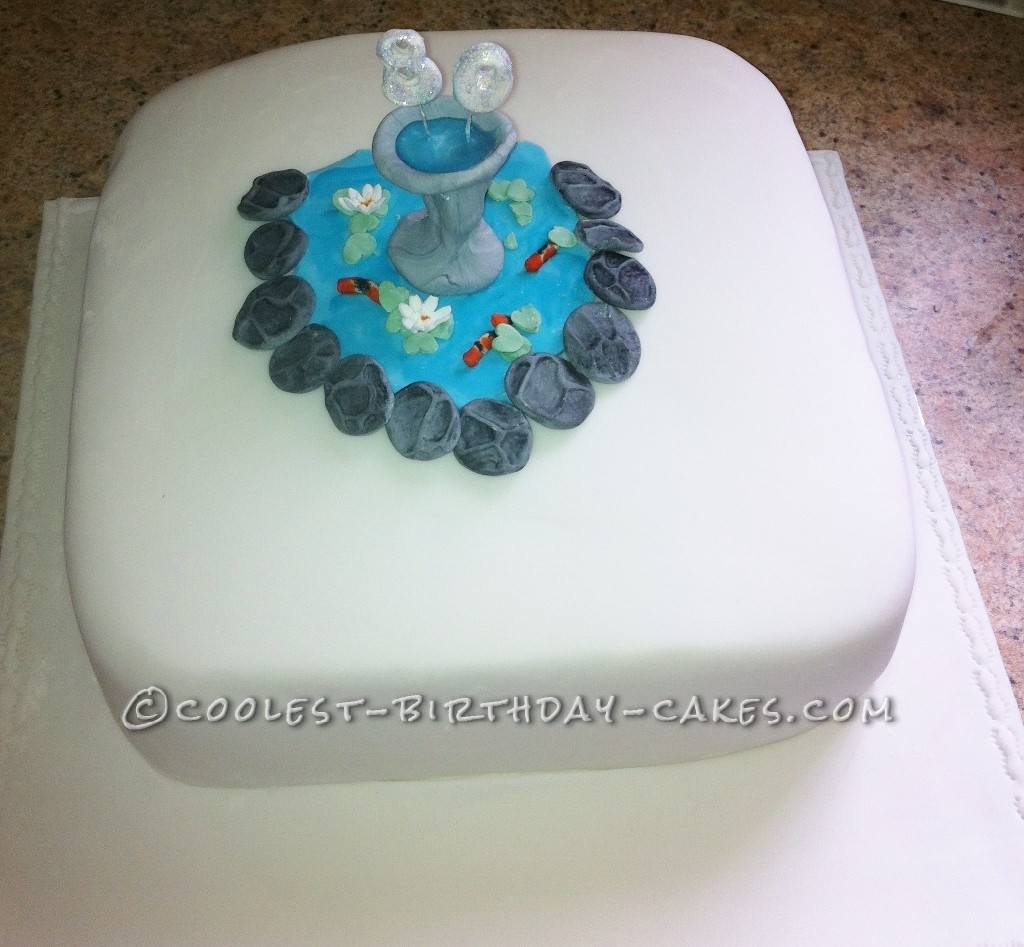 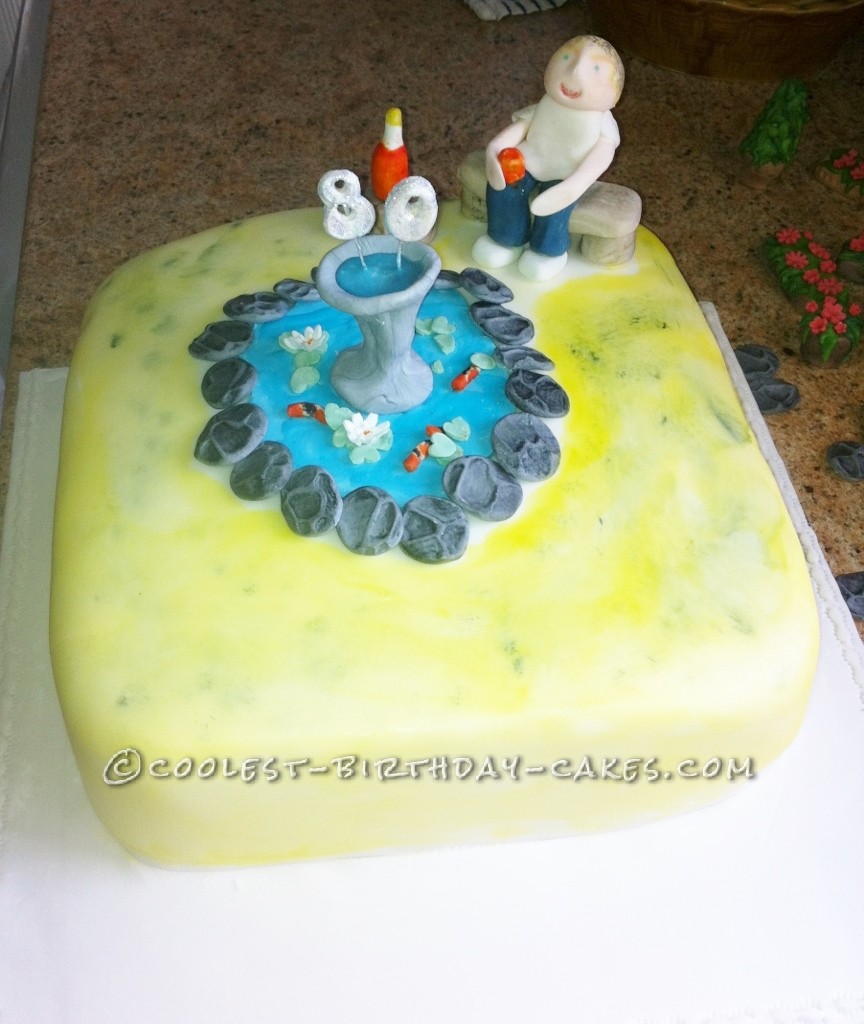