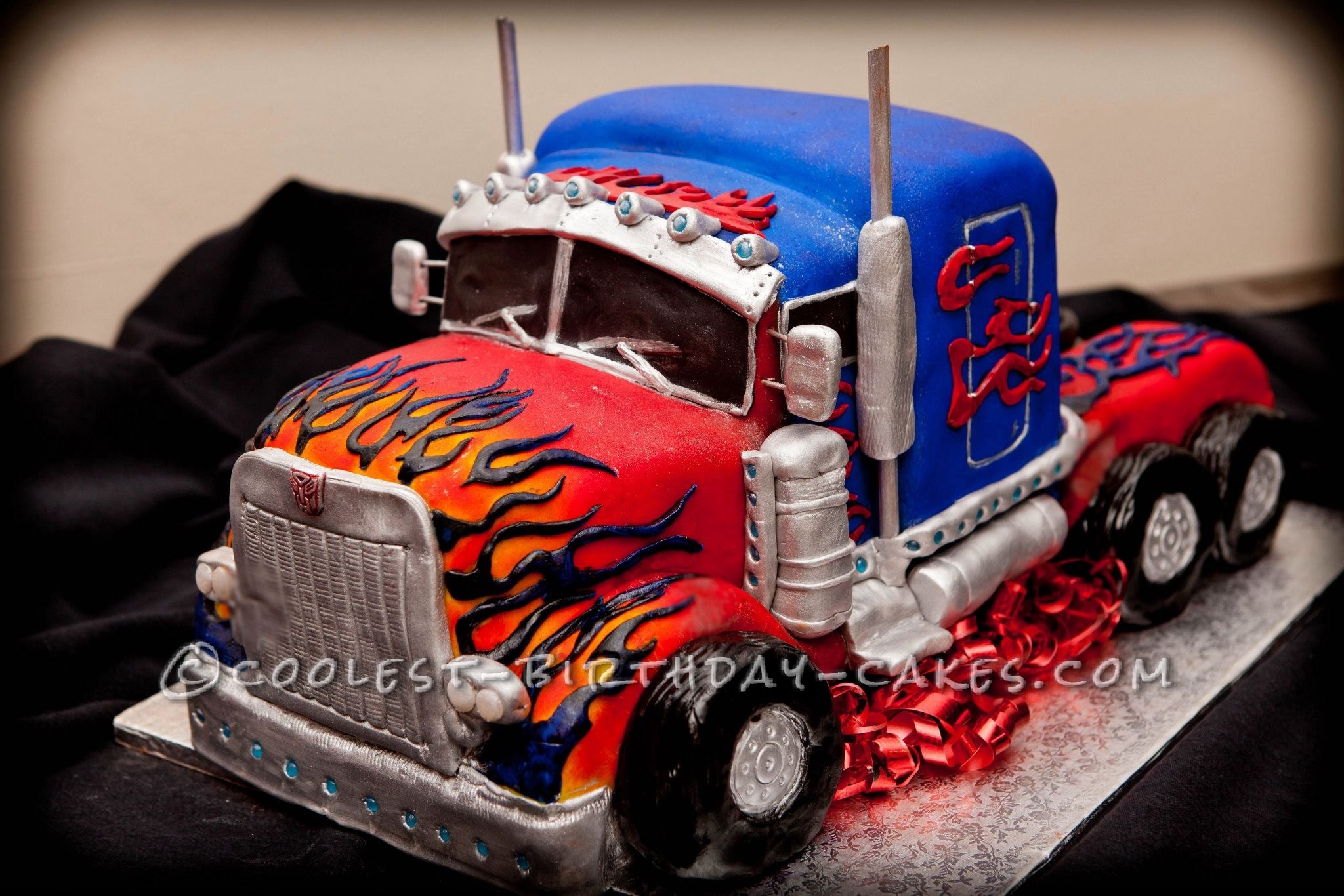 My 4 year old son thought it was the coolest Optimus Prime cake ever! This cake was born out of pure frustration of having to always pay a fortune for pretty but tasteless cakes that need a year supply of coffee to flush it past the gag reflex to try and swallow and eventually after the pics of blowing out the candles just giving up altogether and giving it to the dogs where from there after the dogs sniff it and look at you as if you’re trying poison them you toss it in the trash!!

Soooooo being a graphic designer and photographer I decided “Hey how hard can it be??”

Well after three days one airbrush disaster (lets just say when it glogs don’t point it at your face while pulling the trigger to try and figure out the problem!! That Americolor ain’t no joke to wash off!!) and a butt load of fondant later….Optimus Prime was born!!

I made a chocolate fudge cake that modeled quite nicely!

And being a HUGE fan of any cake show I put all my cakeboss knowhow to use!

First I shaped….and shaped….and shaped….
Then came the butter cream “crumbcoat” ….look at me using all the fancy terms!!
In the fridge overnight…(and with the cake being THAT huge everything else slept outside the fridge….so what wouldn’t spoil had to be eaten!
Then came all my worst memories all rolled into one horrifying afternoon!!!

I had to cover it with fondant!….Gmpf!! The guys on food network makes it look easy…it most certainly is not!

After having spoken the best of the worst of colorful language, cake covered!

Then came the airbrushing! (And the disaster! I did not appreciate the nickname mama smurf!)

Halfway through, the resident expert (my four year old) astutely points out that Optimus Prime’s nose is NOT yellow but orange!?!? Okay…to the bake shop and some orange luster dust to the rescue!

Then a whole night of cutting and painting flames!!! Had some serious hot flushes that night going to bed!

Then day 3 the trimmings! Some edible jewels for the “lights” and rice krispy treat for the wheels ( they turned out very wonky but hey they were there!)

And then cupcake toppers!! At this point I was starting to think What was I thinking if at all….

So Playdough has these cute dough presses for bumblebee and optimus!!

It works just as well for fondant!!

After everything the tears from my best friend when I eventually cut into the cake (the back!!! Start cutting at the back!!!!) and all the oohs and aahs and everyone posting the pics of the “most amazing cake” to FB I was smiling like a cheshire cat who had just received a year supply of cream!!

So goes to show! With enough determination anything is possible!

And the cake was delicious!! Even if I have to say so myself! 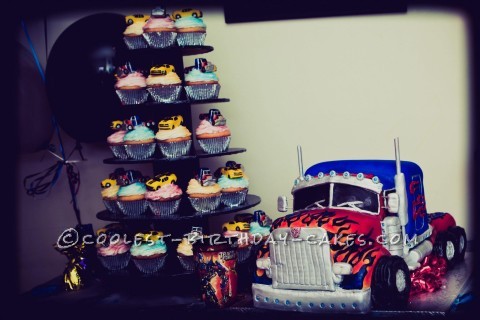 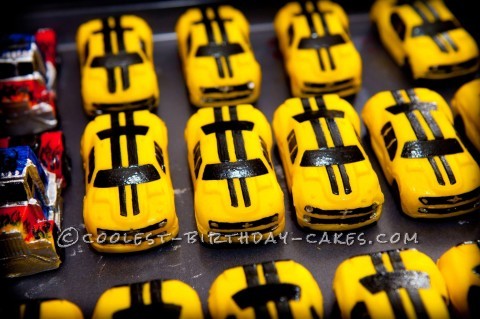 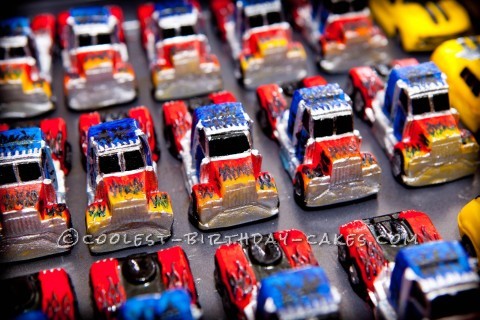