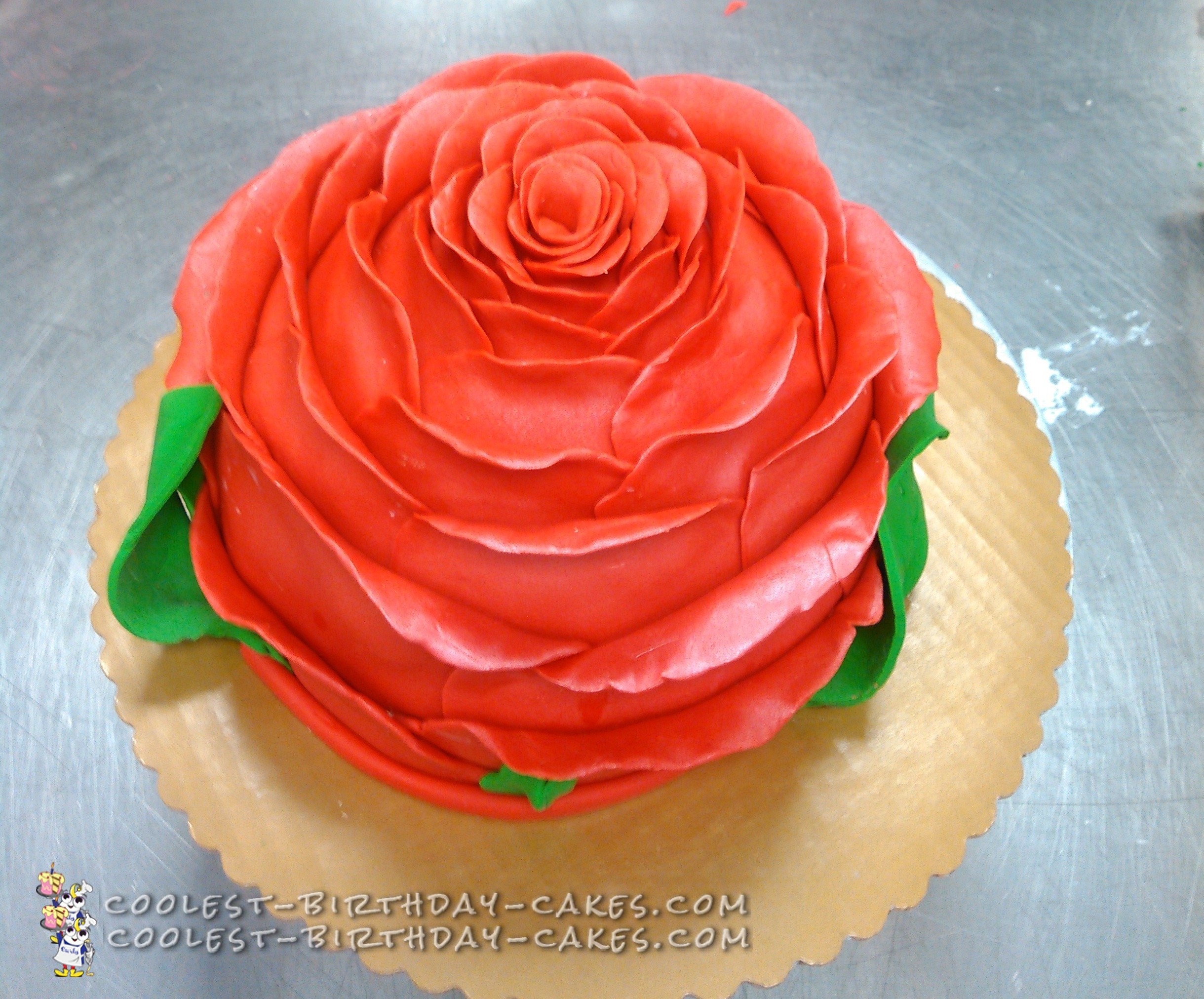 This cake was inspired by a video that was sent to me via Facebook by a friend.

I used two 8″ layers. The layers were stacked, trimmed and shaped to look like a ball. The ball was then iced with buttercream icing set aside.

Next I used red fondant rolled out thin and cut into different sized circles using circle cutters. The circles were cut in half and the round side pinched.

Starting with the smallest circles begin placing on the top centre of the ball and continue layering the semi circles from smallest to largest until the ball is covered. At this point begin forming the semi-circles to make it look like rose petals. Set this aside.

Now using green fondant roll out thinly and cut into shapes of leaves. place the leaves around the base of the Rose. After placing the leaves use red fondant on the base to complete the cake.

I sprayed the cake with pearl overlay and voilà my version the the fondant rose cake. Enjoy! 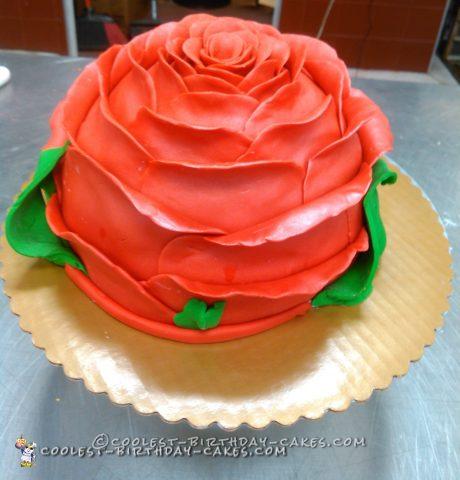 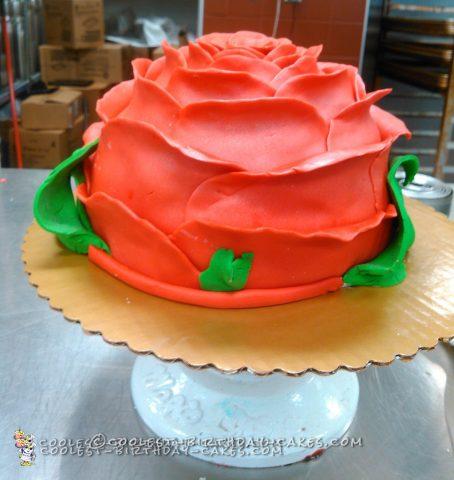