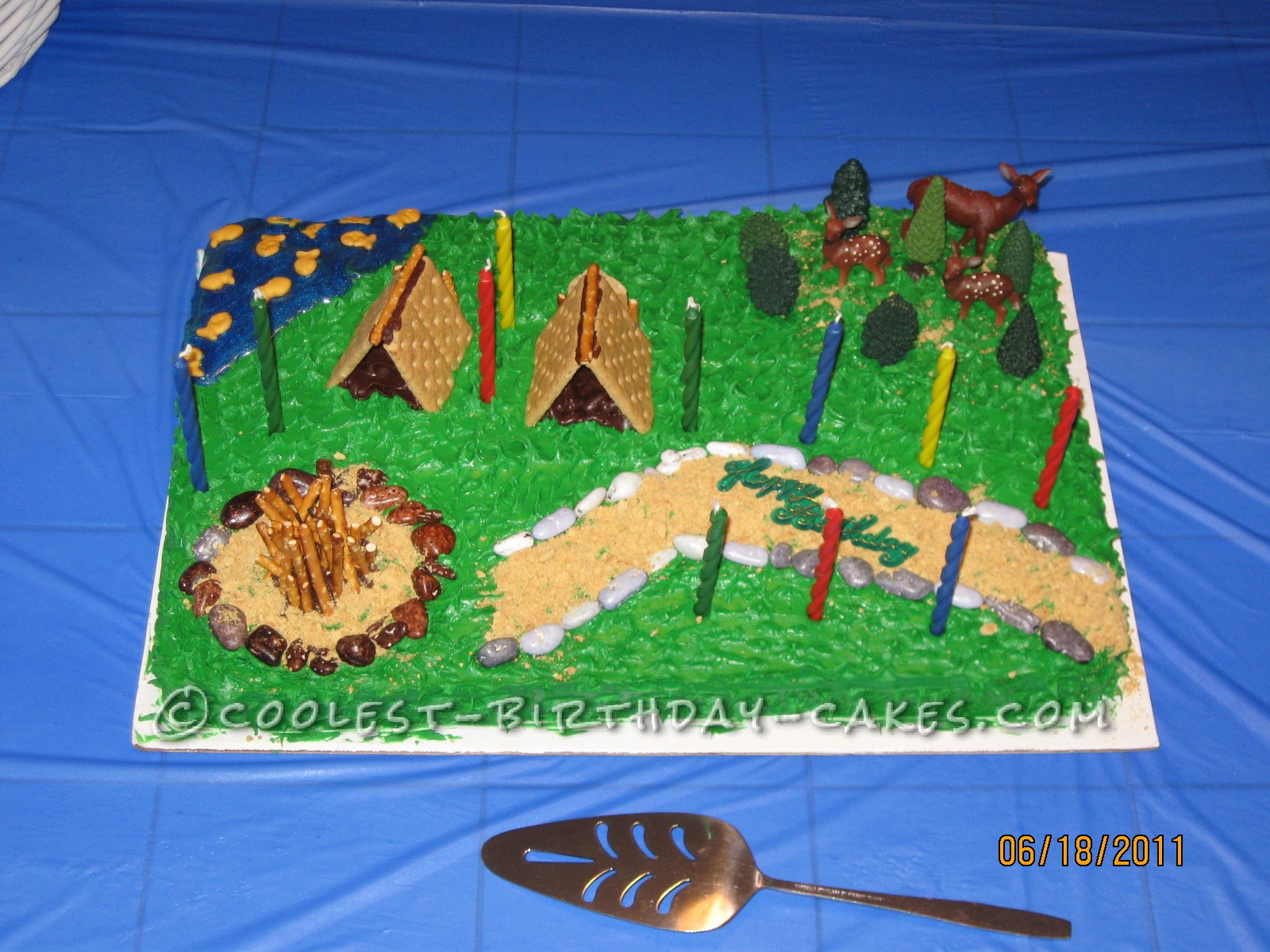 This boy scout fun birthday cake was made for my nephew’s birthday. It was super fun and he loved it.

I used a traditional 9×13 and made a Boy Scouts campsite scene!! It had all the bells and whistles. I used green icing for the grass, crunched up graham crackers as dirt to make the ground around the campfire and the pathway. I used chocolate rocks to line the pathway and for the fire pit. I made the lake out of blue icing and put goldfish swimming in it. The tents had a chocolate icing floor (to make black sleeping bags), graham crackers as the tent walls and pretzel sticks for the tent poles on the top (I put a line of chocolate icing to hold the crackers together and to hold the pretzel stick on).

I had a wooded area that had trees, bushes and deer and long candles as torches lining the tent area and the path. The coolest part of the cake was the camp fire: I used pretzels sticks as firewood and put a candle in the middle that you could not see. When you lit the candles I lit that one first so by the time you got all the others lit and started singing Happy Birthday it was smoking from the center of the fire.

The kids could not even sing from the excitement. It was a huge bonus and success!  The only part of this cake that was not edible was the deer, bushes, trees and the candles.