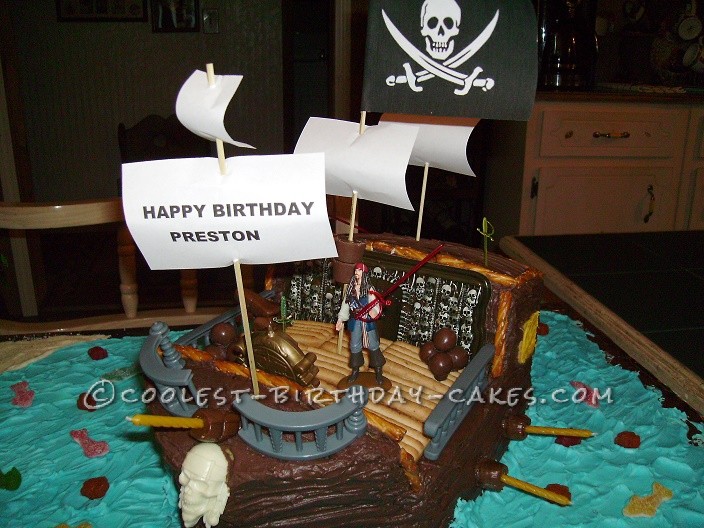 My grandson was very persistent that for his 5th Birthday party he wanted a Pirate Party. So Nanny here had to come up with a special cake for the occasion. Me and my sister decided to make a pirate ship and treasure chest.  The pirate ship was most trying because we had to stack the … Read more 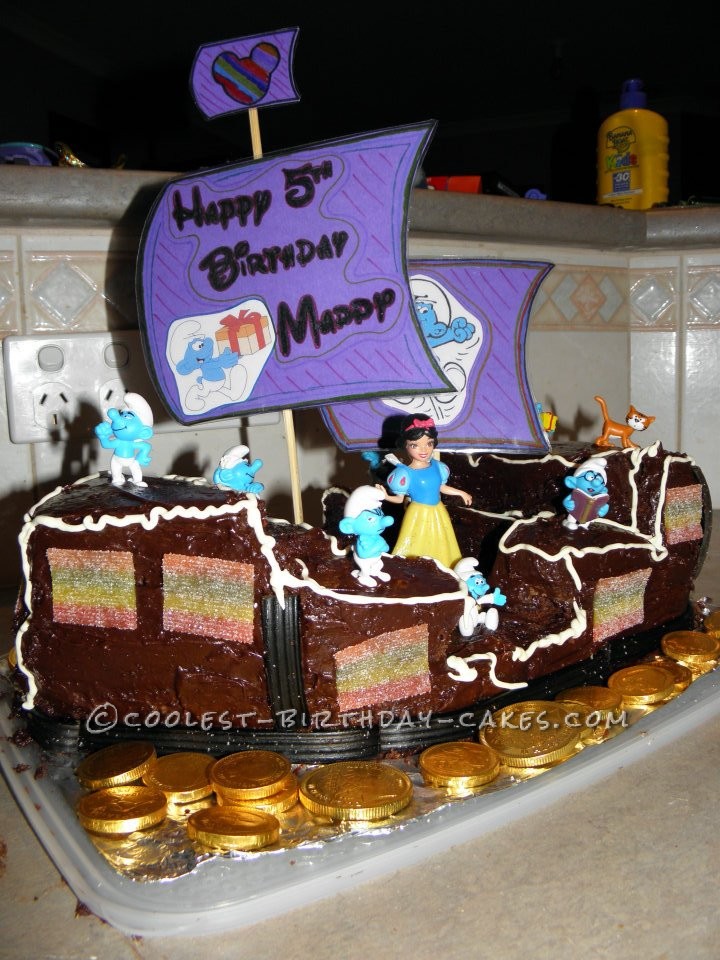 I think my big kid likes to challenge me. She certainly tried hard with this one. She wanted a pirates ship cake, which didn’t seem too difficult. I found a picture in one of my cake books and was all set. Then she decided that a simple pirate ship was not enough. She wanted her … Read more 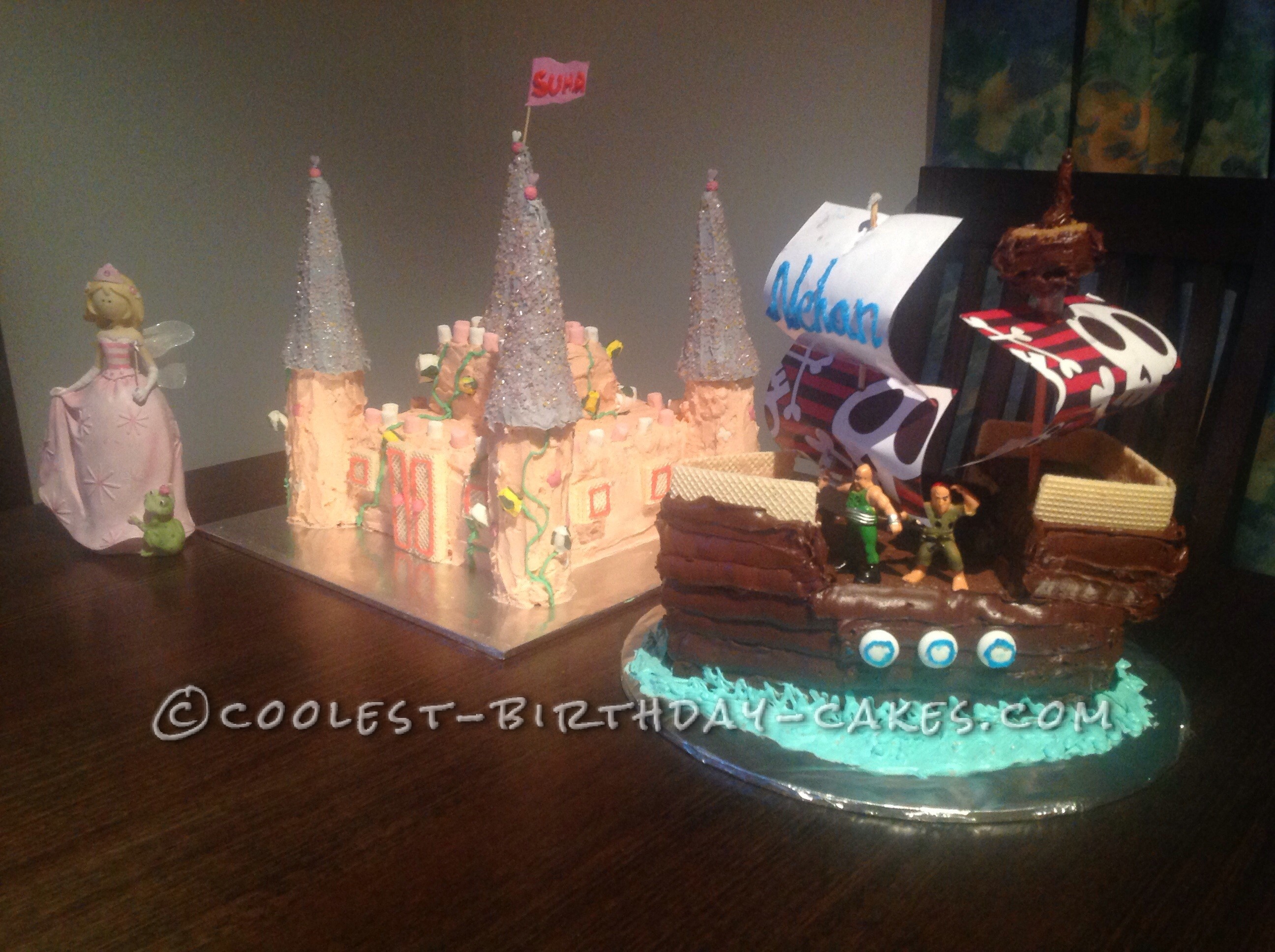 Every year it’s a difficult task to find coordinating themes for my boy girl twins. This year for their 6th birthday they selected the princess and pirates theme. Both of them were very sure what cakes they wanted. My daughter wanted a pretty pink castle and my son wanted a mighty pirate ship. Hmm.. The … Read more 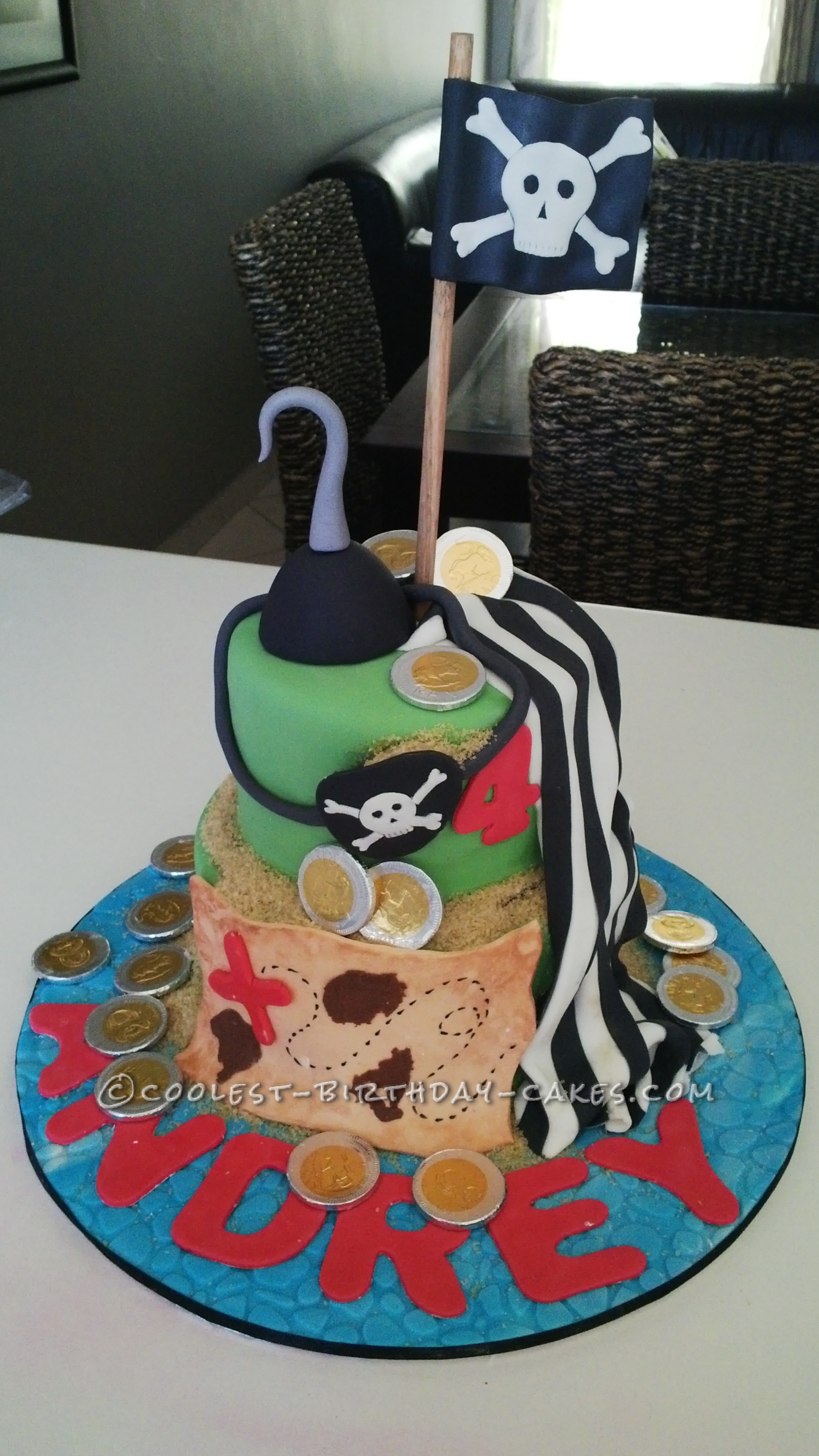 This was definitely a last-minute pirate birthday cake. The client called me a day before, when I was pretty booked up, but I love pirate cakes and they were kinda stuck, so I took it on… he sent a pic of a somewhat pale cake compared to what I deem exciting. But I think it’s … Read more 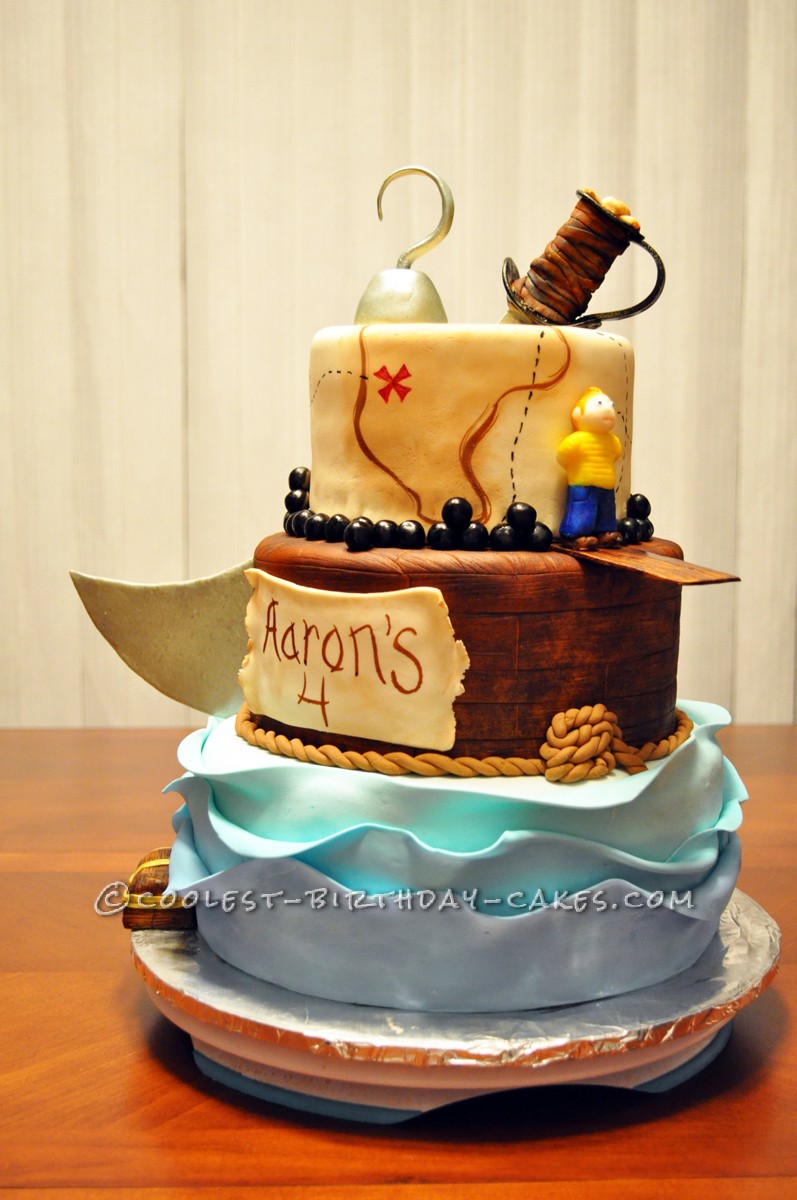 My son who was turning 4 requested a Pirate cake. I asked him what he wanted it to look like and he said he wanted a hook on top like Captain Hook and a sword. I started to brain storm asking him about certain things I was thinking about and he would yay or nay … Read more 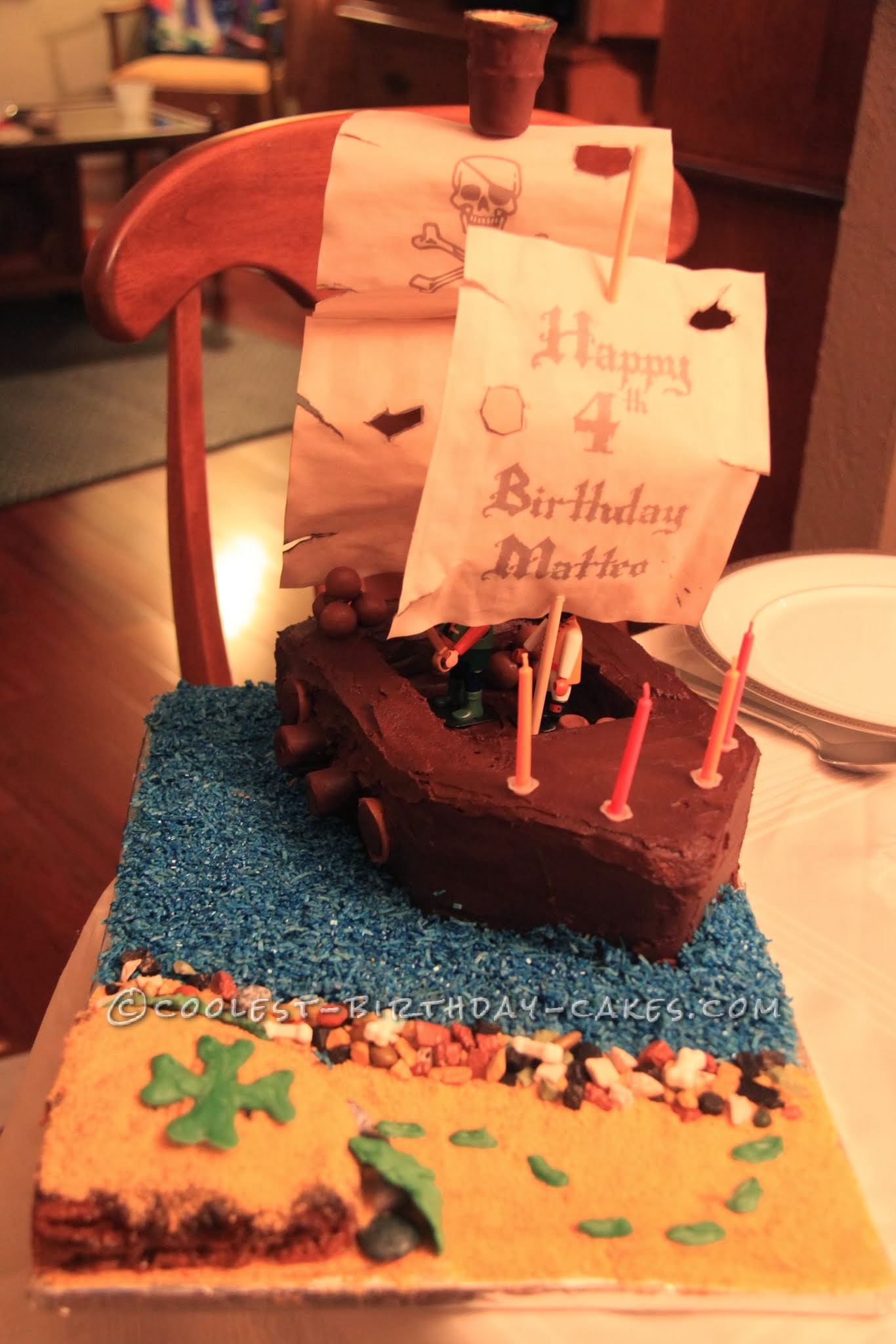 This was my son’s Playmobil pirate birthday cake for his 4th birthday which I made by using a 9 by 13 cake frosted with my homemade fudge chocolate frosting. I used a thin coat of grape jelly  to stick the blue dyed coconut flakes sprinkled with shiny blue sprinkles for the water. The land was … Read more 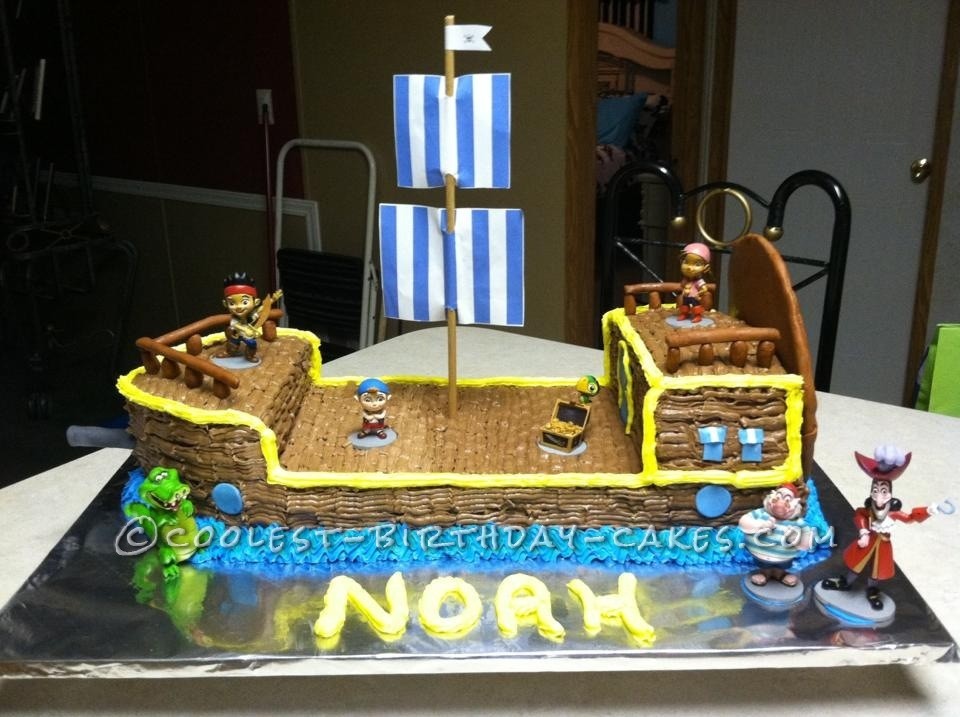 My nephew decided he wanted a Jake pirate ship cake for his birthday. He knows he just has to tell his sissy what he wants and I make it happen somehow. But I have to admit I got a lil nervous here lol. After brainstorming I thought I had it all mapped out in my … Read more

My son’s 5th birthday was pirate themed.  I have been enjoying making 3-D cakes, and I had seen lots of great ones on this site for inspiration! The “ocean” was an 11×15 white sheet cake. I colored in blue to make it look like the ocean even after it was cut. For the ship I … Read more 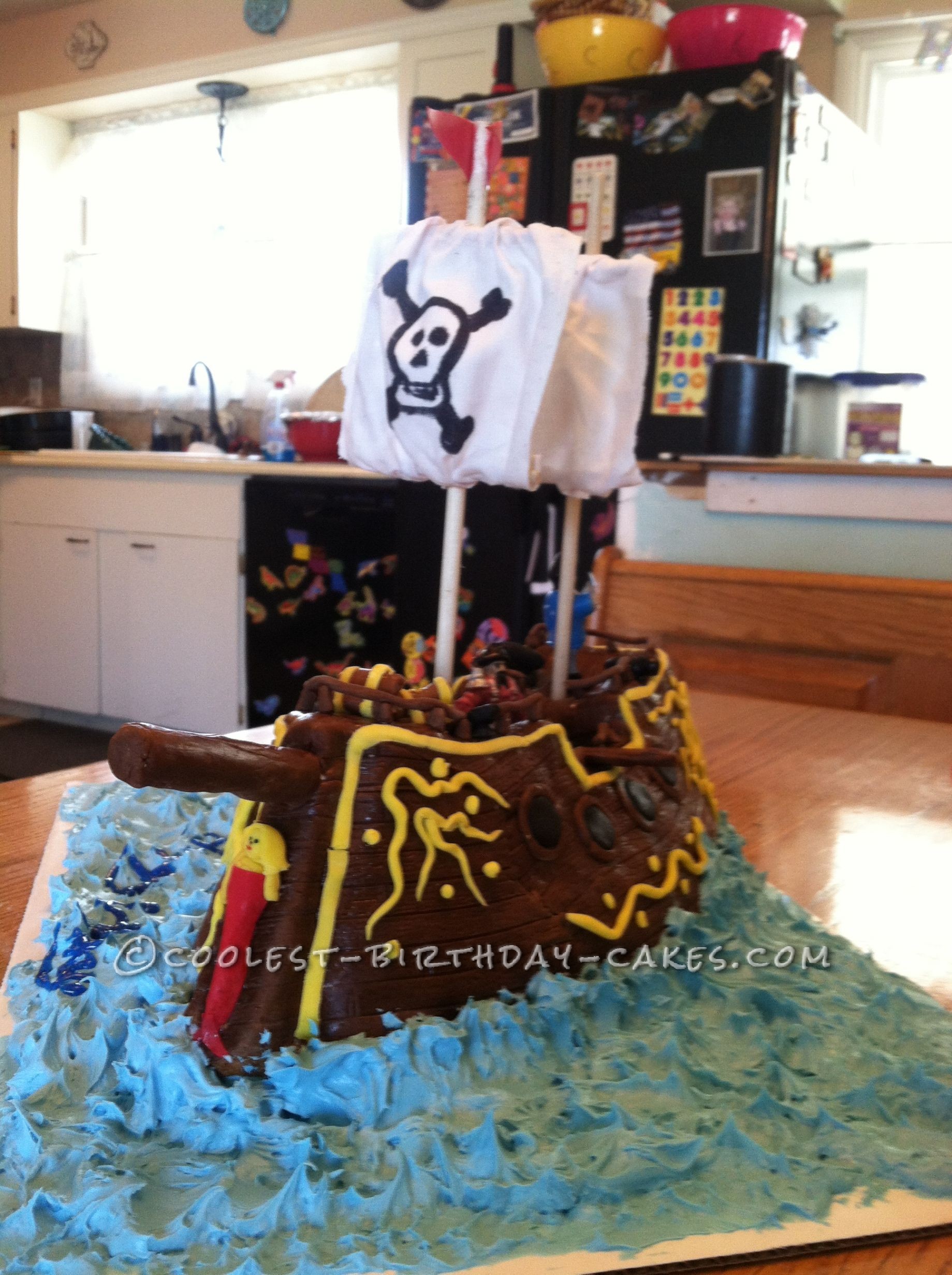 I am just an amateur at making cakes and this was the most challenging cake that I have ever made, but super fun. I had no idea where to start. I do what ever my nephew conjures up for his parties and I hope that I can keep it up. So when I found out … Read more 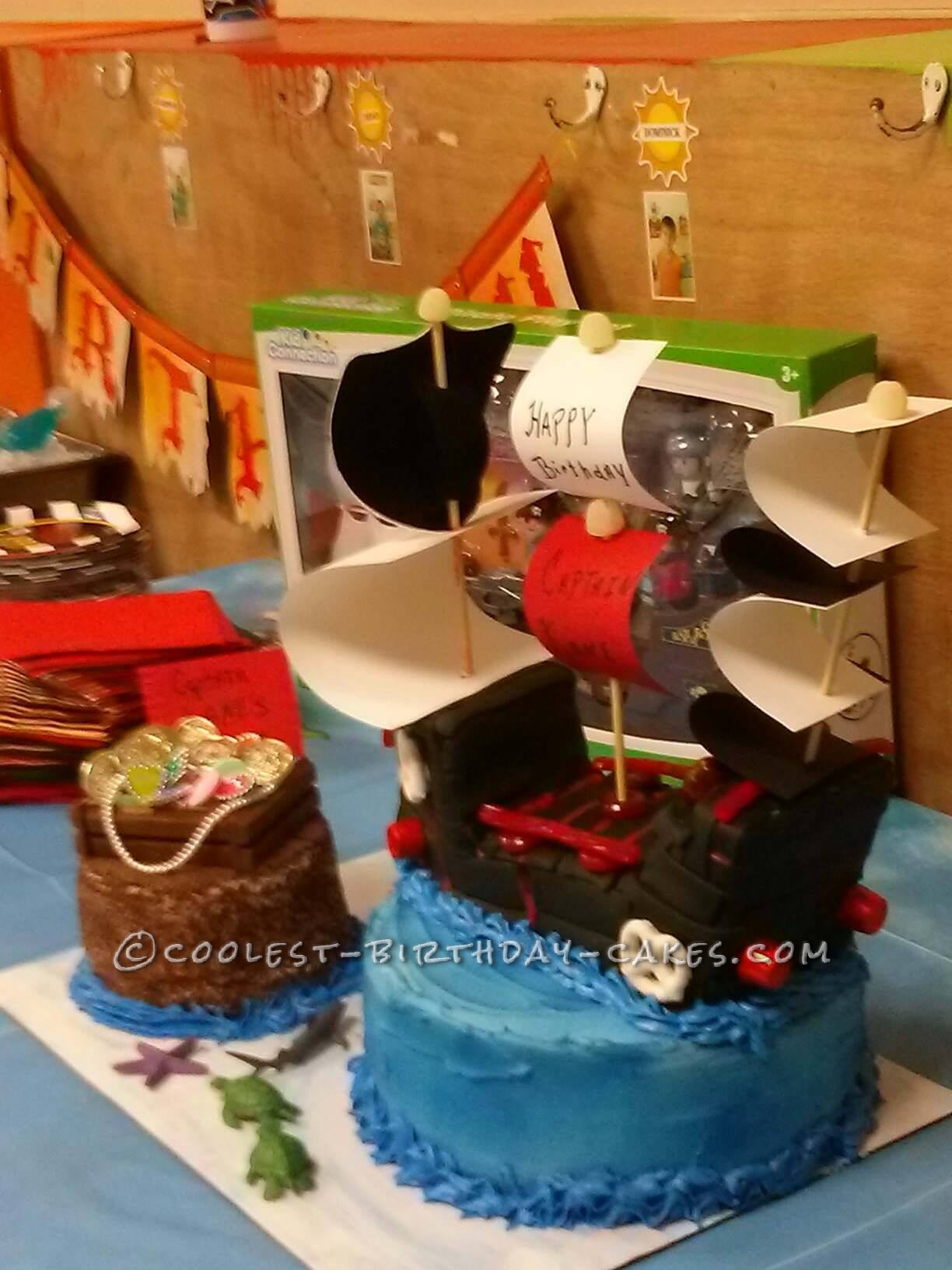 I used strips of black fondant to cover the ship I carved out of cake. It looks like it was hard to make but it really was pretty easy. The process of covering the boat with fondant was quite easy. I covered the rest of the cake under the ship with buttercream and airbrushed it … Read more 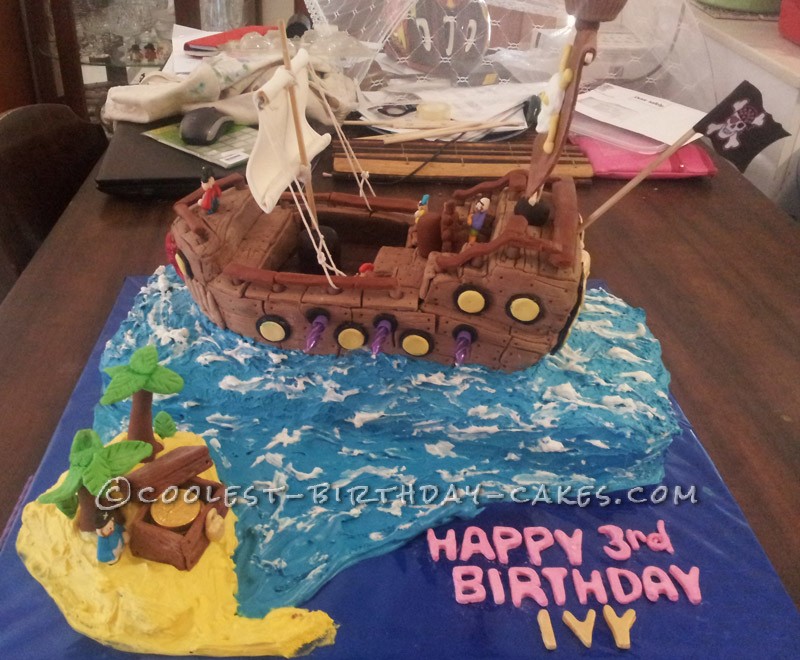 Ivy insisted she wanted a Pirate Cake and as I love a challenge. I decided to fulfill her wish, lol. I have never done anything like this before so I did a Google search for pirate cakes and picked out a few I liked. The cake I ended up doing was a mix of several cakes … Read more 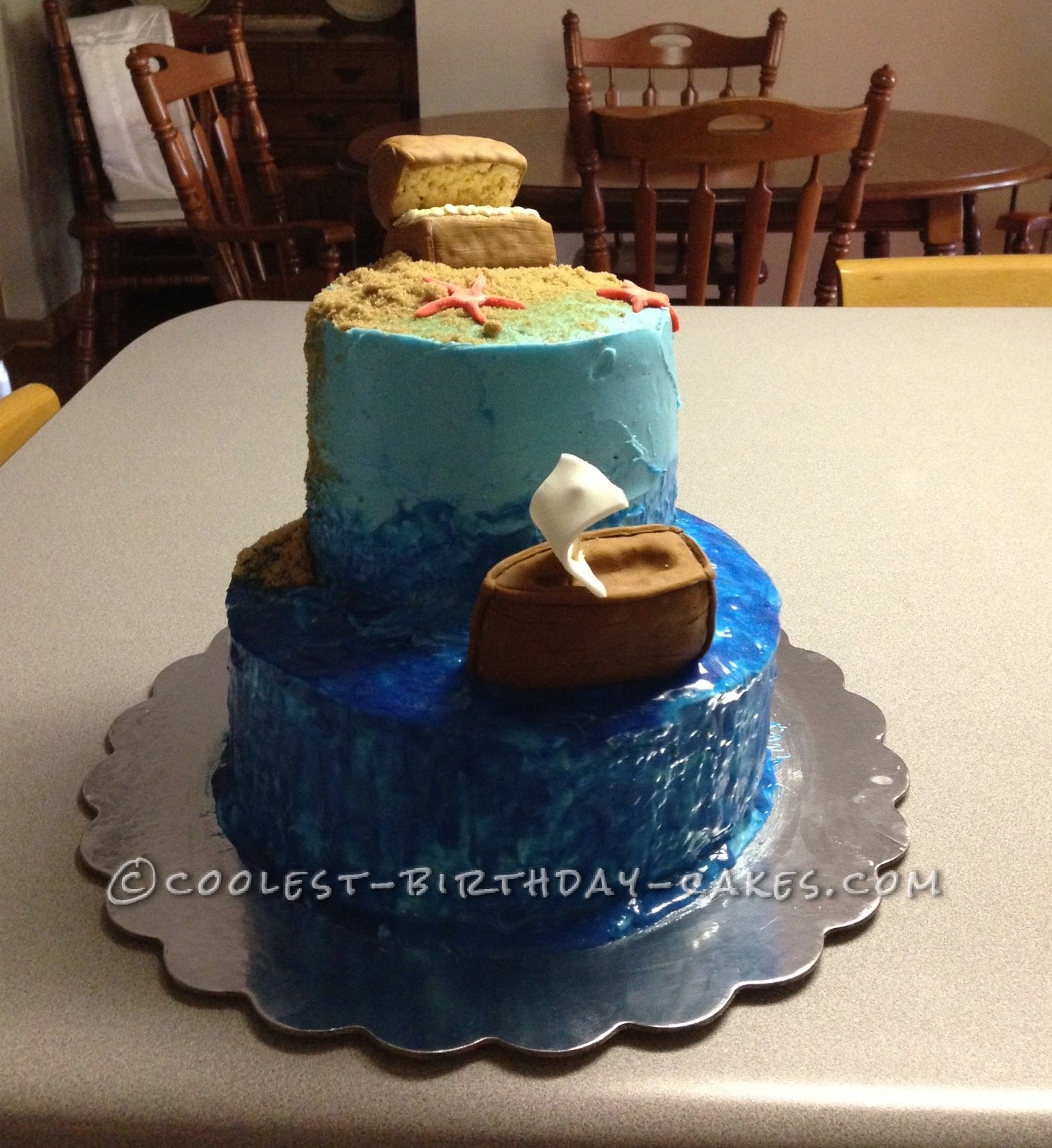 Every time someone asks me about a cake and shows me a picture I instantly go, oh no, I cant do that! Until the moment I sit down and think about it and break down what is really being done that is what I think. For this cake I didn’t have a picture to go … Read more