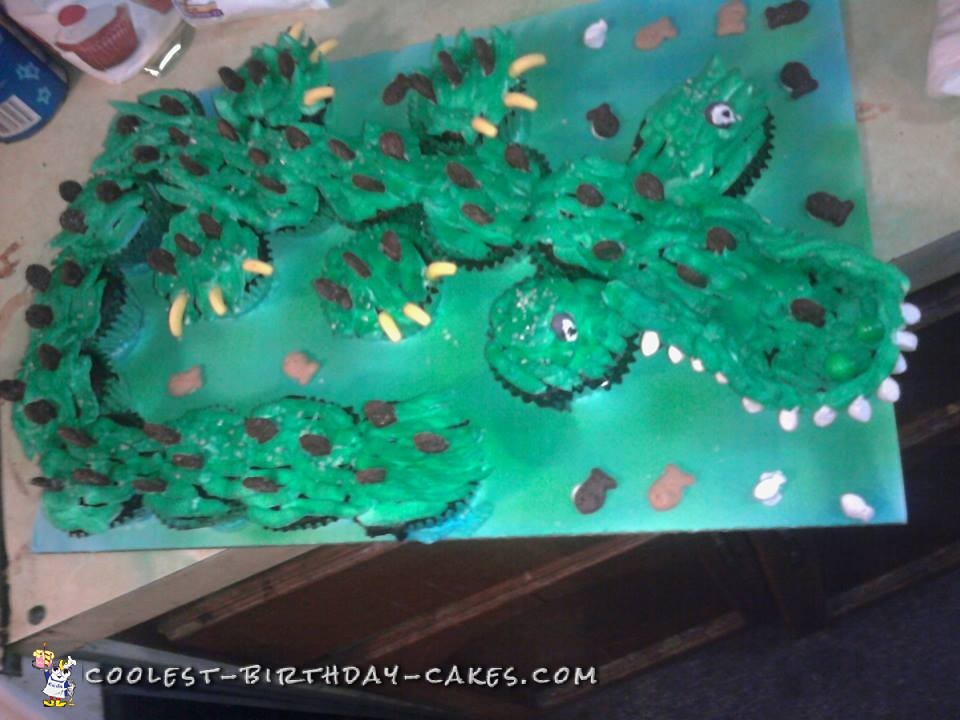 My son was obsessed with crocodiles and alligators and so like most little kids wanted a cake to match, so crocodile cake it is. The only problem was it was for a prekindergarten class and the need for edible simplicity was very high, so I decided to try a cupcake cake.

With much research on how to’s and demos, it was time to jump in. Being it was for a bunch of 4yr olds, it needed to be completely edible as well. So with a bit more research and creativity I found some food I could use to make our crocodile come to life.

Getting all the cupcakes to fit on the board and glued (frosting) didn’t take too long but the next part did take some time. Connecting them all together and forming the whole alligator cake body was a bit time consuming. I used plain white frosting and a snipped a hole in a baggie. I then used the spray can food color paint rather than coloring all the frosting because I wanted to be able to tone it different shades easily (the real reasons was because I could see a whole class of little leprechauns walking out the classroom..lol)

With that done came the creative and fun part. I used s’more goldfish and crackers to make the spikey parts on the back. I used marshmallows for the pearly white teeth. I also painted eyes on crackers. I then used banana runts for claws

I was pretty content with my first cupcake cake but the real judgment came when I walked into my son’s class. All the oooohs and awes confirmed it definitely looked like a crocodile and mmmmms meant it tasted just as good. My Crocodile Alligator cake was a success! 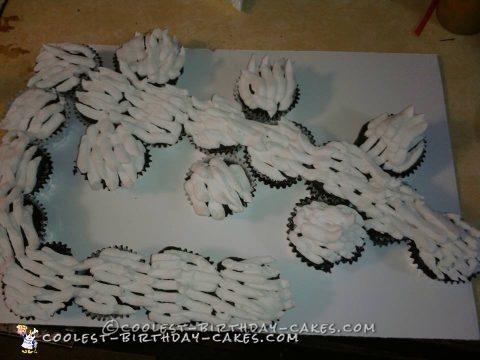 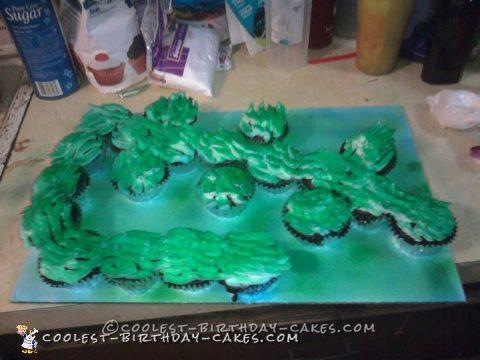 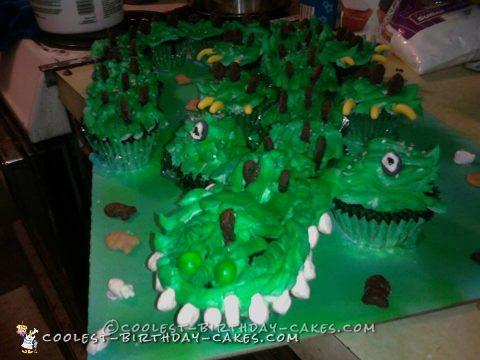