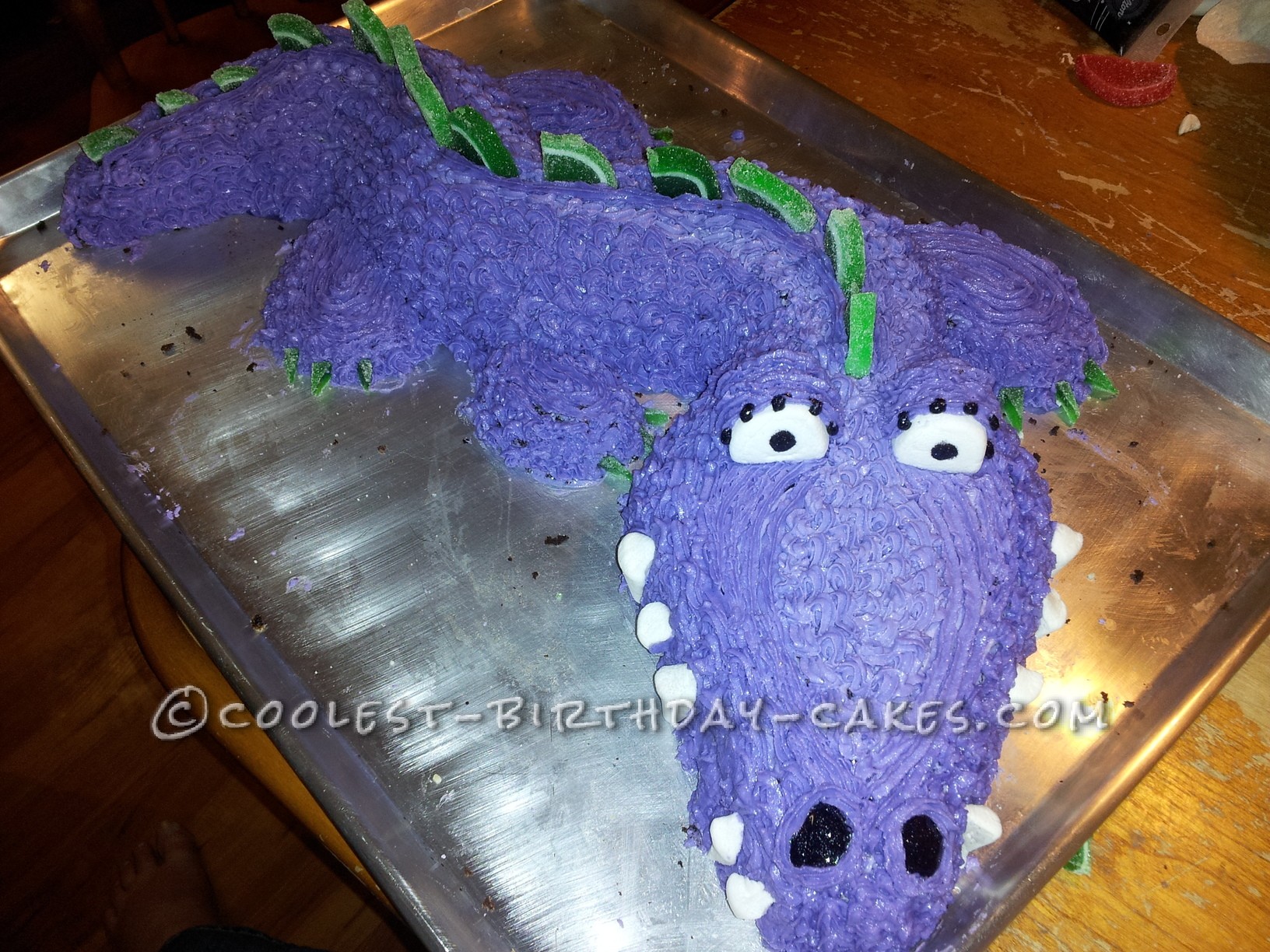 My daughter initially wanted something different but I convinced her to try a crocodile after being inspired by a cake on this very site!  There was a catch of course, it had to be her favorite color.  So the purple crocodile cake was born.  There were many ideas on how to make it look right but the main concerns from me, the builder/baker/decorator, were not making it too big (we have made that mistake before) and making it look like a crocodile.  This purple escalator is the end result.

One bunt cake was used for the body of the crocodile. It was chopped up in 3 sections and placed in an ‘S ‘ shape on our super duper cookie sheet that just barely fits in my oven ( I love that thing!).  The head was a square cake cut into a long diamond, at least that’s the best I can describe that shape.  See photos for clarification. The tail was a bit of leftover bunt cake carved down into a cone shape. Feet were easy. We just used the leftover cake from carving the other pieces and cut them into a soft cornered fat “L ” shapes.

Now for the icing!  It had to be purple as per birthday girl request.  The “skin” was piped on with a small star tip down the sides then it was used to make a line down the spine of the crocodile and a pointy shape on the face of the croc.  The eyes were also something I saw somewhere else and wanted to try on this cake. I took a marshmallow and cut the bottom 1/6th of it off to make it flat and plunked two of them down on the head to make eyes.  I then covered half of them with icing stars to make eyelids.  the teeth were also cut up marshmallows.  I found this sparkly black icing in a tube at a well known craft store ( Micheals)  and had some left over from my son’s car cake 6 months before.

I used that to make nostrils and pupils on the eyes. My daughter then informed me that it was a girl so a few dots of “mascara” on the eyelids (for eyelashes) made her beautiful. I was initially going to use spearmint leaves for the spines on the back but I couldn’t find any so lime gummy fruit slices were used. I cut them into a shark fin shape and that got two spines from each slice.  They were used for the claws on her feet also.

Now what about the Escalator you ask?  When my two year old son saw the finished crocodile he insisted that it was a purple  “escalator”.  So It became a purple alligator instead of a crocodile!  There was something missing so I colored shredded coconut blue and put it on my cookie sheet to give the effect of  her being in water.  The alligator was a hit and none of it was left after the party.  And that is how to make a Purple Escalator cake! 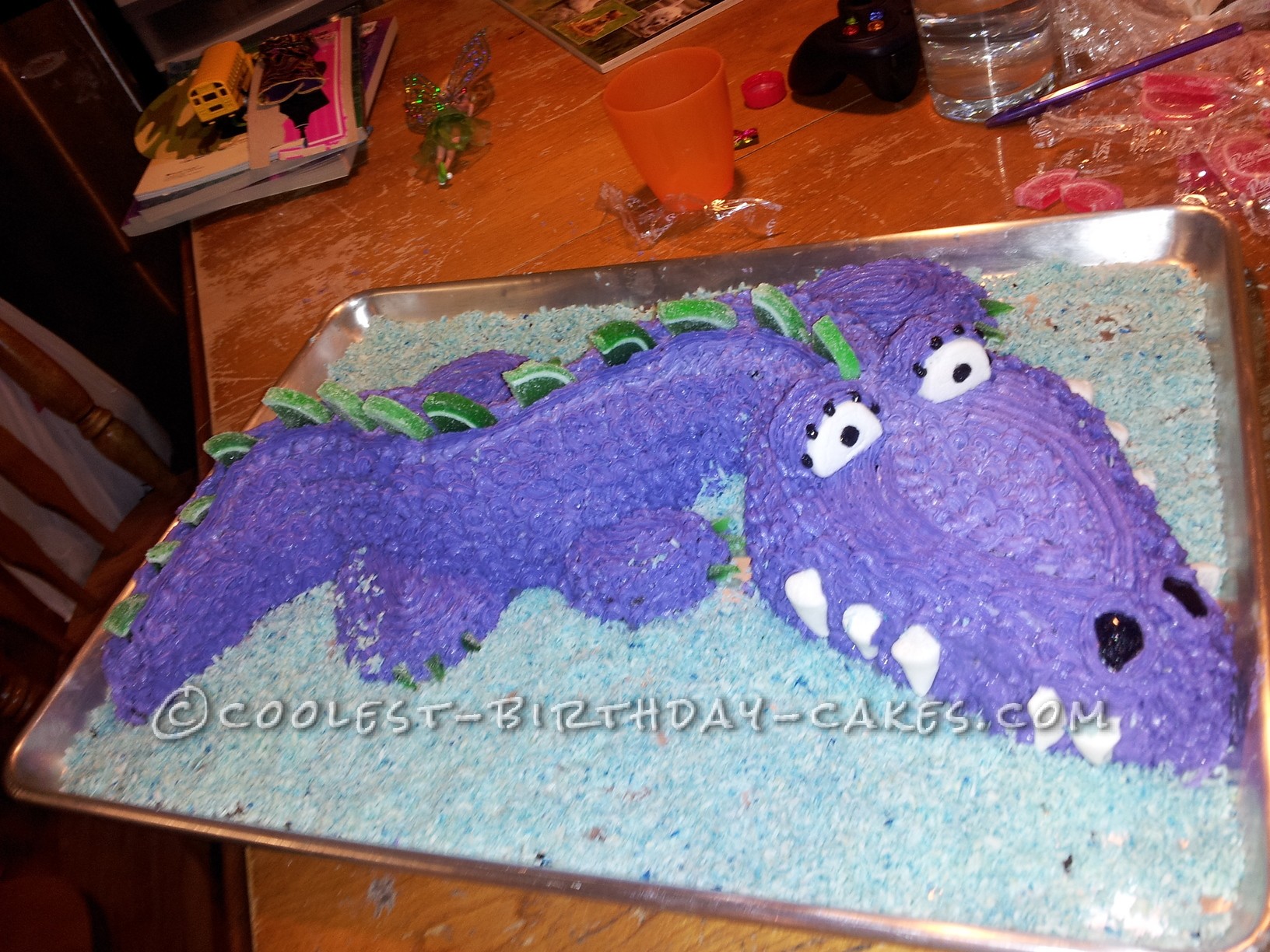 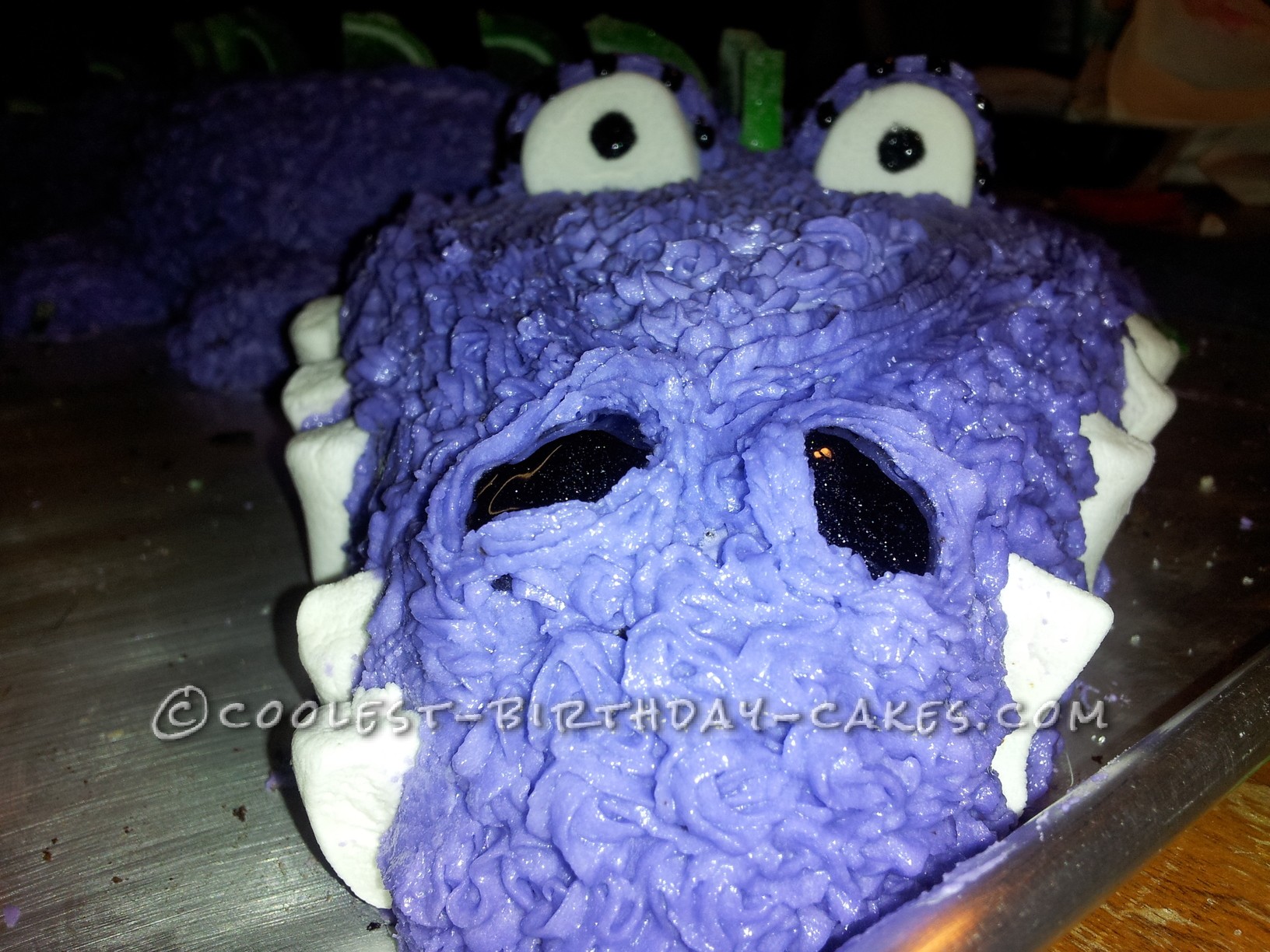 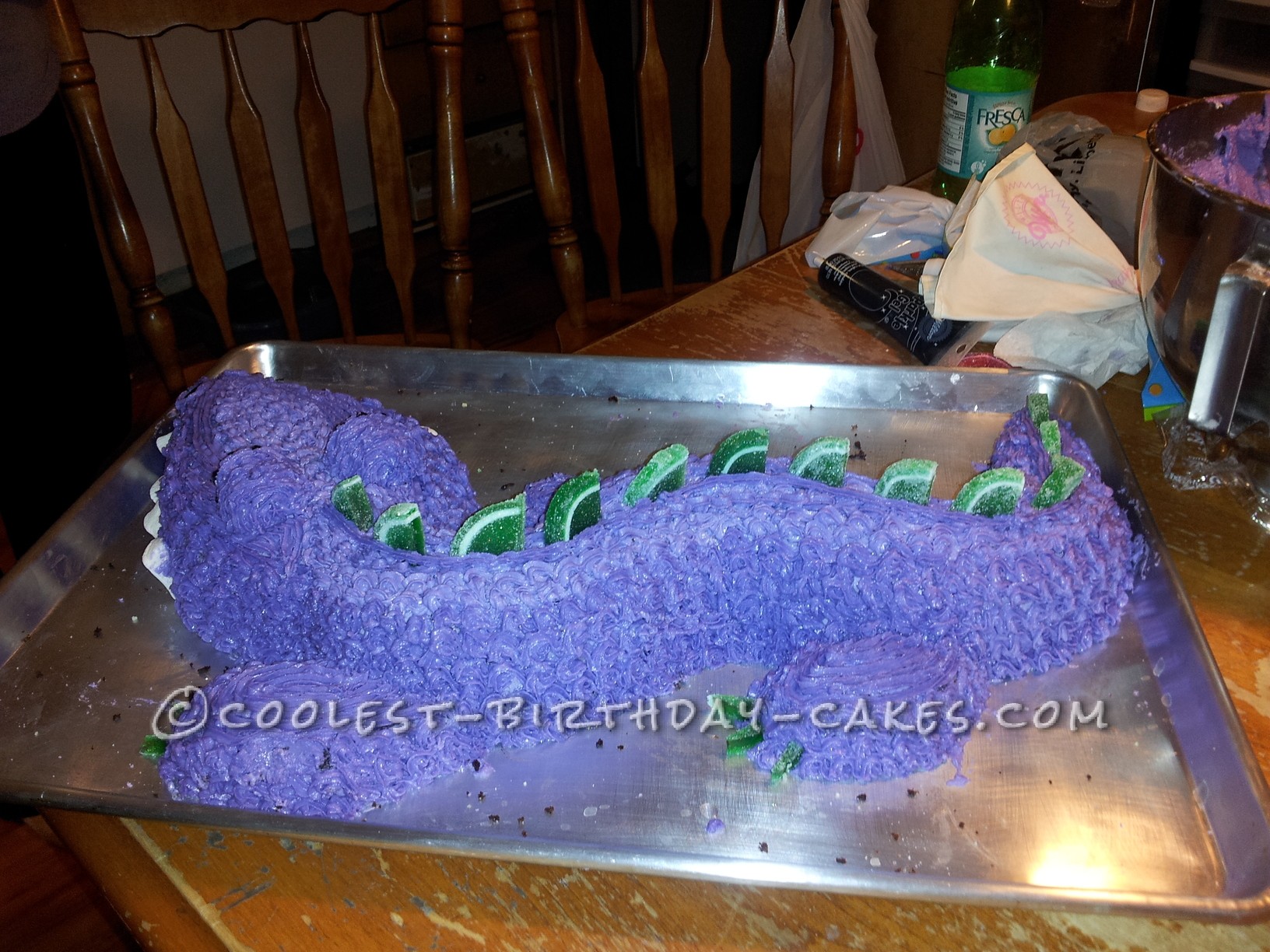