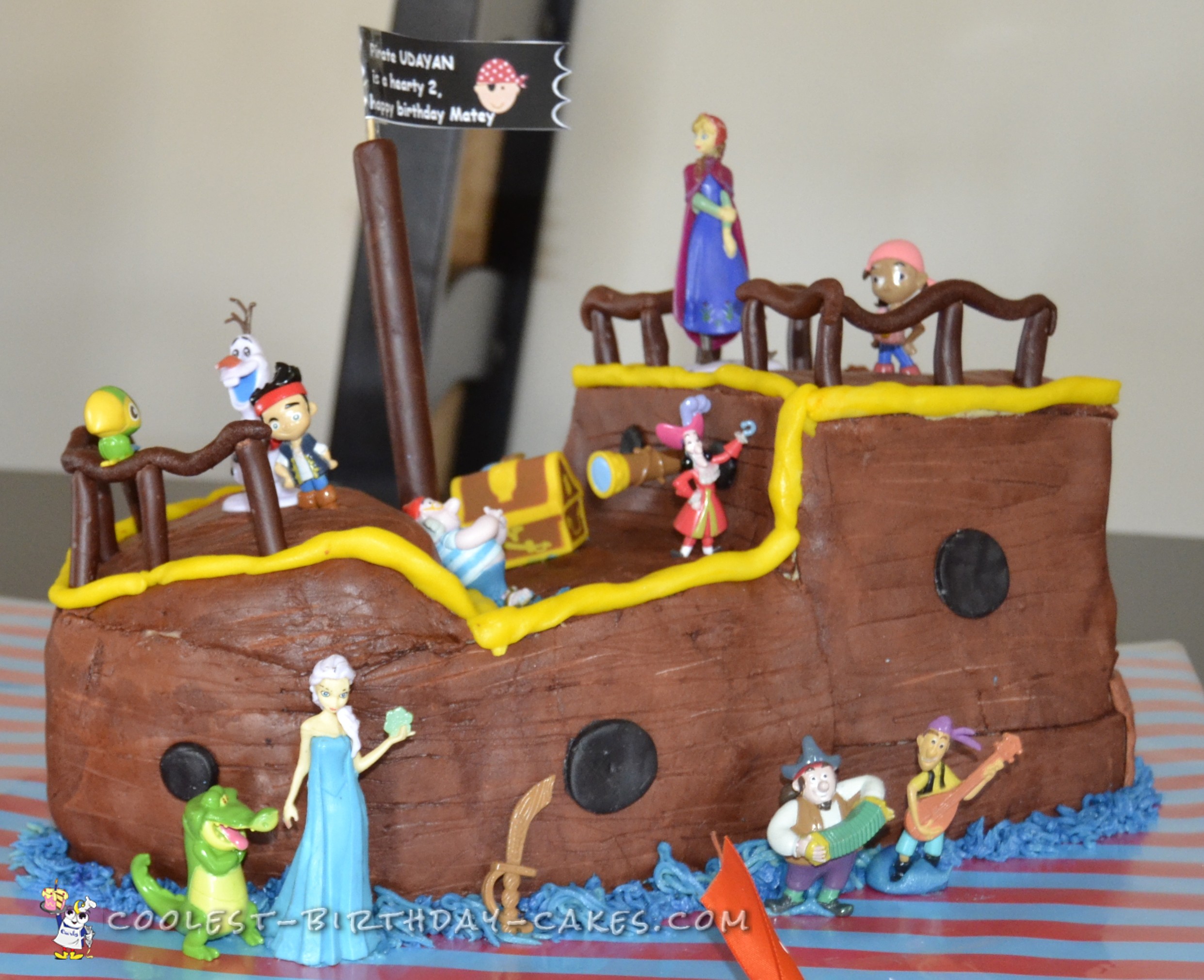 So my little boy is turning 2 and as a conventional mum, I decided let’s have a pirate party because that is what boys like. However my little one decided otherwise and wanted a Frozen party at the 11th hour so to be fair, we merged the theme. It’s a new idea for Disney, Jake and the Neverland Pirates capture Anna and Elsa, maybe Disney will consider my idea.

Sculpting the cake was the most challenging for me, I am an amateur baker so this requires a lot of attention to detail and patience, both of which I do not possess. After many hours of trying, I have something that resembles a ship and I cover with buttercream and marshmallow fondant which was homemade. The bars were made from modelling chocolate but all figurines were bought as I am not that brave to make them.

Birthday boy loved his cake and so did mum!