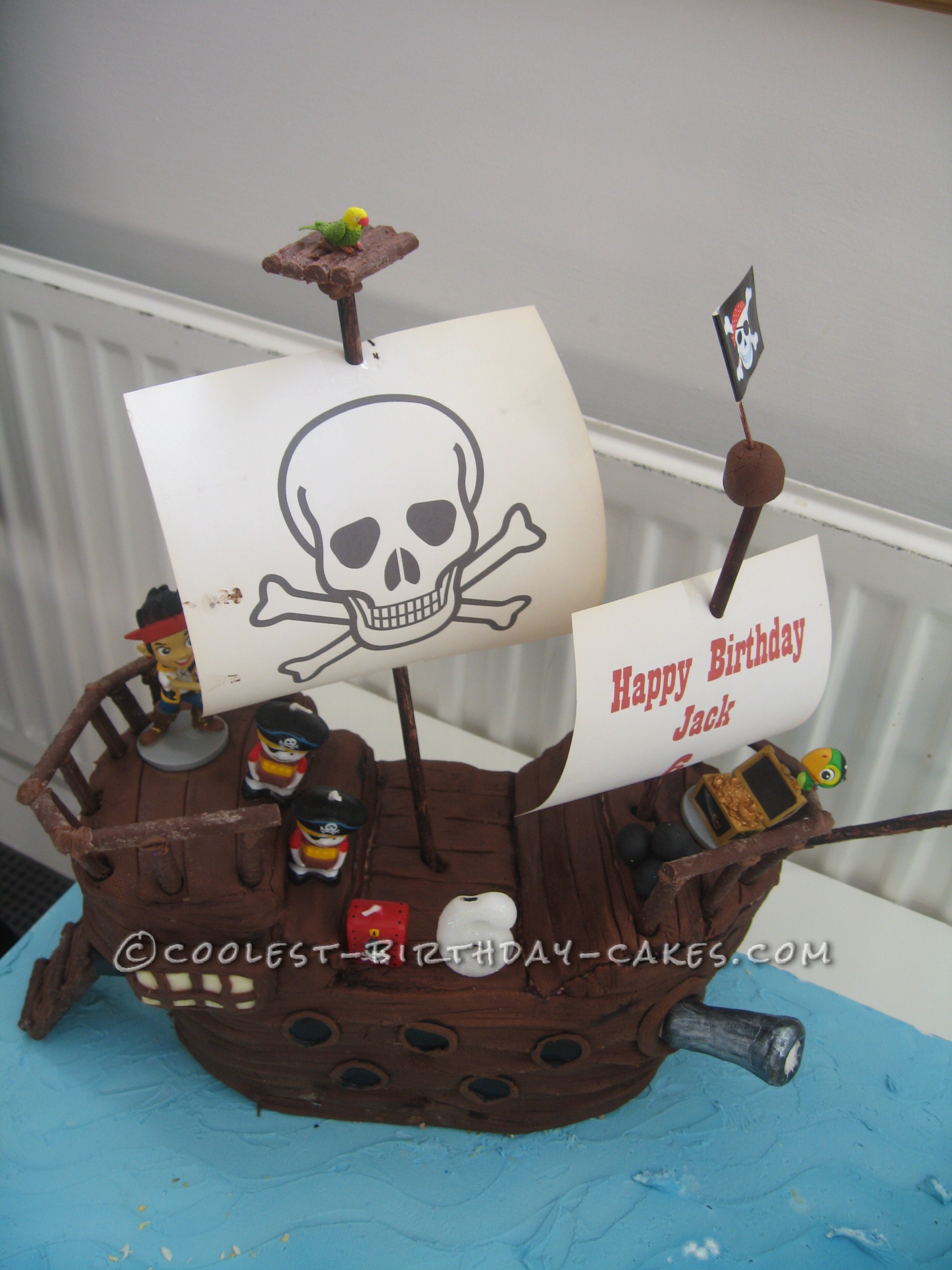 My grandson Jack wanted a pirate party for his 6th birthday so as usual Grandma was commissioned do do the cake. For his previous birthday I had made Diego and his rescue center so I knew that this year I would have to exceed his expectations as he tells everyone I am the best cake maker in the world…bless him!

I made the pirate ship with 2x 10″ chocolate sponges which I carved the shape and then crumbed and put in the freezer.  I used chocolate fondant icing which I made to look like planks of wood and used matchmaker chocolate sticks for the rails. I attached thee with melted chocolate. The sails which I printed off the internet were put into the oven for a short time so they resembled parchment.

The final touch was the canon…which fired! I did this by wrapping grey fondant paste around a ‘shooting candle’. I didn’t tell Jack about the canon as I was unsure whether it would work. On the day of the party I set up the pirate ship complete with board decorated as sea and sand (yellow tinted coconut) , some Neverland figures which I bought from the Disney shop and finally I made Pirate Cupcakes.. Happy Birthday was sung and Jack said ‘ Grandma you forgot my candles’. I lit the canon and….it fired. Wow!  The children’s faces were amazing, especially my grandson’s, something I will remember for the rest of my life.

Only problem I have now is how am I going to exceed that for his next birthday? 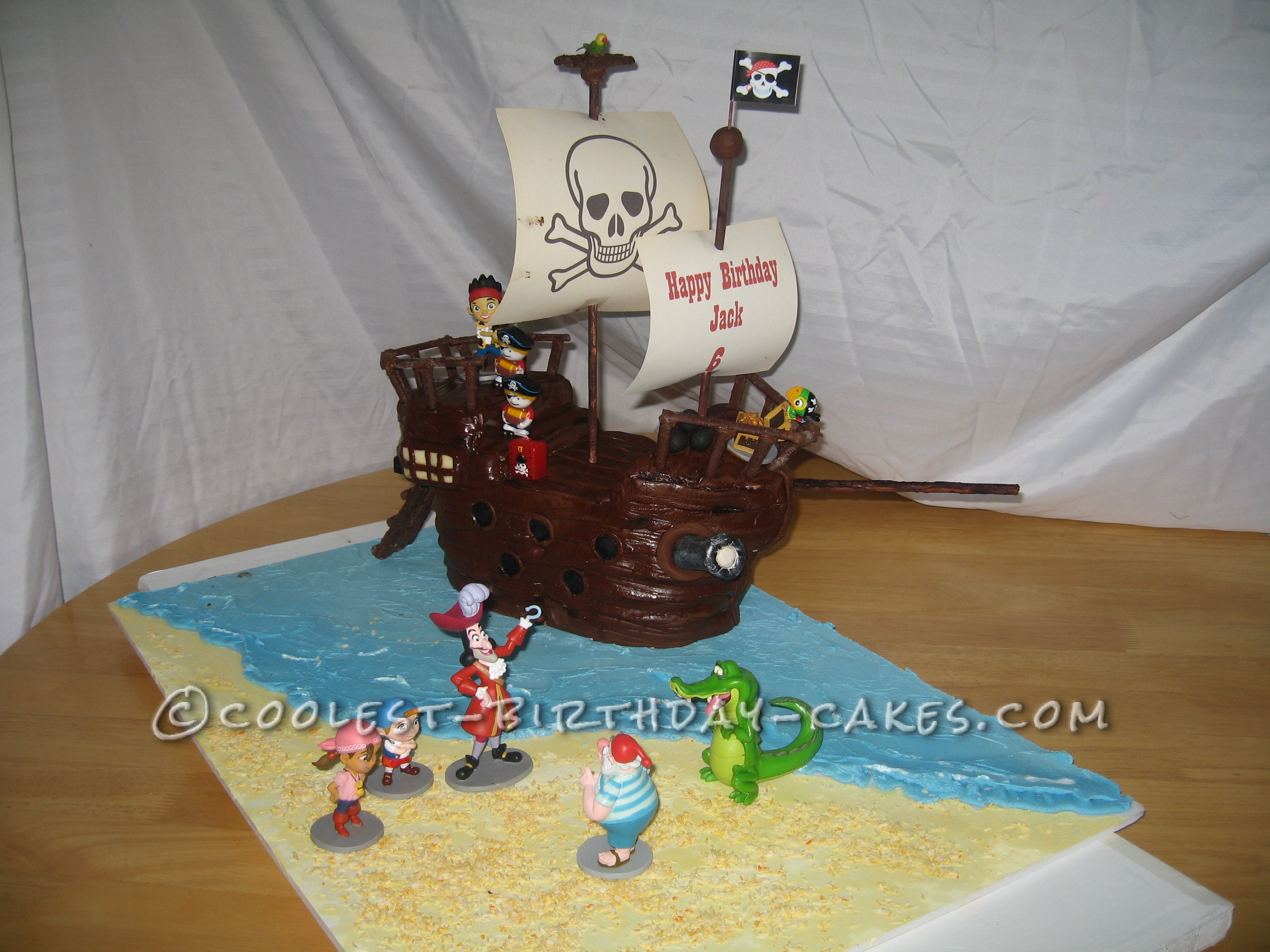 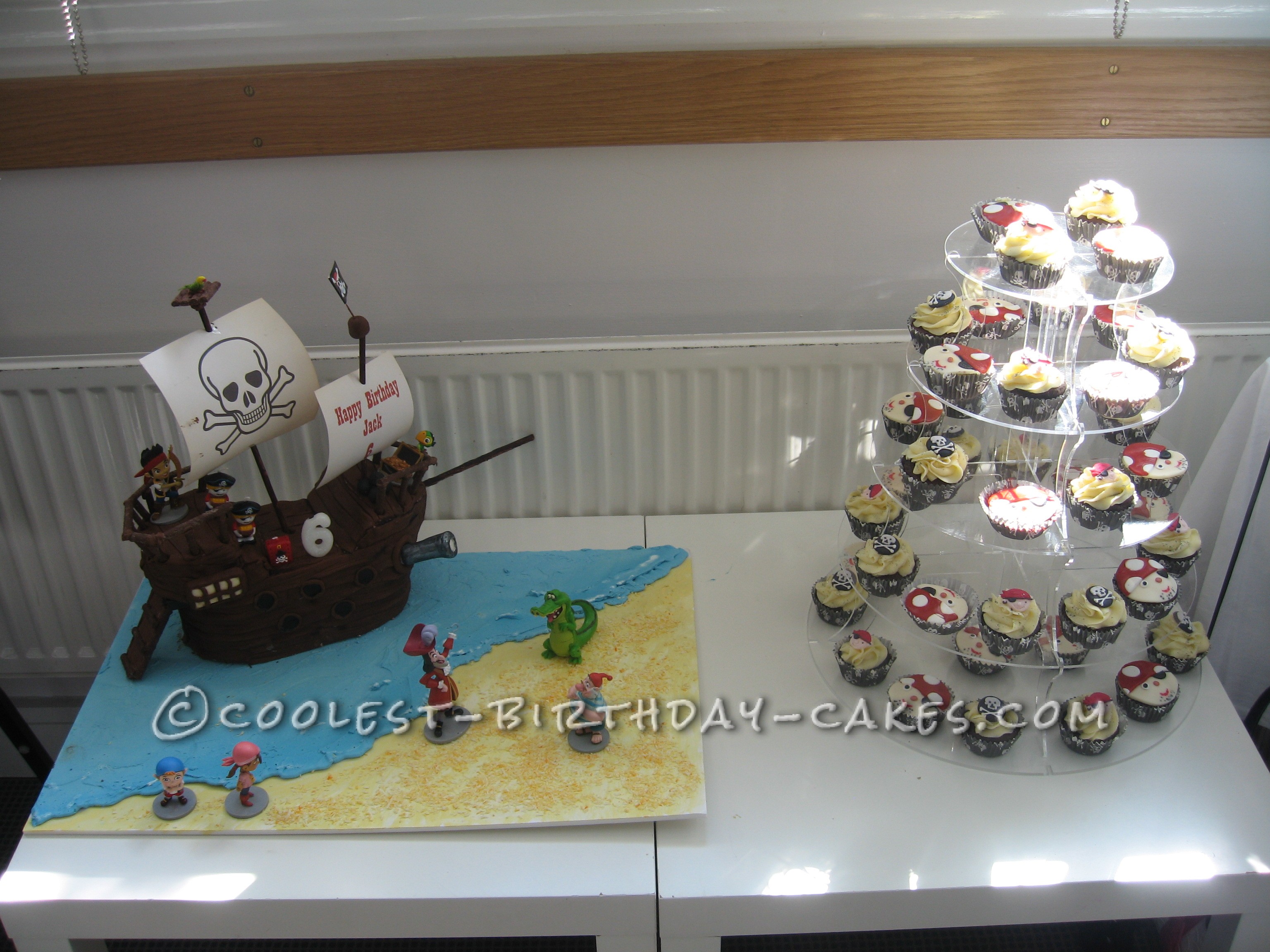 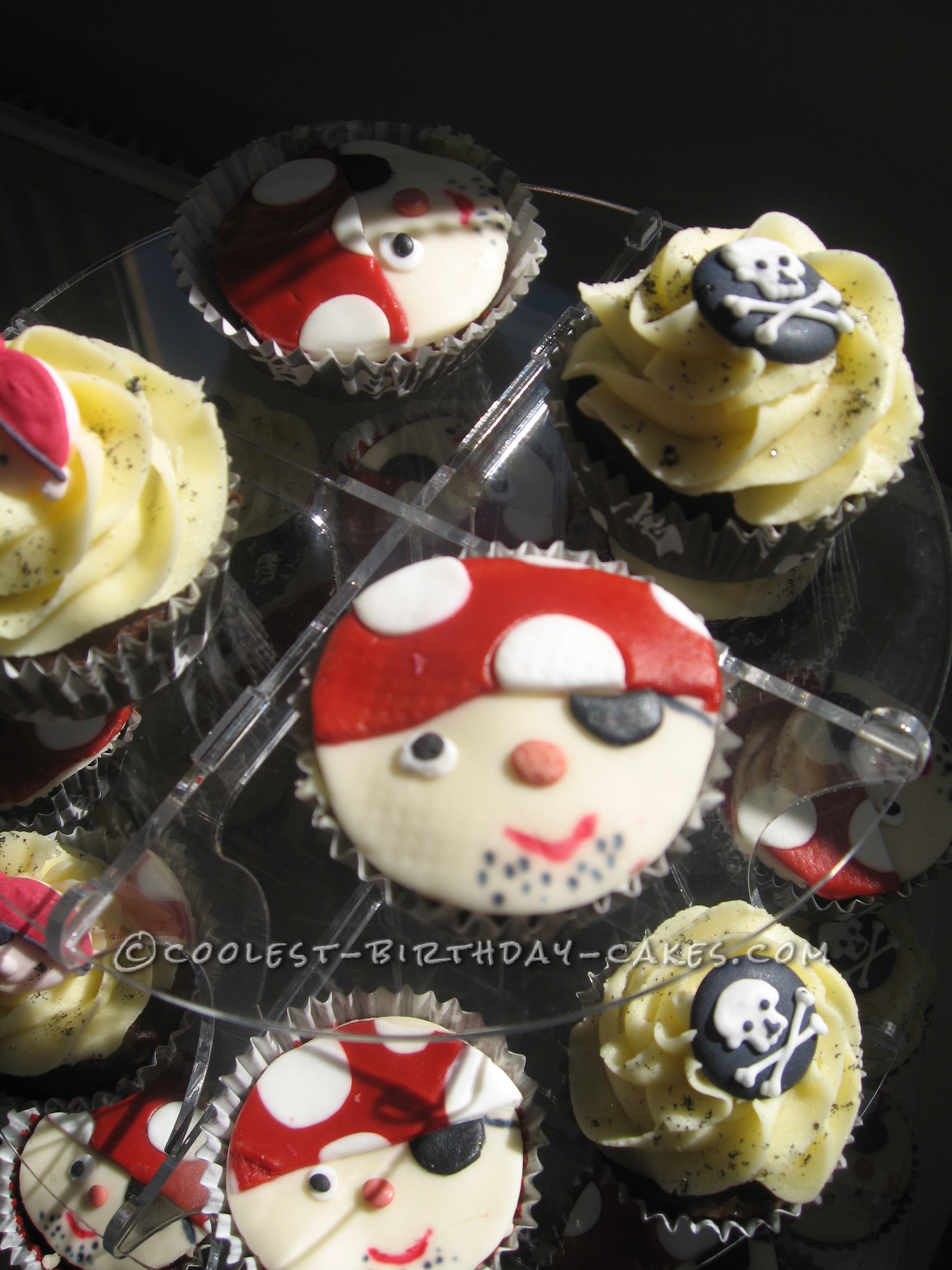 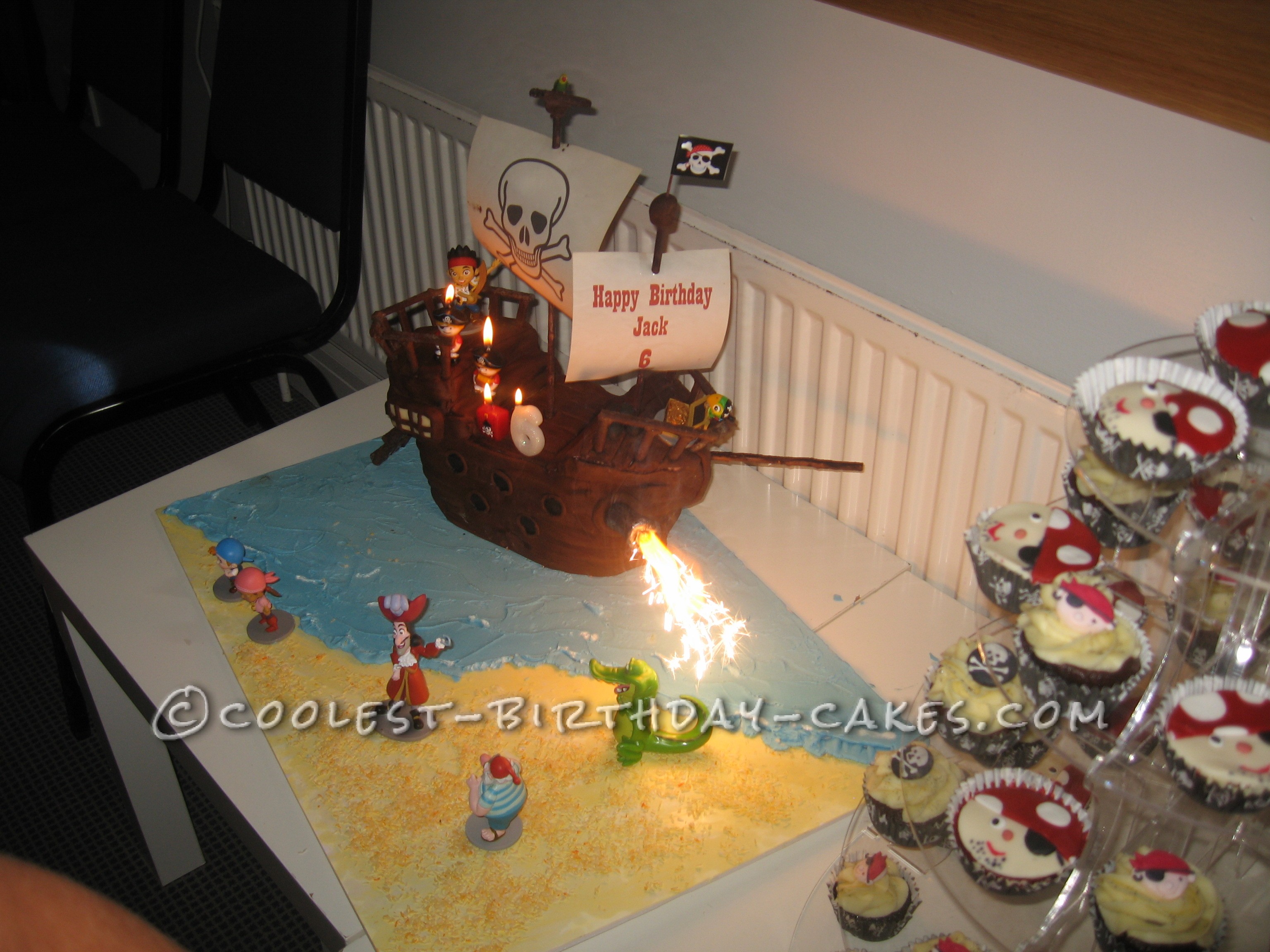 2 thoughts on “Jake and the Neverland Pirates Ship Cake”