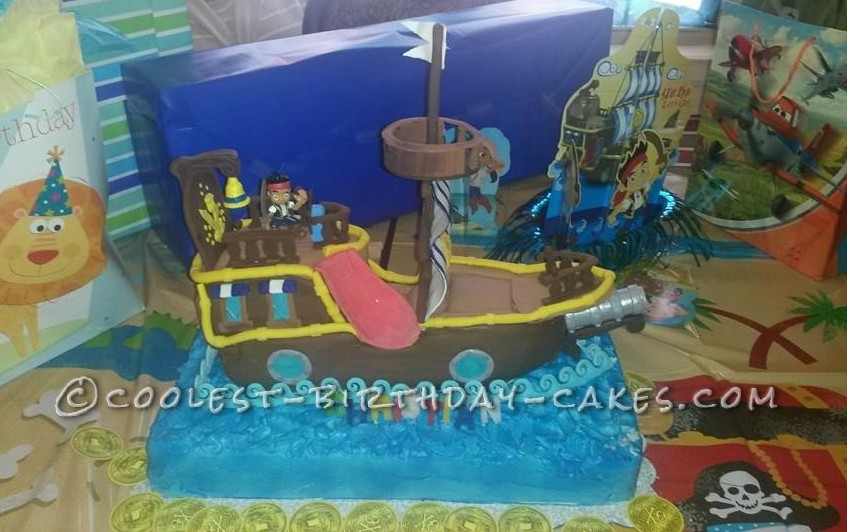 I made this Bucky pirate ship cake for my grandson.

My goal in life is to be the greatest grandmaw on the face of the planet, at least in my grandchildren’s eyes. I asked my soon to be 3 year old grandson who lives with us what kind of cake he wanted for his birthday. He said he wanted a Bucky cake. Bucky is the name of the pirate ship from Disney’s Jake and the Neverland Pirates. I went to a couple of grocery stores and looked at their bakery catalogs of cakes available and I didn’t see anything that interested me.

I am obsessed with Cake Boss and Cupcake Wars. I have watched the shows for years. Since, I am an artistic and creative person; I thought to myself, “I can make a Bucky Cake”. Now mind you, the only equipment I have to make such a cake is a mixer and a cake pan. Since it was close to Christmas, I went shopping and purchased the items I needed and claimed them as my Christmas presents… early.

I watched a lot of Youtube videos. I first started making all of the attachments out of fondant since I read they could be stored in air tight containers for a long time. My grandson would watch me make them and would want to help. I ended up making homemade playdough and bought him a rolling pin and cookie cutters so he could feel like an active participant. To my own detriment, over the course of making the attachments, he noticed where I would set them to dry. I ended up remaking a bell, and anchor and a railing because he ate them when I wasn’t looking.

This is the first “decorator” cake that I have made in my entire life. I made the pirate ship out of Rice Krispie treats, covered it with buttercream icing and topped it off with the fondant. Everything was edible except for the sail poles for which I used Bamboo sticks and covered them with fondant. This is the first time I made buttercream icing, and I felt it was a little too sweet to be the icing on the main cake so I did some research on the internet and found a Cream Cheese icing recipe which is what I used on the main cake. I swirled the icing to make it look like water and sprayed it with Blue Mist Spray (now I hope to get an airbrush gun next).

Now I am addicted and can’t wait to experiment with gum paste flowers to make for Christmas. 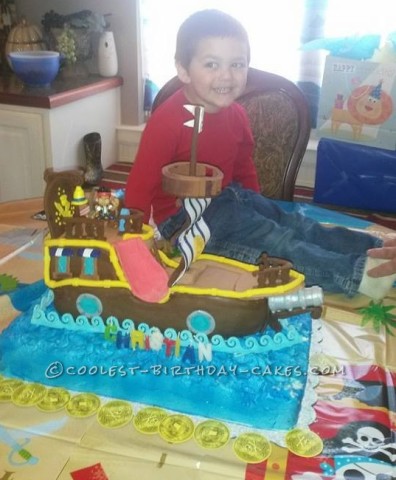 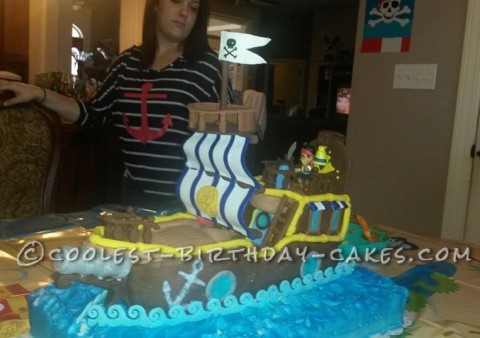 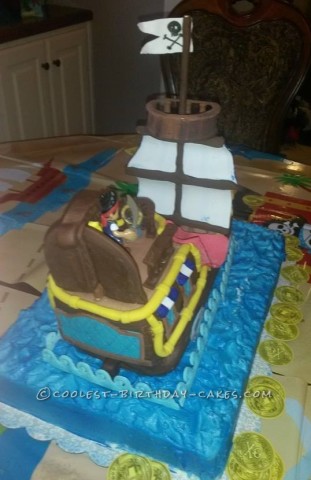 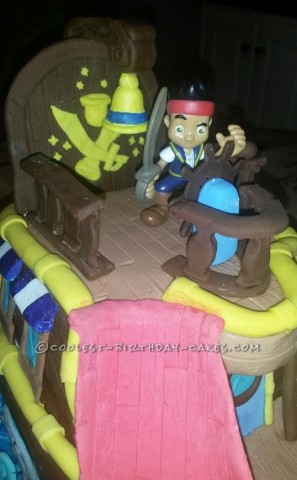 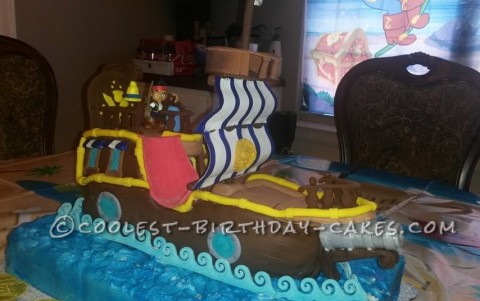 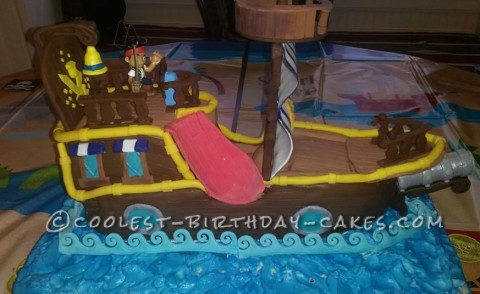