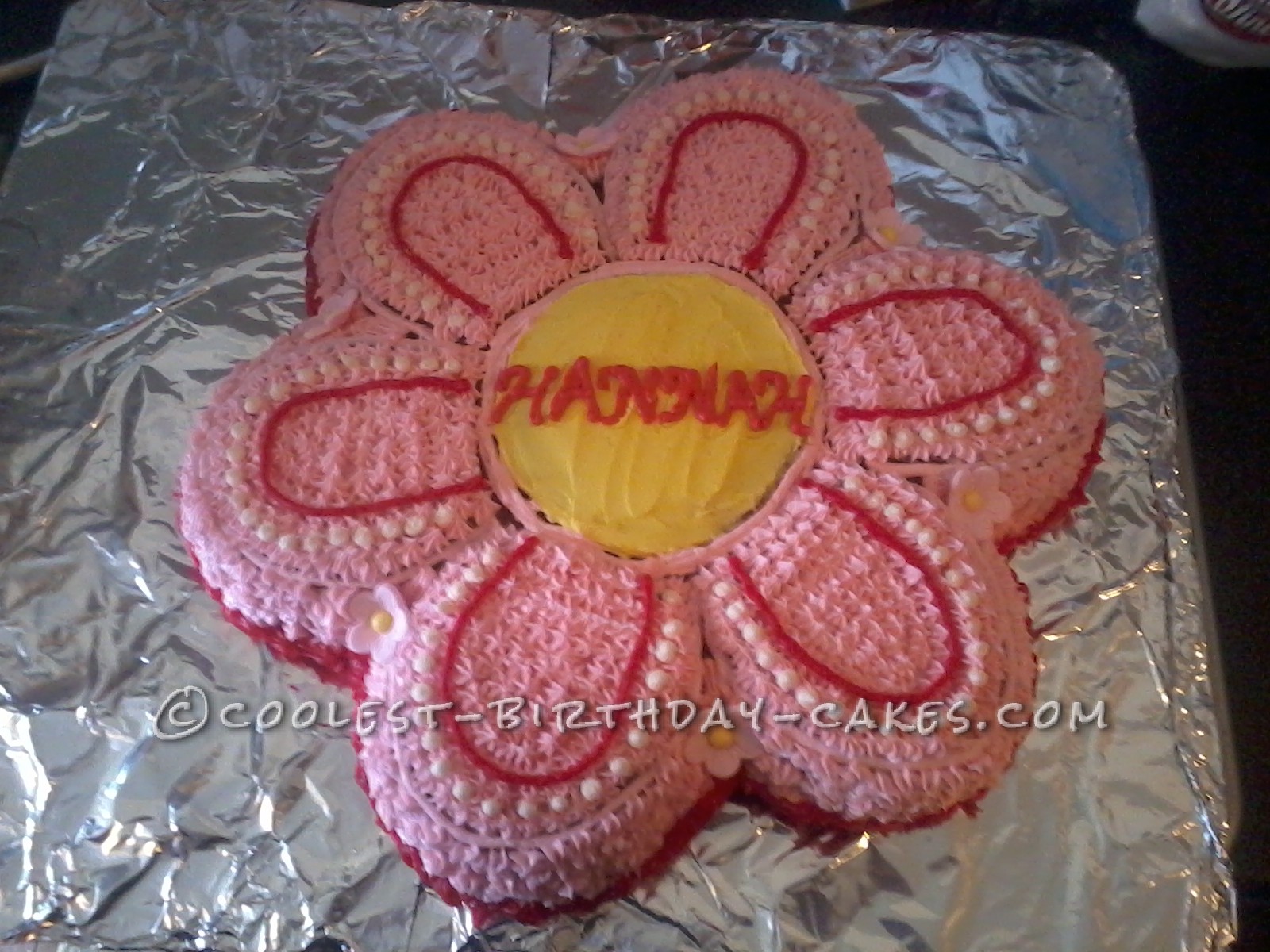 I made this flower cake for my neighbor’s 4th birthday party. I used the Wilton flower shaped pan and followed the baking instructions that came with the pan. I used a white cake mix and made my own butter cream icing.  I set some of the icing aside to tint different colors. I first tinted a small amount yellow for the middle of the flower,  then I set a small amount of the icing aside and kept it white for the small dots that appear on each petal. I set aside about a cup of icing aside to tint red.  The remaining icing I tinted light pint and spread a small amount over the petals and sides of cake.

On the bottom of the cake, I used a medium size star tip and piped the rest of the red icing into a piping bag and created a shell border around the bottom of the cake.  I also bought some edible flowers and used them in the six corners of the cake between each of the petals.  The last thing I did was used my individual italic letters and indented them into the middle (the yellow part) of the cake and wrote her name.  It just fit!  If you have a long name, it will probably not fit and you will have to write it on the board or leave it as is.  Enjoy!