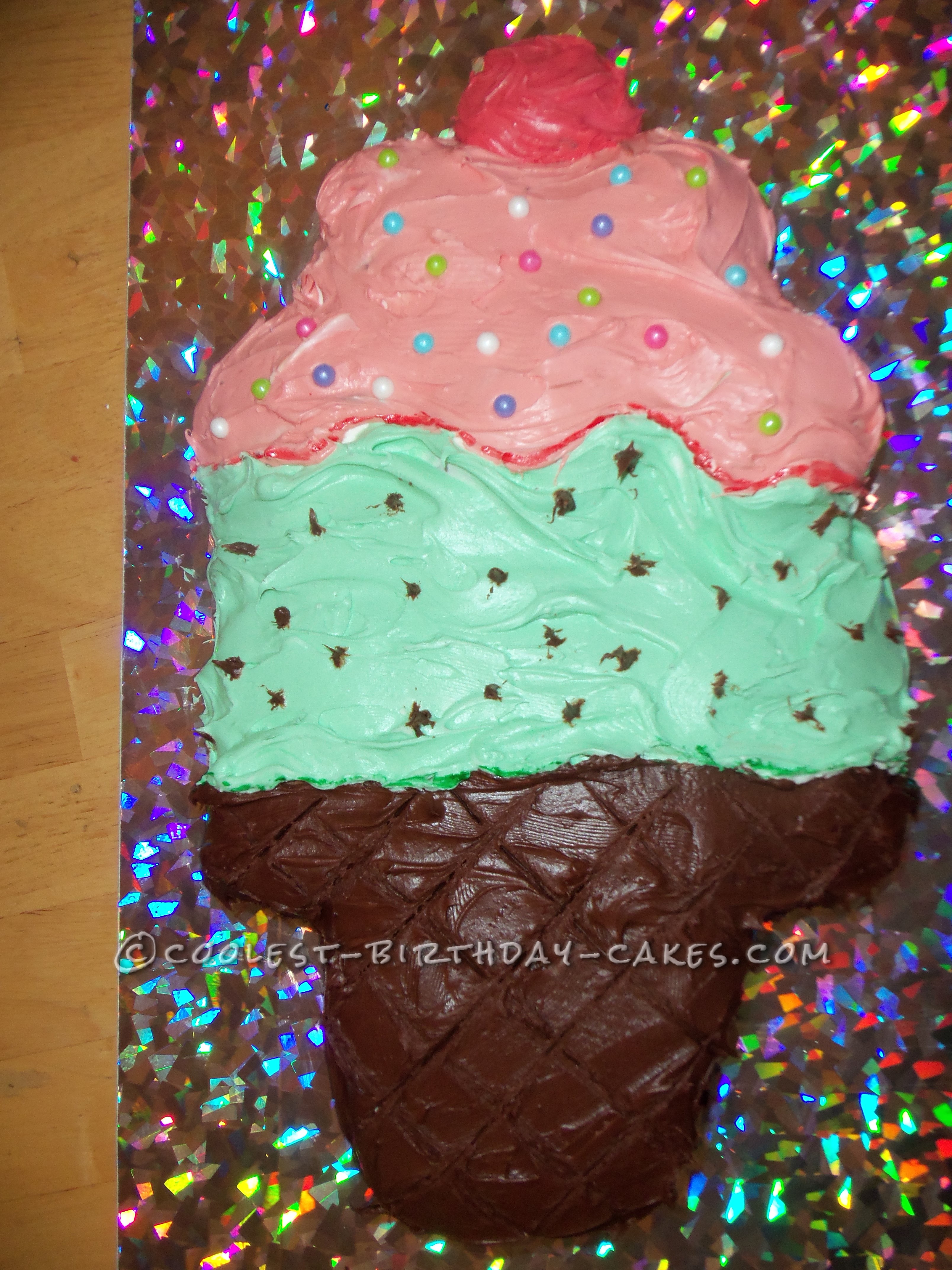 Well, here is a cake you can make if you want to give someone an ice cream cake without spending a fortune on one, HA HA ! It was fun to make and decorate. I used a chocolate cake mix and baked it in a square pan (you could use a rectangular one too) according to directions saving enough for 5 cupcakes.  I baked the cupcakes according to the directions also.

After the cake was cool I cut it free form to make the cone and then added the cupcakes at the top. I cut a small piece of the cake that was left after cutting and made a cherry for on top. I iced it with a thin layer of icing and set it outside for about 20 minutes to let the icing get hard. Then I brought it in and made the different colors for the ice cream and chocolate for the cone. It was easy to put the final coat of icing on once the first layer was hard enough.

The most fun was adding the finishing touches like the chocolate chips in the mint ice cream and the candy balls on the  strawberry ice cream. I took a knife and scored some lines in the cone to make it look more genuine. It turned out pretty good I thought for my first time trying it. I hope it tastes as good.