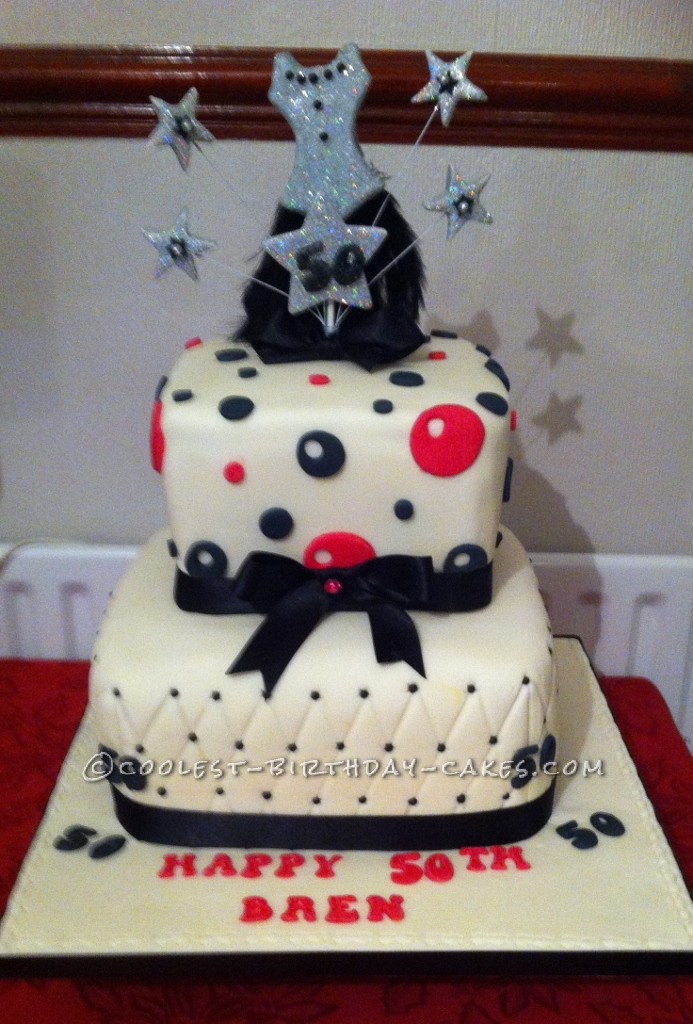 My friend Brenda was soon to become the big 50 and she asked me to bake her cake for her. She chose the colours she wanted and saw a cake topper she liked on eBay (well I made her a cake topper similar) to save money. We looked at lots of ideas and she chose styles of two different cakes.

This is how I got started:

First I made the cake topper in advance shaping a basque covering in glitter. When dry and adding the feathers and then I cut out stars attached to wires and when dry covered in glitter and then attached a smaller star and an edible bead in the center of one of the stars. I had a 5 and 0 on it.

I baked 2 x deep 10″ vanilla sponge cakes and 3x 7.5″ chocolate sponge sandwich cakes I then filled the largest cake with jam and butter cream and then covered the whole cake and placed in freezer. I colored the icing in ivory (enough for the two cakes and board to be covered). After 10 min I added a second layer of buttercream to the cake and chilled for another 10 min.

Meanwhile I rolled out enough icing to cover the larger cake using my big mat. This is two sheets of plastic (food safe) and it’s brill, it doesn’t dry the icing out. I then covered the cake and cut off any excess icing.

Now for the pattern:

I don’t have a template. I did the quilting on the cake using the back of my knife to make the indents but had to measure inch apart markers around the top edge and bottom edge for guides so the lines matched up. I then made holes using my modelling tool and brushed a little water into the hole to attach the black sugar beads. That was the first cake ready, now to start the second.

I went through the same procedure with the butter cream and icing. When the cake was iced in the cream icing I had to assemble it to the top of the first cake so I first added 4 x dowels to support the top cake and attached using some royal icing and when the cake was on I pipe iced to make sure the cake didn’t move.

Now for the decoration:

Finally I attached the cake topper and a black and white candle. I’m sure she’ll love it 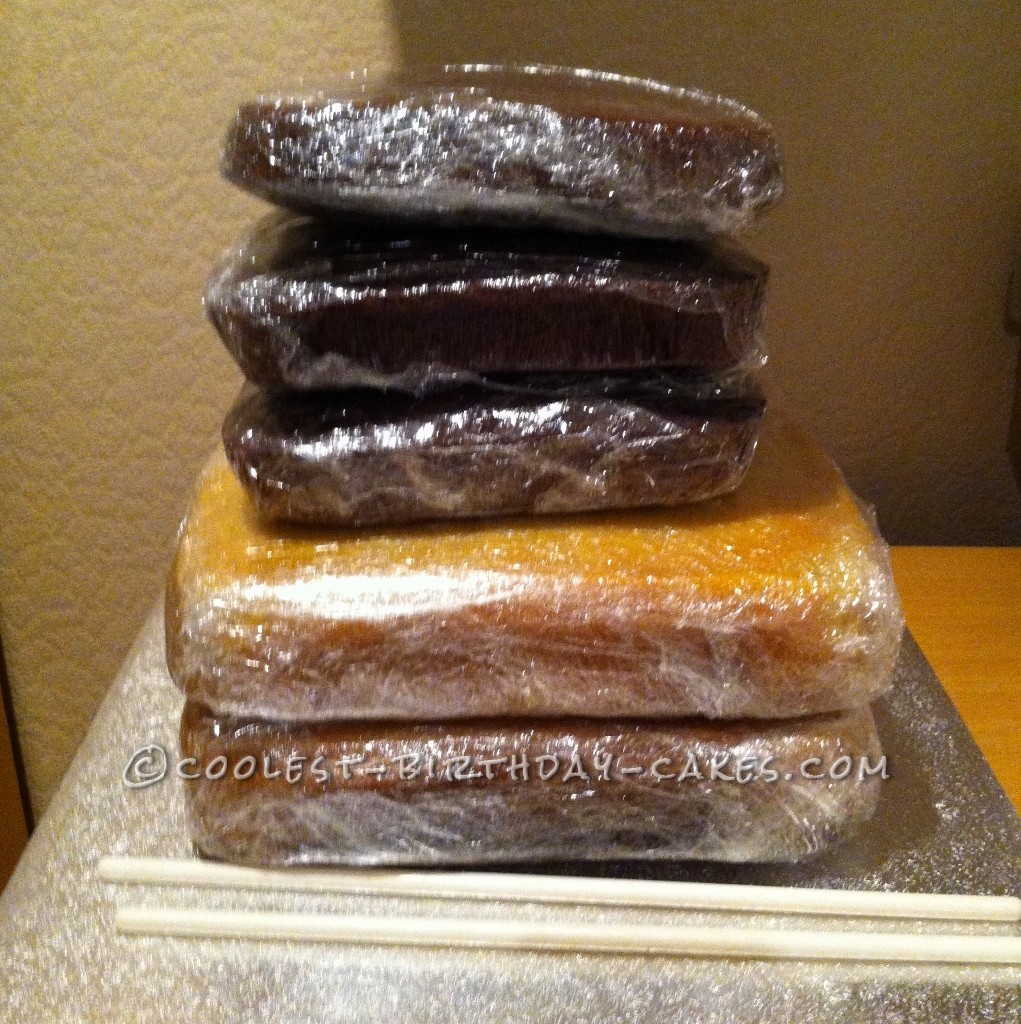 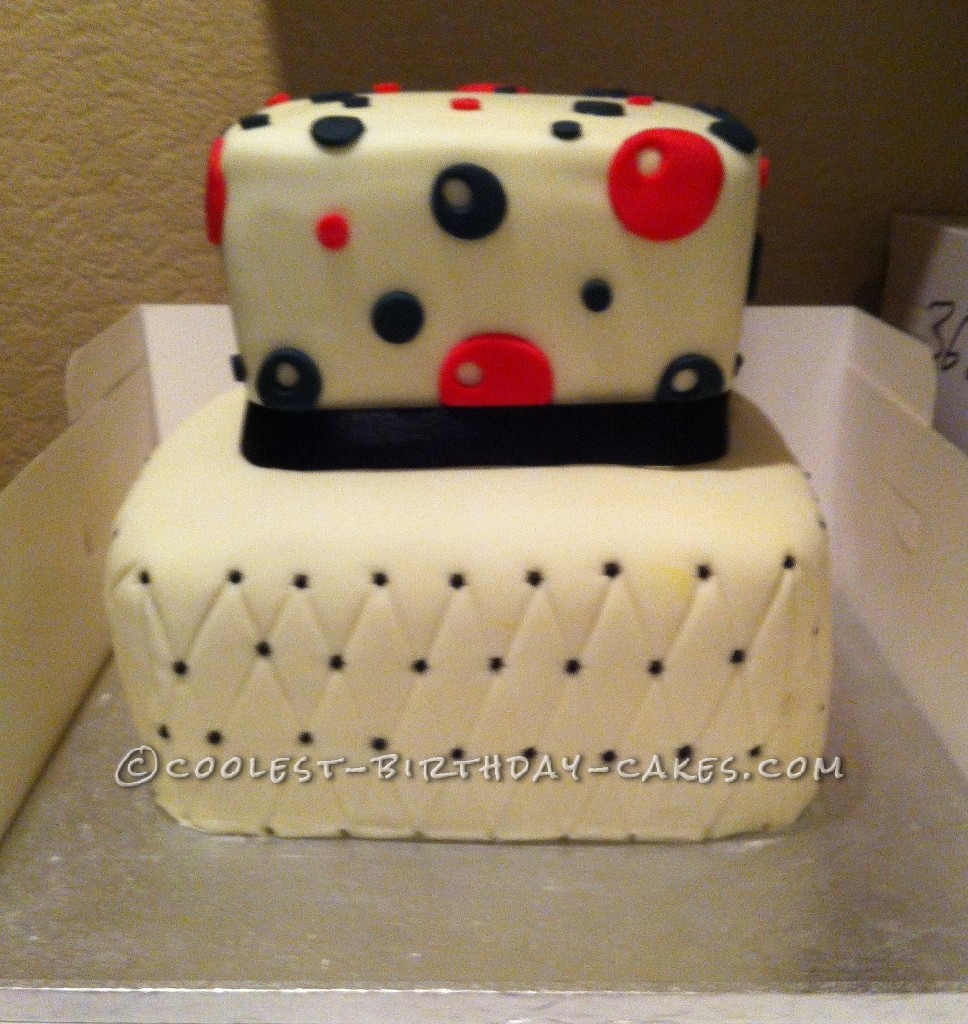 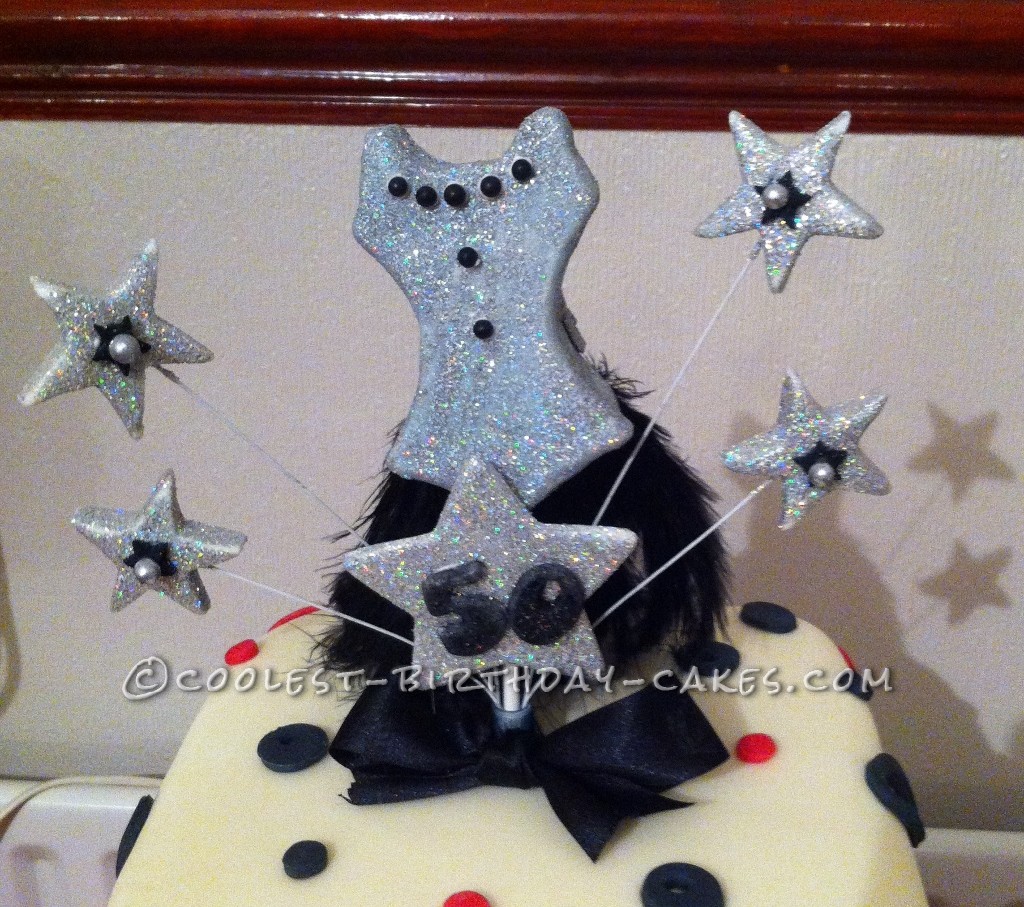