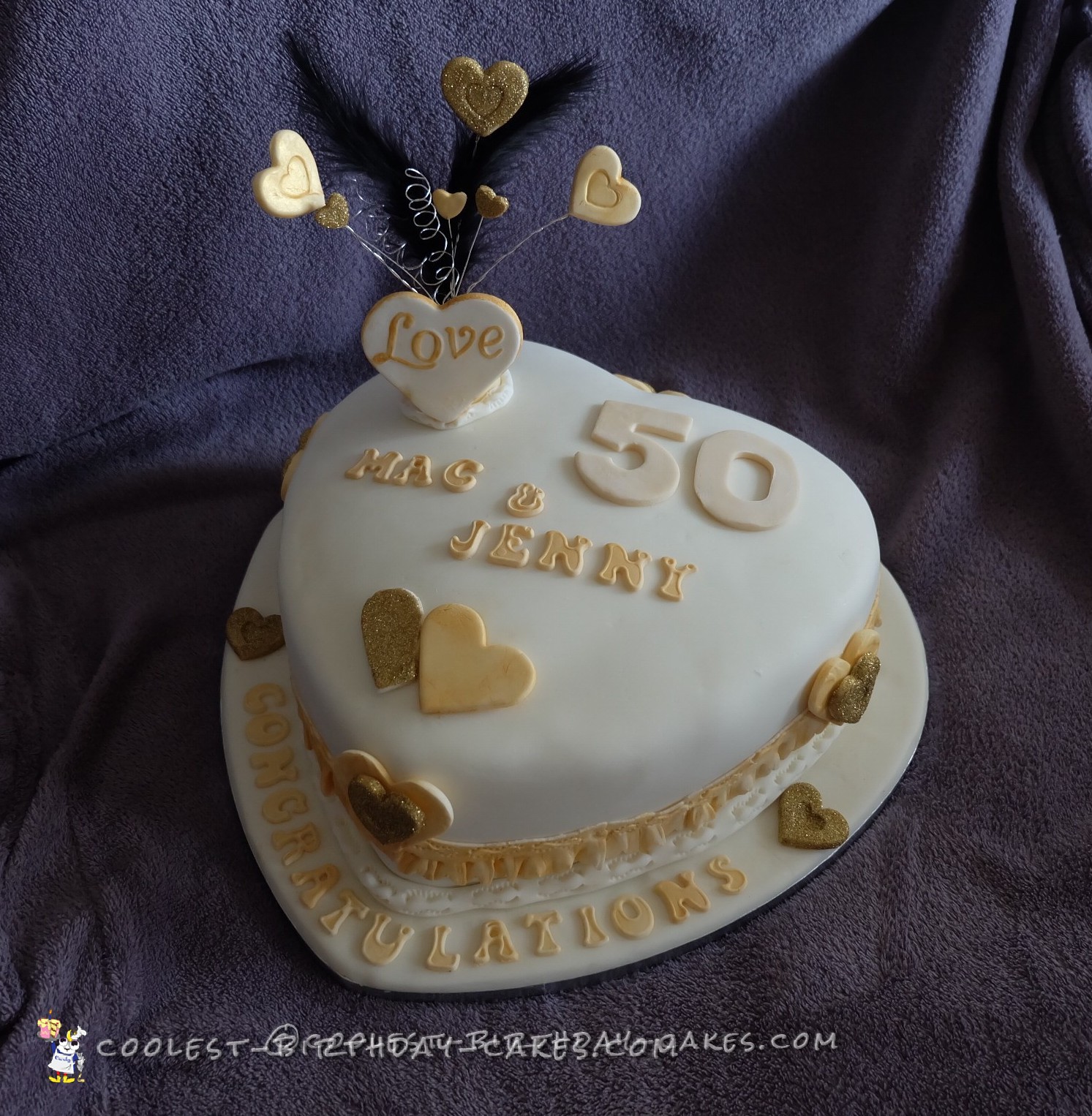 Friends of ours were due to have a special wedding anniversary, their 50th. They asked me if I could make a 50th wedding anniversary cake for them and obviously I said, “yes!”  They wanted a heart cake with a topper on it and they sent me a picture of the sort of cake decoration they had in  mind.

I started by making the hearts and I made some extra ones in case of breakages.

I sent our friends a picture of the end result. Everyone loved it! 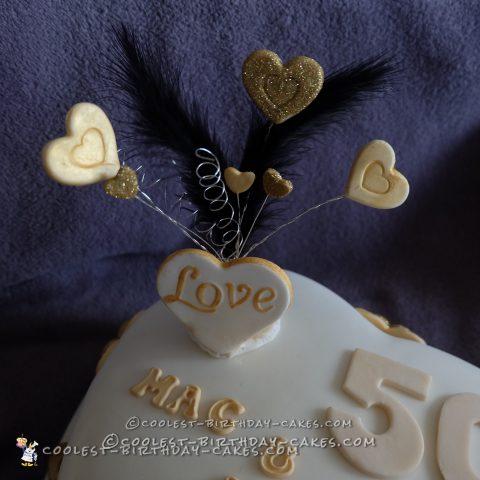 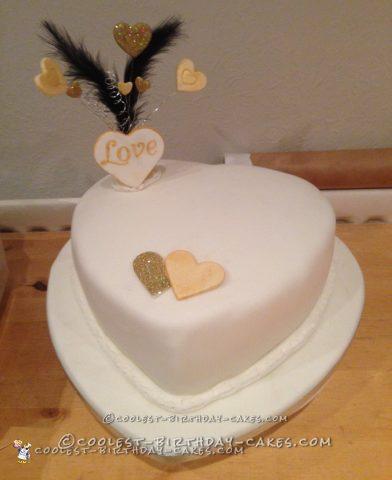