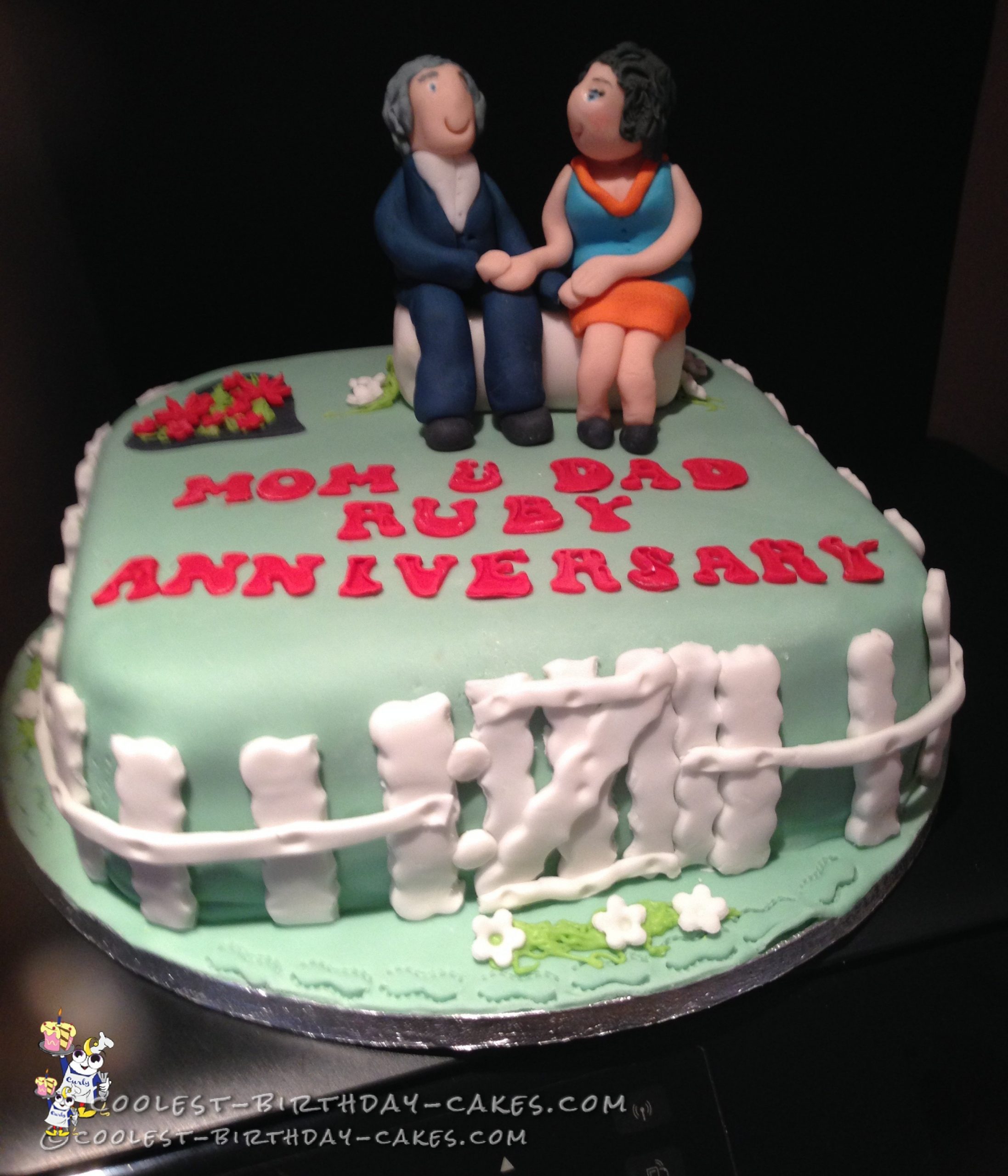 I adore making cakes with models on the top and was asked to make a 40th wedding anniversary cake with a couple sitting on a bench on the top of a cake. It was for my niece’s mom and dad’s ruby anniversary.

We had a giggle at the end result. My niece said the man looked like Andre Rieu who her dad adores. I told her if you would have asked me to make him I couldn’t have done it. Ha, ha! 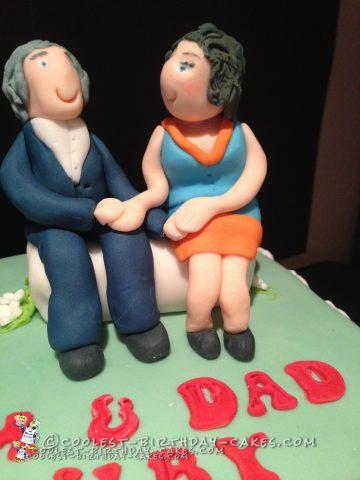 Coolest Walk in the Park Cake