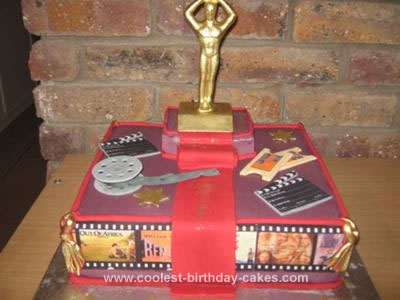 This cake was not actually a birthday cake, but we (me and my partner) made it for the annual fair at our church. Wanting to do something that will be eye catching, we decided to make a “Oscar Academy Award” cake. Although the Oscar is not an exact replica of the original, it does give you the feel of an Oscar.

We started out by baking ordinary chocolate sponge cake for the base. The Oscar is made out of cooking chocolate that we poured into a mold and painting it with gold dust. It was a bit difficult since the Oscar is poured into two pieces. The front and the back and then put together. The first time it broke when we tried to get it out, as well as the second time, but we were able to fix it with some melted chocolate. We put the two pieces together and it came out fine.

We put a butter cream icing in between the two layers as well as on top, before we covered it with fondant. All the bits and pieces on top, like the film roll as well as the “Scene Boards” was made out of fondant.

We got a list of all the well known movies that won the Oscar for best picture over the years and we edited the pictures into film strips. After that we printed it out onto sugar paper and we put it alongside the cake.

This cake was fun to make and it was a huge hit at the Church. They ended up auctioning it off at the end of the fair and it fetched R550.00 (That is about 69 US Dollars), so we were happy that we could help the church fund with our cake. 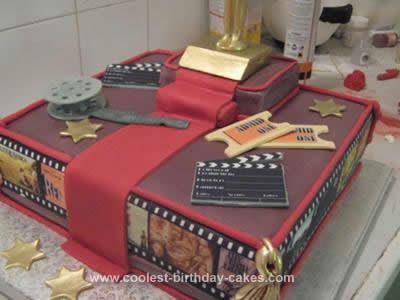 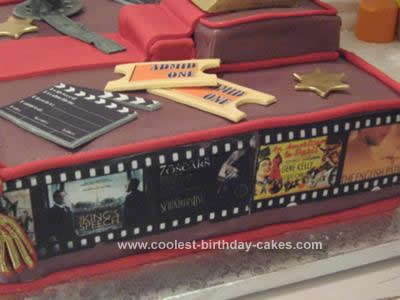 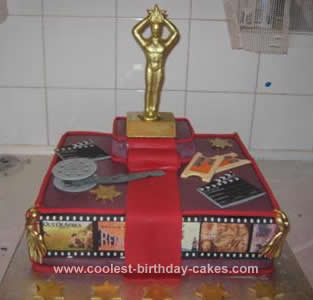