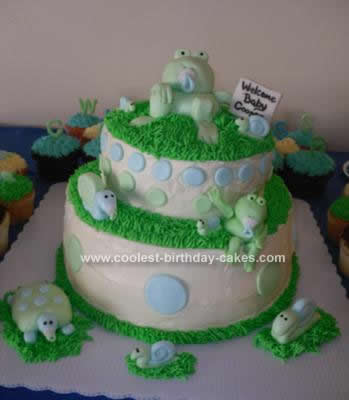 I made this Homemade Baby Shower Frog Cake for a friends baby shower. She wanted a frog, turtle, and snail theme. I found a few pics on several sites that I went off. I made a 6in Orange supreme cake for the top layer. The bottom layer was 9in white on top and choc on bottom with choc fudge icing in middle. Both layers were covered with vanilla icing.

The only tip I used for the icing was the grass tip. It went well with the theme. Over all everyone LOVED it ! 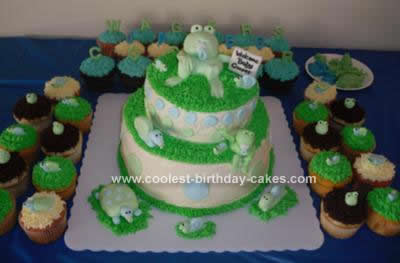 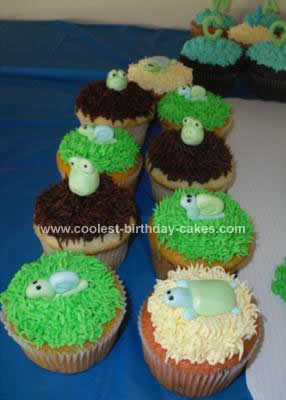 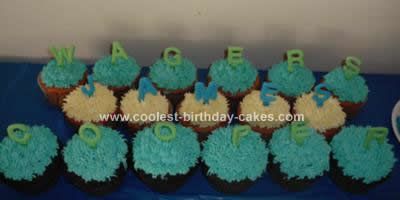