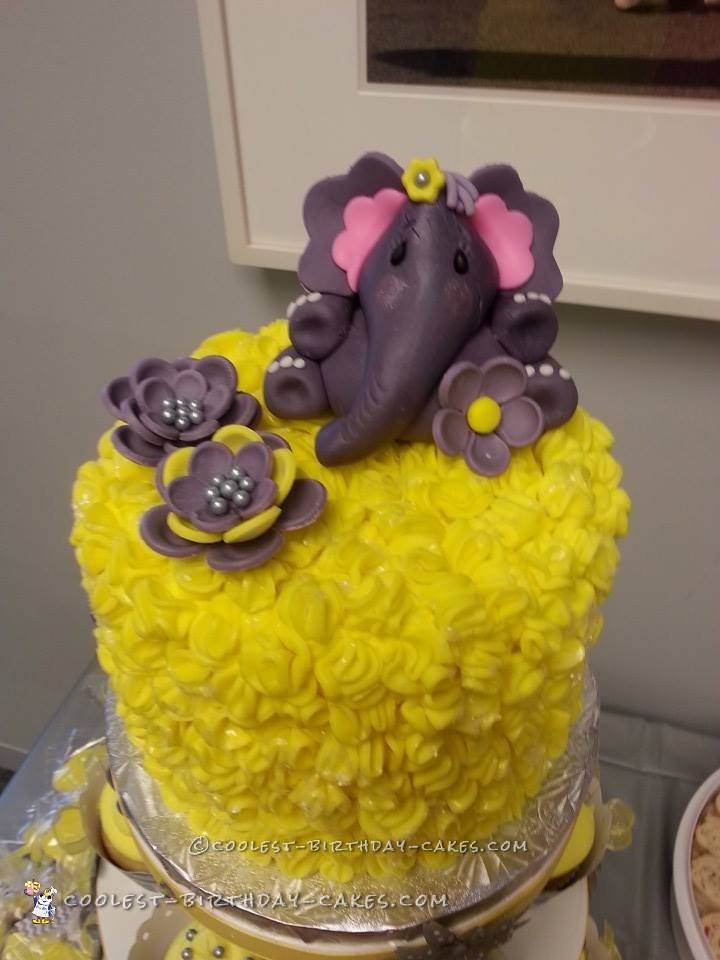 This is an Elephant themed baby shower cake I just recently made for my daughter’s friend.

The cake was three 6″ layers of white velvet cake from a recipe I found inspiration for online. It is a white boxed cake mix with sour cream and coffee creamer added among other things. The buttercream recipe was one off of the Wilton website. The ruffles were made by rolling fondant 1/8″ thick and cutting in approximately 1 1/2″ circles then ruffling by pushing the center and pinching it together into a little ruffle like shape. They were left to dry overnight (approximately 300 of them) and then a bit of the end was cut off and they were pushed into the buttercream on the cake, which was tinted the same color. The cake was then steamed to eliminate any loose powder sugar.

The elephant and the baby were both made with a 50/50 fondant and Gumpaste mix. The baby was made with a silicone mold. The elephant I modeled after a photo I found on Pinterest. It turned out nothing like the picture, but was pretty cute anyway.

The cookies were a vanilla sugar cookie recipe from Wilton. They were covered in a thin layer of buttercream and decorated with fondant. They were also steamed. I added a bit of clear sparkle sugar to both the cake and the cookies right after steaming.

The flowers surrounding the baby, on the cupcakes, and on top the cake were also made with 50/50 fondant Gumpaste mix. The cupcakes were also the white velvet recipe. Hope you like it!! 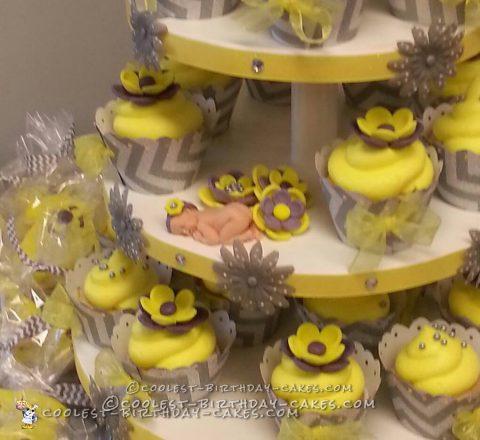 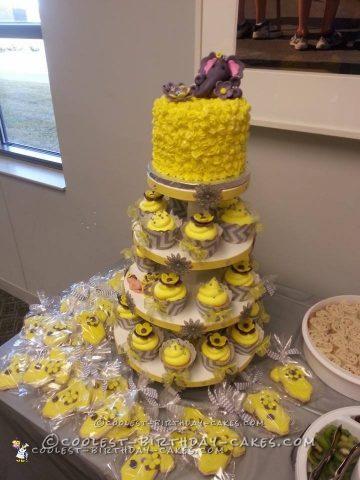 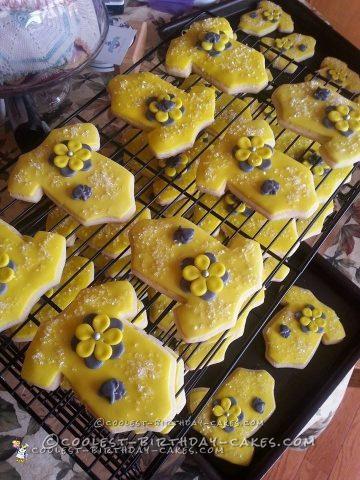 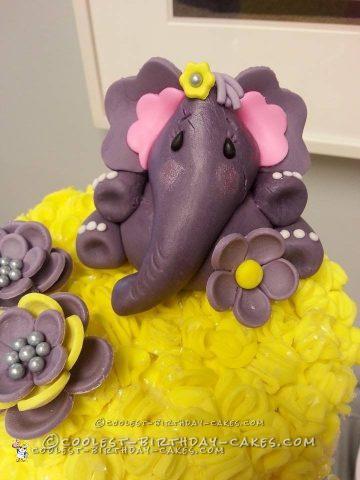