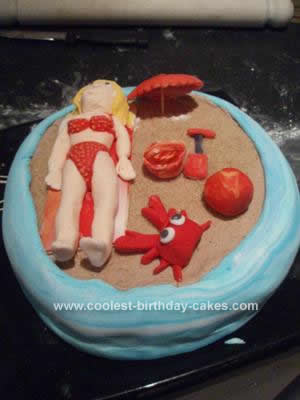 I originally planned this Beach Birthday Cake with a week in mind but the friend I made it for suddenly told me his wife’s birthday was the following day.

The figure wasn’t easy to make as the spotlights in my kitchen dried out the sugar paste. I made the female figure and added a red bikini I then use Royal Icing for the spots to create a yellow polka dot bikini. The crab was made out of sugarpaste.

Due to being short notice I had to make shortcuts and didn’t spend as much time as I wanted to on the umbrella, bucket and spade or beachball. The sand was brown sugar and looks just like a beach

To get the blue wavy look around the cake I used simply blue and white fondant folded several times then rolled out and looks just like the waves on the sea. 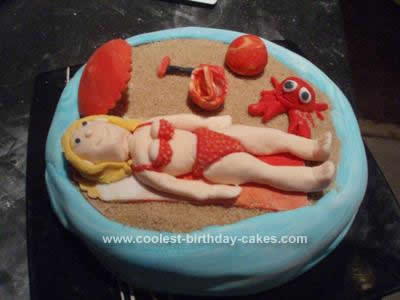 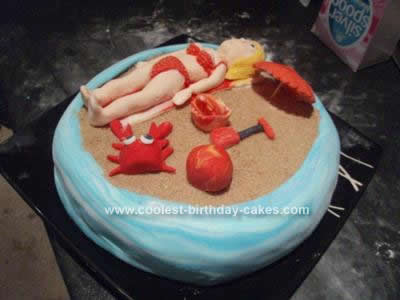