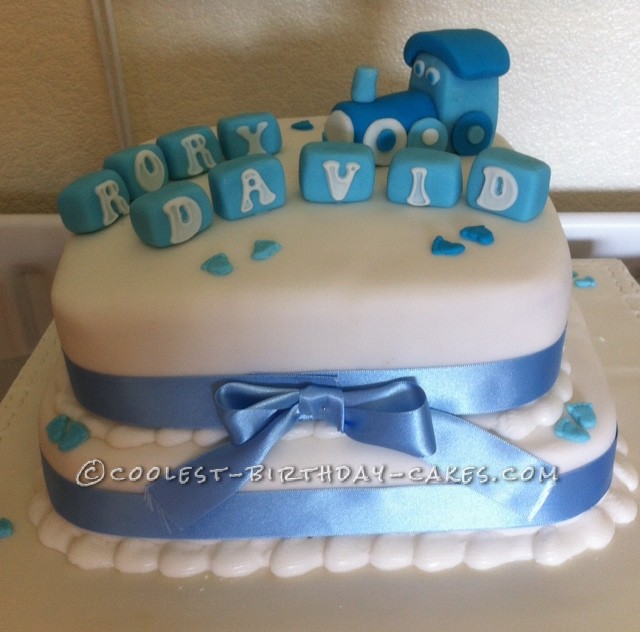 I made a cake previously a big top cake. They were so pleased with it that they asked me to make a Christening cake too. I was sent an email with the ideas she had for the cake.

I started by making a train out of two different color blues and some white icing. I also made 9 pale blue blocks and when they had hardened overnight I the cut out the letters, then I made some small feet using a mold I had purchased off eBay.

I baked an 11″ square cake and a 9″ square cake. She didn’t want any butter cream or jam filling but I did have to use a little butter cream to adhere the icing. When the cakes were covered I pushed dowels into the bottom tier for support and then I covered the cake board and I then attached the top tier. I then pipe iced around the base of both cakes and then attached the train and blocks using a little royal icing. I attached the feet randomly around the cake and attached a ribbon around the base of both cakes and attached a bow to the top tier. Then I covered the edge of the cake board with ribbon.

I forgot to take a final photo of the finished cake but on the cake board read “On your Christening day” and the date in the same lettering as the blocks. I was really pleased with the finished cake and they were too. 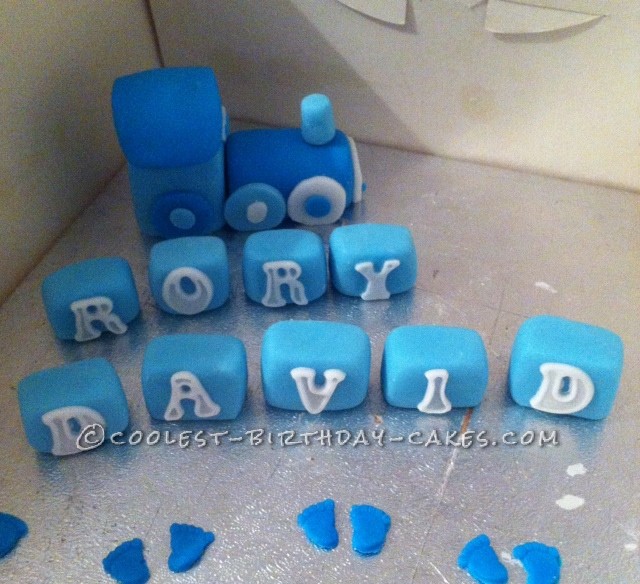 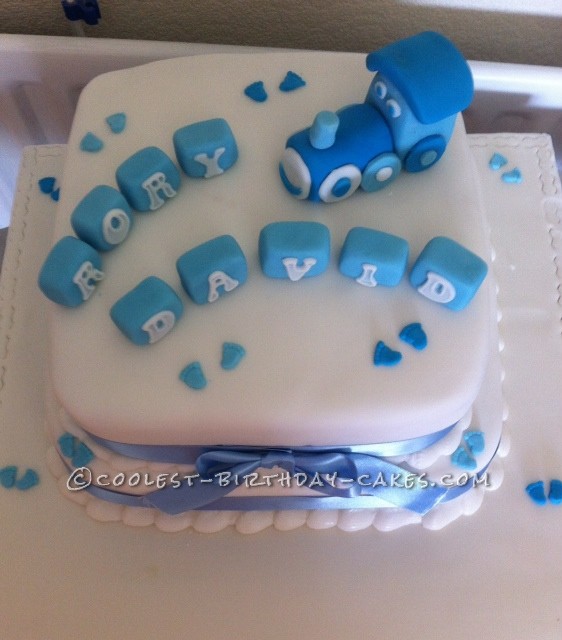 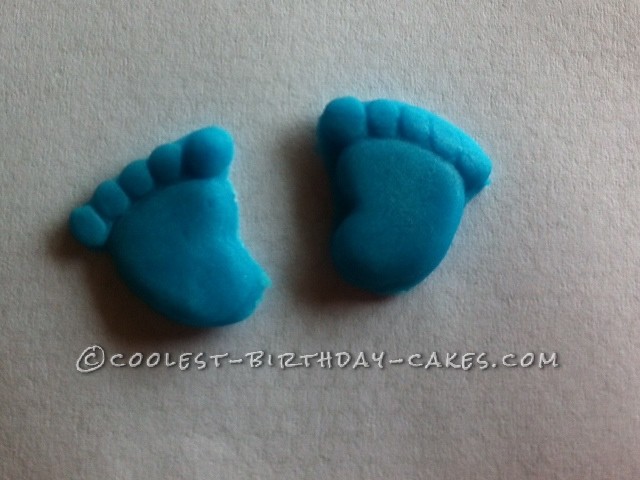 Awesome Homemade Half and Half Birthday Christening Cake