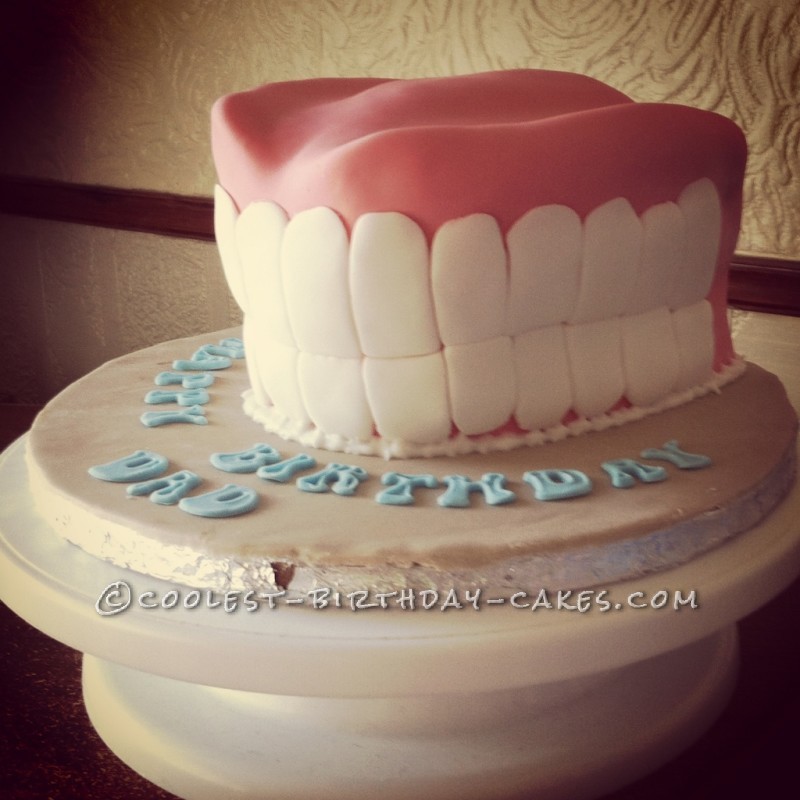 It was my dad’s birthday in April. Just couldn’t think what type of cake to make for him this year, he’s a bit of a joker and I knew he could take a joke  so I decided to make a false teeth cake for him. Well, when he saw it he laughed and took his own teeth out and had his picture taken holding the false teeth cake to his face, he thought it was brill, and I must say I was quite impressed with the outcome myself. To make it me and my mom took a picture of his teeth (ha ha).

To start this cake I made an 8″ round three layer coconut sponge and sandwiched together using butter cream and jam and then I had to cut an indent out of the top and shape the edges to make the shape for the teeth to be attached to later. I then covered the whole cake in butter cream and placed in the freezer to chill, meanwhile I colored some icing in a deep pink and rolled out to cover the whole cake. When the cake was covered I had to shape the top of the cake out of the icing. Then I made templates for the teeth and then cut them out and started attaching them to the cake using a little water to attach them

I now covered the cake board around the cake and attached the wording. it was now finished. I loved the outcome. 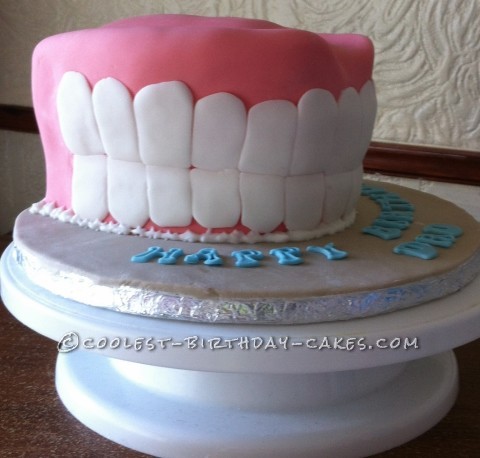 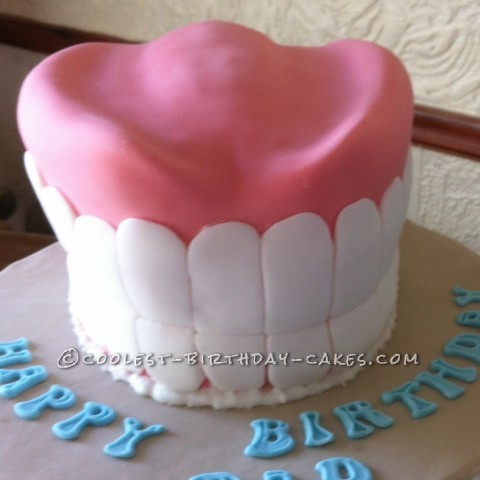