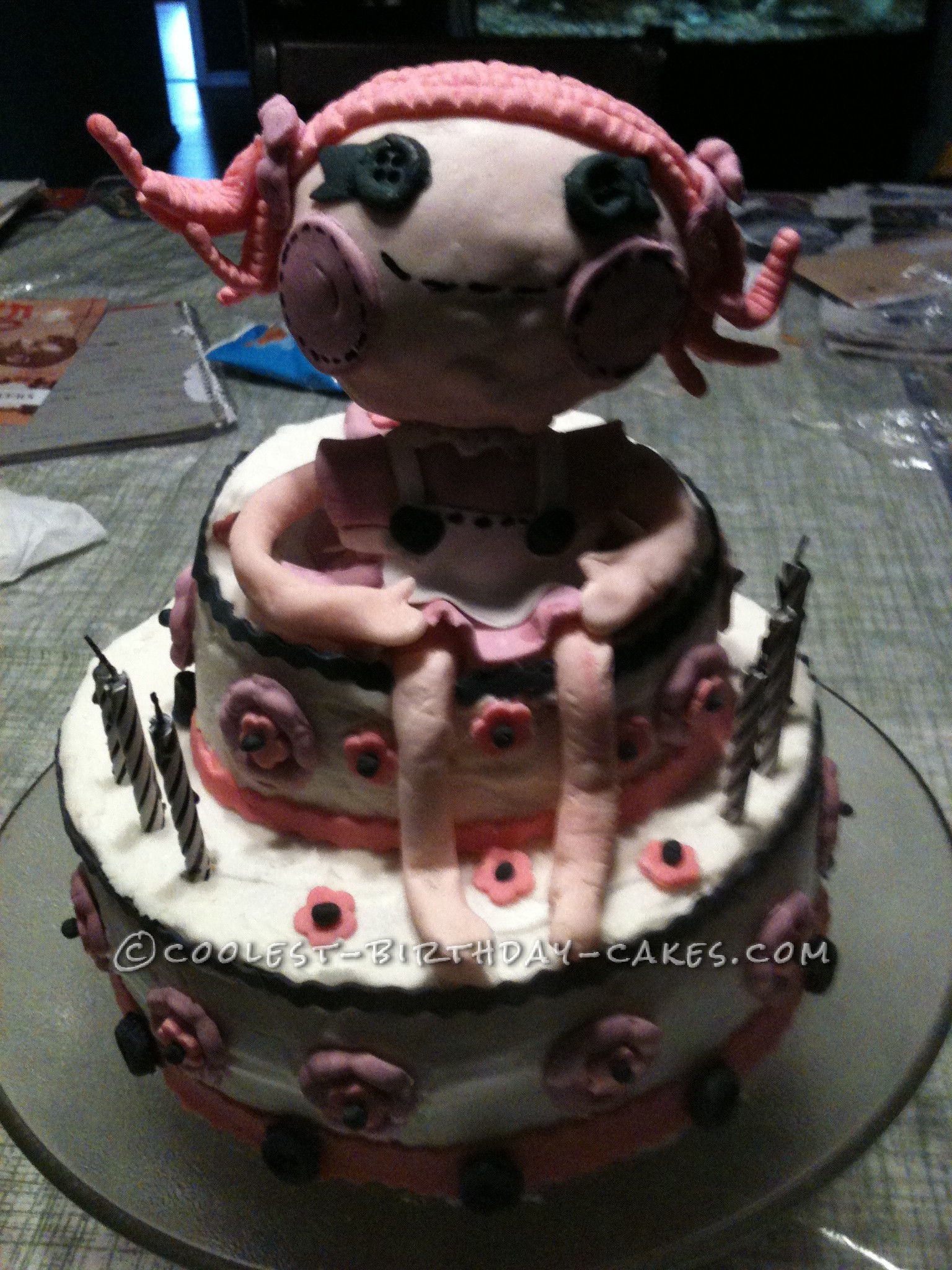 She informed me she wanted a Lalaloopsy doll cake. Back to search the web for this one! LOL It was pretty easy to do the body out of fondant and gumpaste mixture but the head was a nightmare. I made the first one and put it on the body overnight but in the morning it fell off. The head was  not shaped as well as I liked so I added to it for the hair. It just wasnt going to dry as it was so big. It took 4 tries but I finally got it when I decided to try covering a cardboard egg I had with the fondant. Bingo! It worked great and the cake was a hit!

Hunter even wore her Lalaloopsy doll tee-shirt for the party. 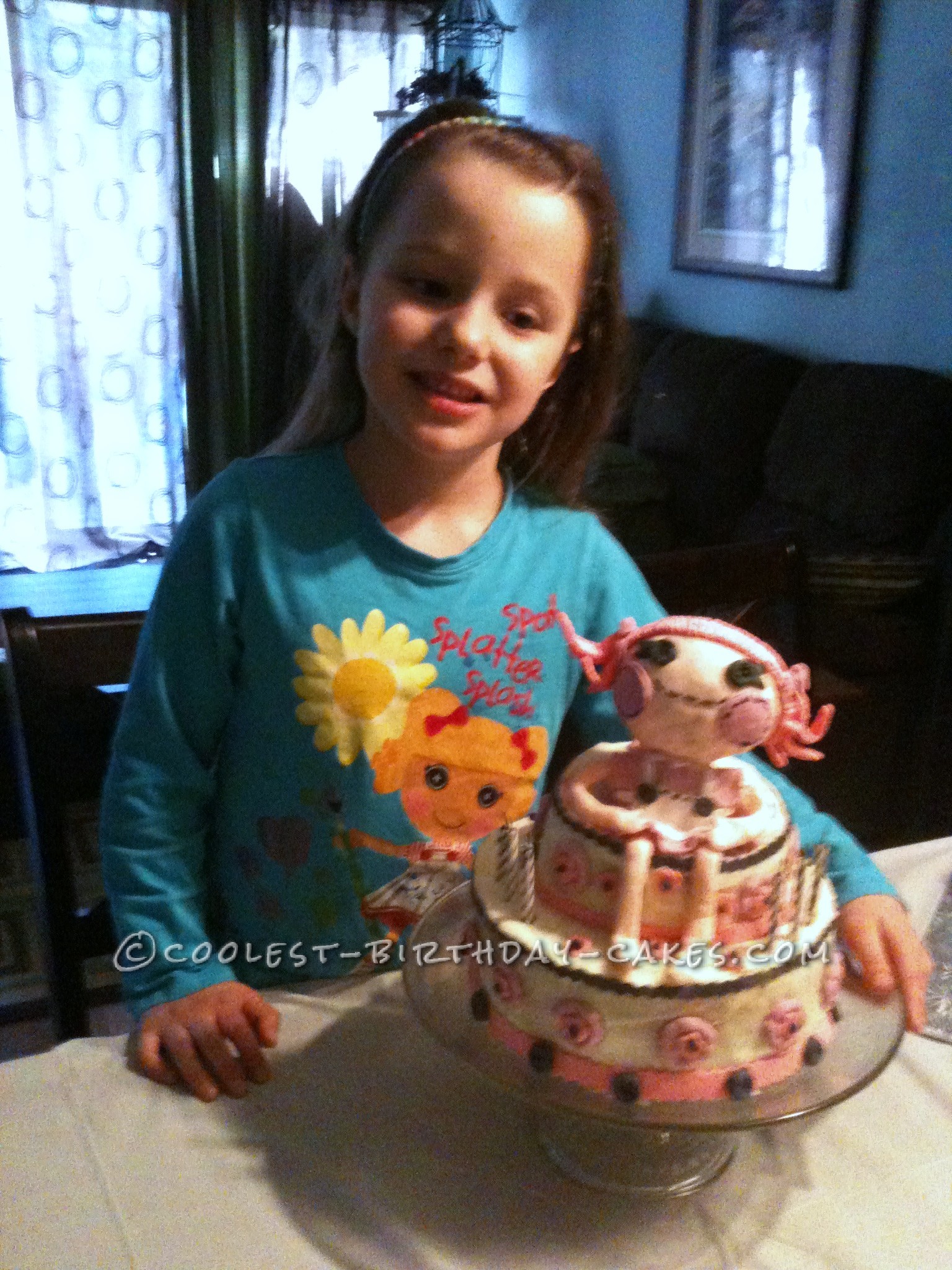