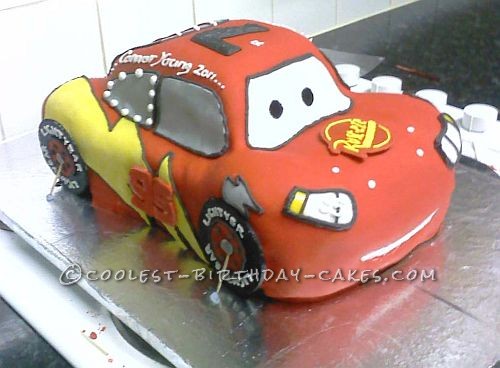 My hubby and myself made this Lightning McQueen birthday cake at home. We do this a lot now for friends and family.

This cake was made from chocolate sponge and covered with homemade sugar paste colored red. Before we started the cake we had pre piped and flooded the run out for the Rust-eze logo on the bonnet of McQueen. The tires where made from black rolled out sugar paste and piped with the lettering found on he’s tires and attached later once dried.

Windows where added again from rolled out grey sugar paste  and attached with homemade edible glue. The front screen was white and two eyes added with black food color.  Lightning stripes where made in the same way, yellow paste and cut out and attached using edible glue.

All fine details are piped using royal icing, some white and some in color. To finish the cake I personalized it by piping my nephew’s name and age on the roof of McQueen.

This was the first cake we had ever made 3D and measured approx 45 x 20 x 17 cm. And many more cakes have followed… 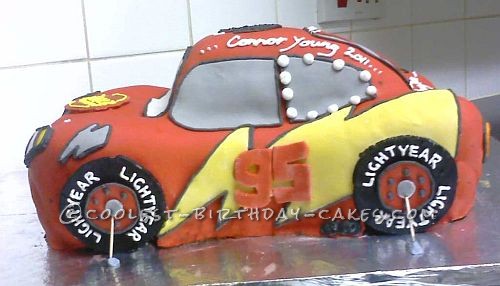 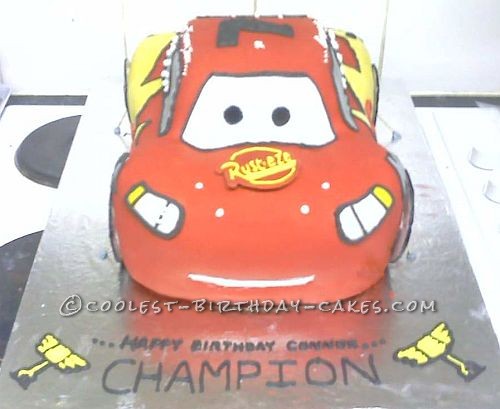