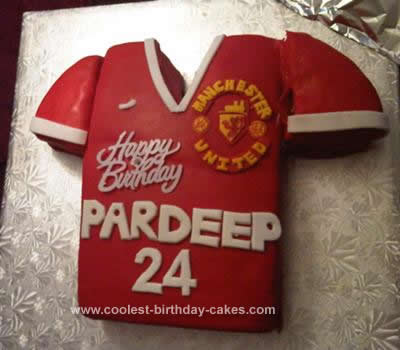 This Homemade Manchester United Jersey Cake was made for my cousin’s 24th birthday. He is a huge soccer fan.

I then cut the square cake diagonally to make two triangles for the arms. I also cut out a small triangle from the rectangular cake to make it look more like a shirt. I crumb coated all three pieces (the two arms and the torso) then froze it for about 20mins so it would be easier to apply the fondant. Crumb coating is when you put a very small amount of frosting on the entire cake to even out the surface before frosting or putting fondant on.

After I took it out of the freezer, I applied a little more buttercream to help the fondant stick and then rolled the red fondant and applied it to all three pieces separately. As I was rolling out the fondant, I sprinkled corn starch on my work surface so the fondant wouldn’t stick to the countertop. I attached the arms to the torso using red buttercream and water.

I made the details on the shirt like the logo, the name and the white stripes using fondant. For the name, I measured how much space I had then divided it by the number of letters. I used a small knife to carve the letters. I also used some edible markers for the logo. I glued all these details on the cake using a damp paper towel. I rubbed the damp paper towel on the area of the cake I wanted to stick something on and it worked perfectly! 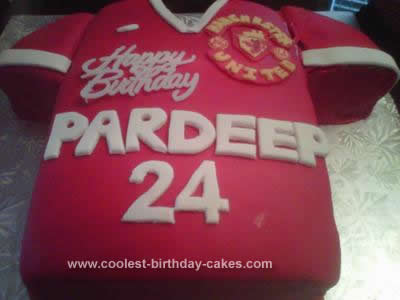 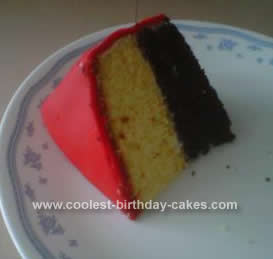