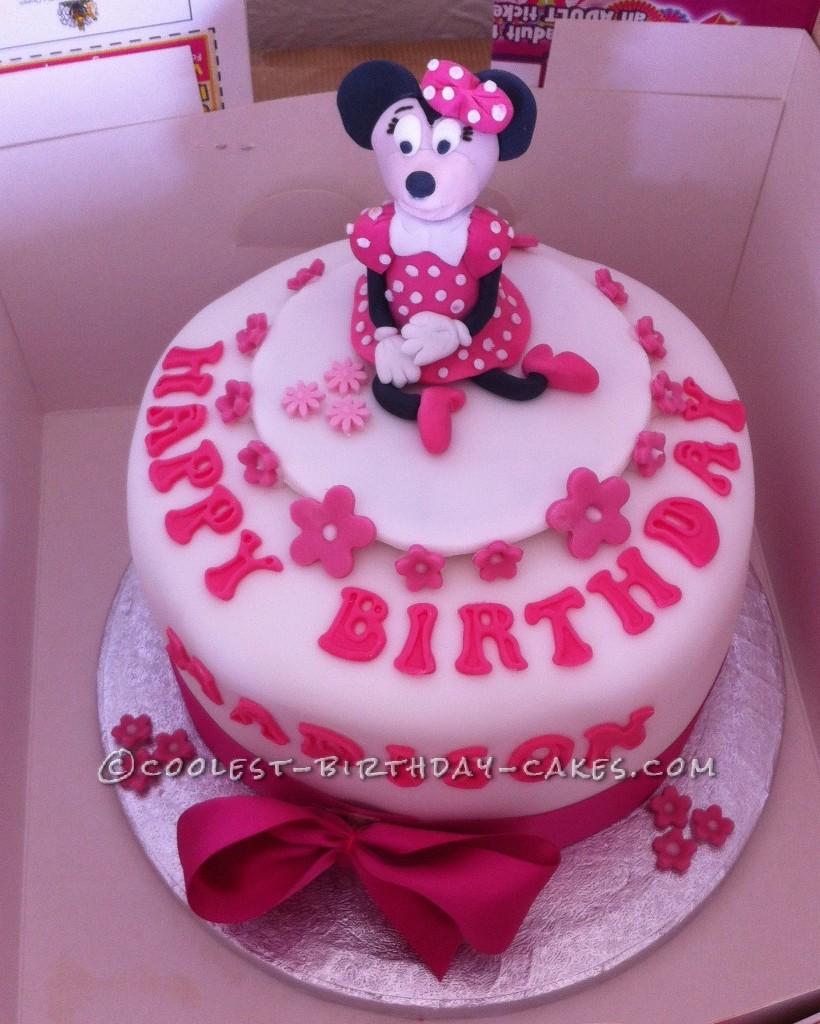 I was asked to make a cake with Minnie mouse on it for a friend of mine’s granddaughter. I had to look on YouTube to find out to make the Minnie mouse. I first shaped the dress and then attached the arms and legs. Then I shaped the hands in white and then shaped the head in pale pink and with black icing I made the top of the head and the ears. I made some red shoes and a red bow for the head using an icing nozzle.

I cut out lots of white spots and attached to the dress and bow. I made a small bow out of white icing and then attached small white circles of icing for the eyes. I attached a small ball of black icing for the nose. I then cut out a piece of card and covered it in foil and then covered in white icing and placed the Minnie mouse on it using a little royal icing to fix them together. This is the cake topper. I set this aside for a few days to harden. 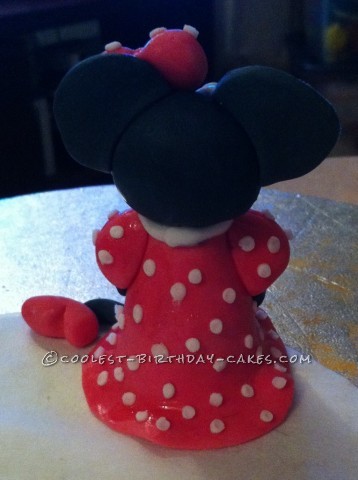 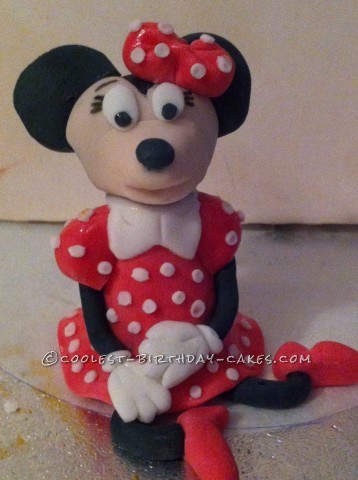