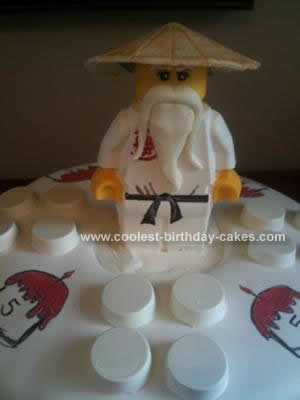 My son wanted a Homemade Ninjago Sensei Wu Lego Cake for his 5th birthday. I like to go all out with his cakes, so I was up for the challenge! I had been inspired by several cakes I had seen around the internet and decided to make the spinner out of cake and Sensei Wu out of chocolate.

I used a box cake, which turned out to be just too moist and fluffy to hold the fondant so it wasn’t as flat as I had wanted. It pulled down and squished the cake out the bottom. I couldn’t fix it, so I put lego’s around the base to hide it.

Sensei Wu was made out of chocolate in a Lego man cake mold. I stuck two of them together and used a hot knife to smooth out the edge. I used gum paste for the hat and beard.

It was a huge hit at the party! I learned a lot while making it. 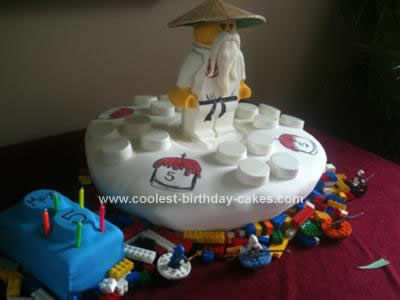 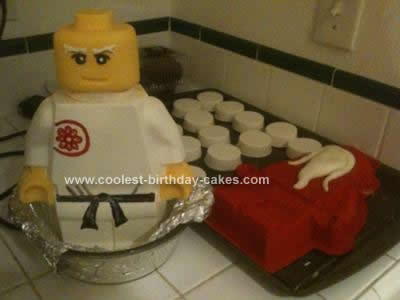