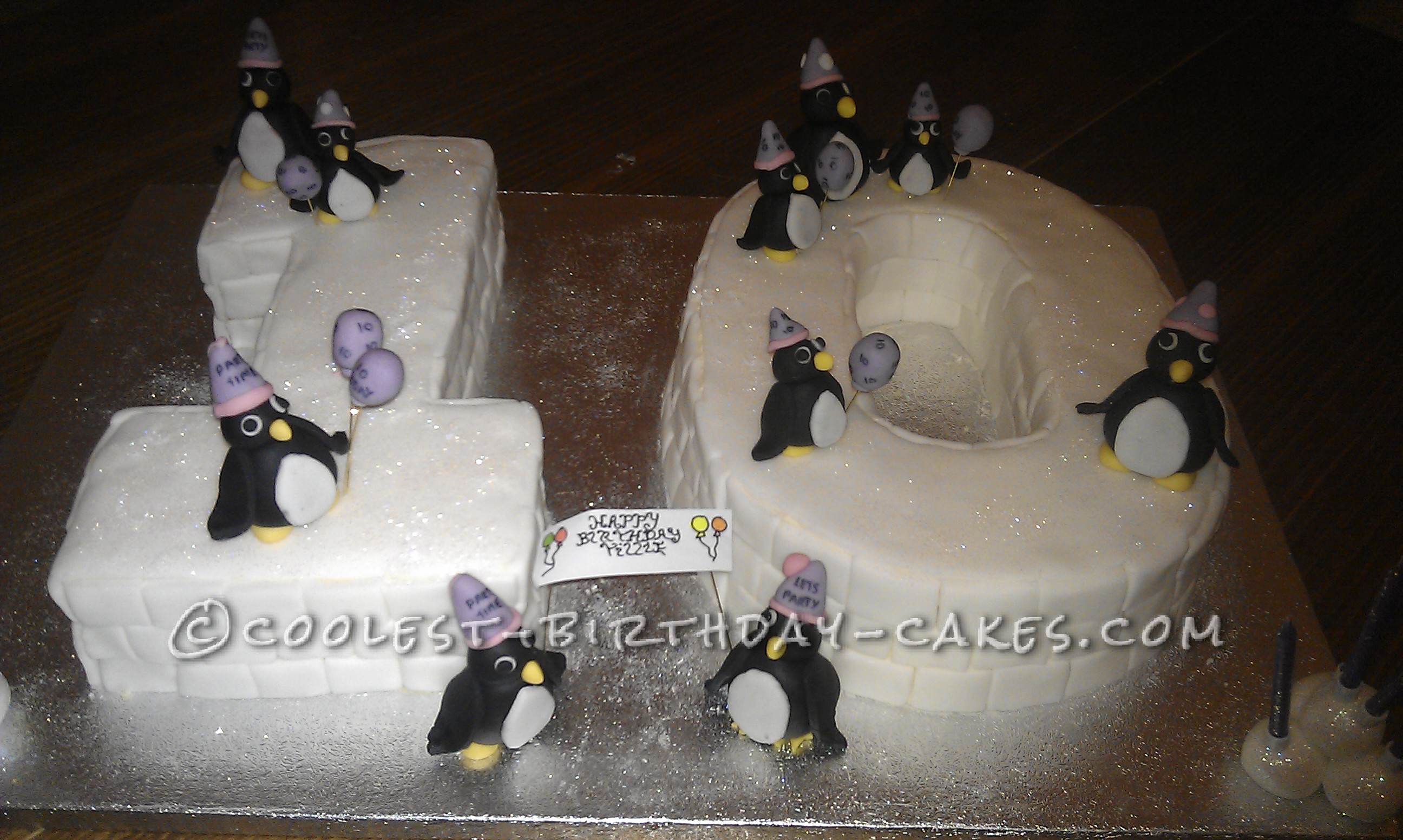 My daughter wanted a number 10 shaped cake for her birthday. Easy enough I thought but I wanted to make it special so I added her favorite animal, a penguin . I had great fun in making lots of little fondant penguins, some with party hats and some with balloons, and two were holding a happy birthday banner.

The hardest part of making them was keeping them hidden from my daughter. I made the 10 to look like igloos but instead of marking the block of ice on the fondant which would have been quicker (you learn for next time) I cut out each block by hand! Took a very long time but was extremely pleased with result.I sprinkled some glitter over the top and added the penguins. My daughter was over the moon and said it was the best cake ever and didnt want to cut it which made my feel chuffed to bits. 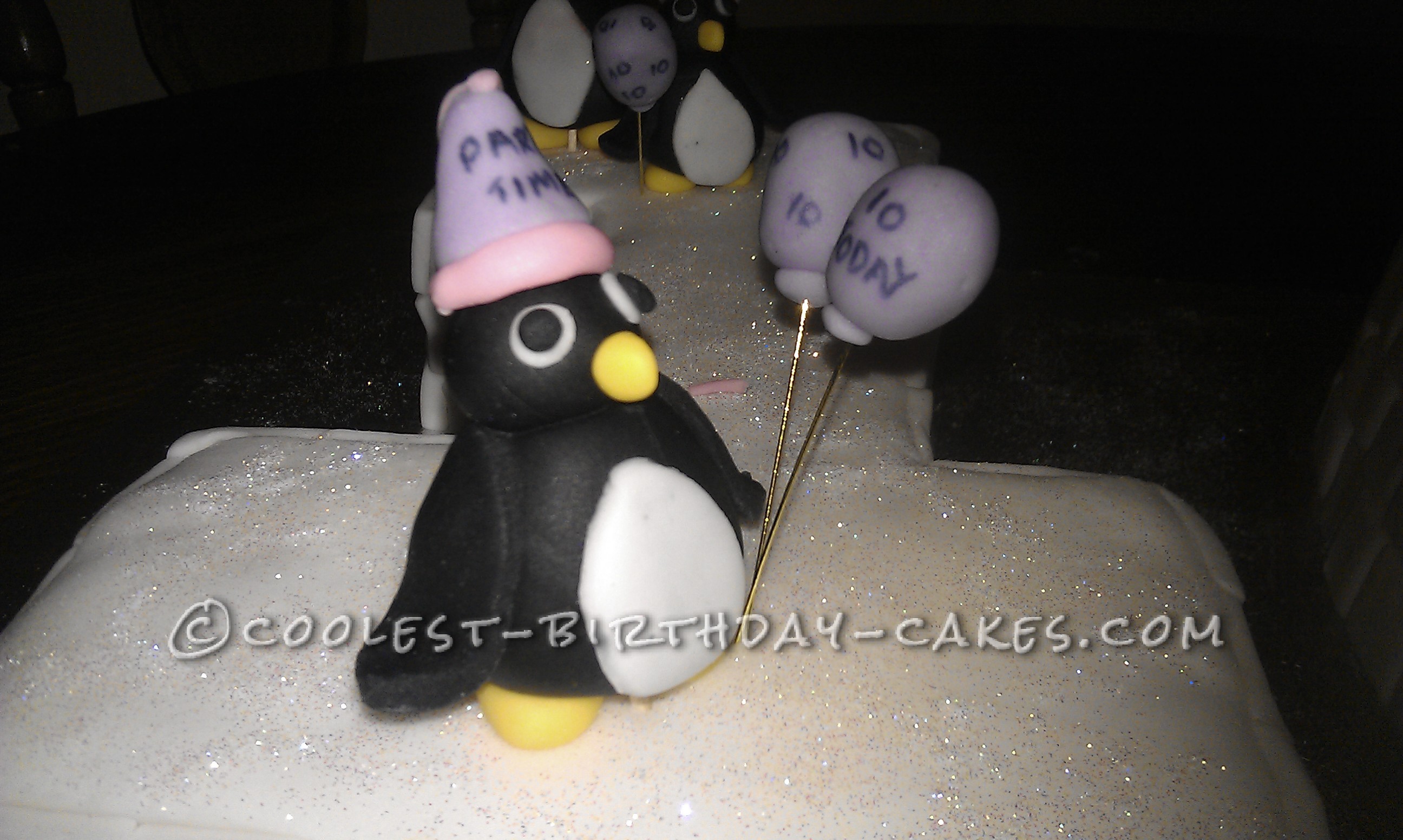