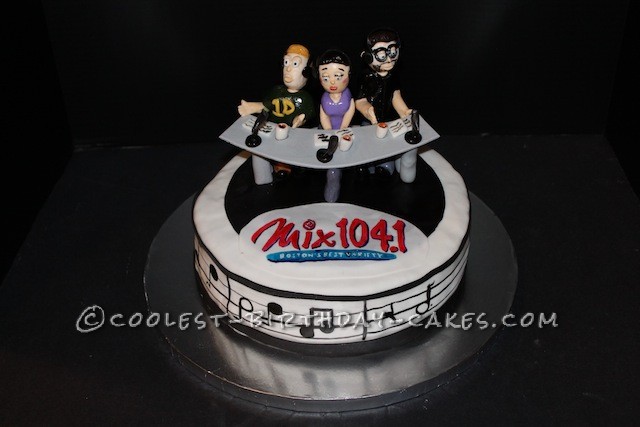 I made this Radio Station birthday cake for a local Morning Radio Talk Show in Boston. I had called the station the week before to try and win a contest.  It was a pop culture contest where the host and I were each asked 5 pop culture questions.  She almost never loses. And guess what:  She didn’t lose against me either!

I did however tie the host which gave me, wait for it, ABSOLUTELY NOTHING!!

When I was on the hold waiting to play the game, one of the other hosts came on the line and asked for something interesting about myself. I said, “I’m a Cake Designer”.

I explained how I was laid off last January after 15 years in the medical field and decided to turn my hobby into profit by selling custom cakes from home. Thus far, it has been extremely, actually let me rephrase that, RIDICULOUSLY slow.

The host of the show was very interested and when they had me on air, they actually explained my story, visited my Facebook page and commented on some of the cakes I’ve done.  Then at the end, they let me plug my business.

OMG!!  That day I got 80 new “likes” on my Facebook page, a few e-mails requesting information on wedding cakes and a cake order for the following week!!

Because it was the birthday of the host I competed against and to thank the station and the show, I decided to make this cake. I delivered it to the station while they were on a break.  Their reaction could not have been any better.  There was shock, laughing and even a few expletives that definitely expressed how pleased and amazed they were at my detail.

Once again, they mentioned and thanked me on the air, posted the pictures on both Twitter and Facebook and even made the picture their profile picture.

The cake is completely edible with all the figures made from homemade fondant.  All my fondant and butter cream are made from scratch.  The station’s logo is hand painted.

I am very happy with how this cake came out.  I hope you are too! 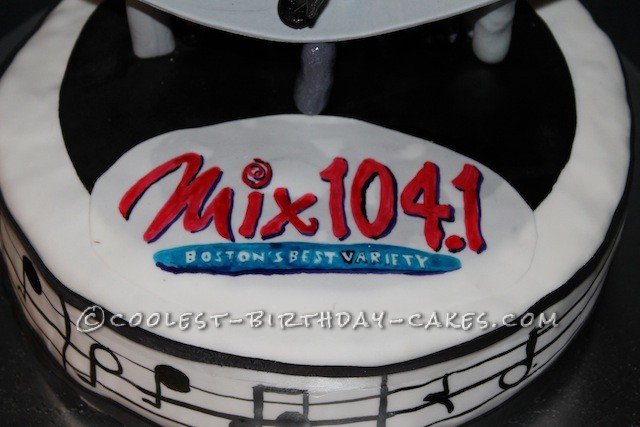 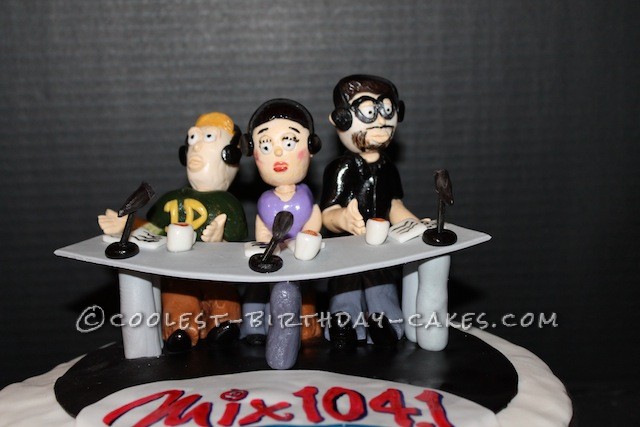 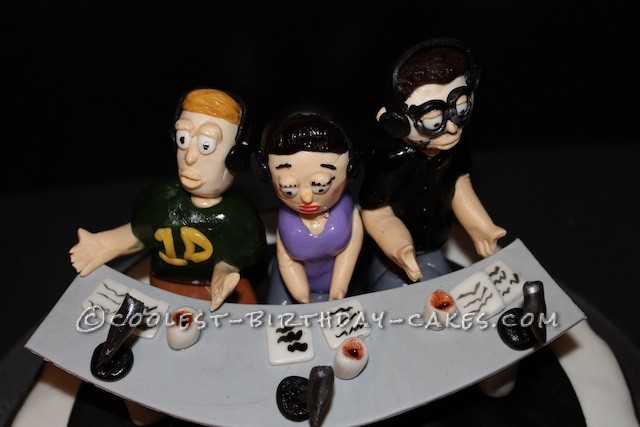