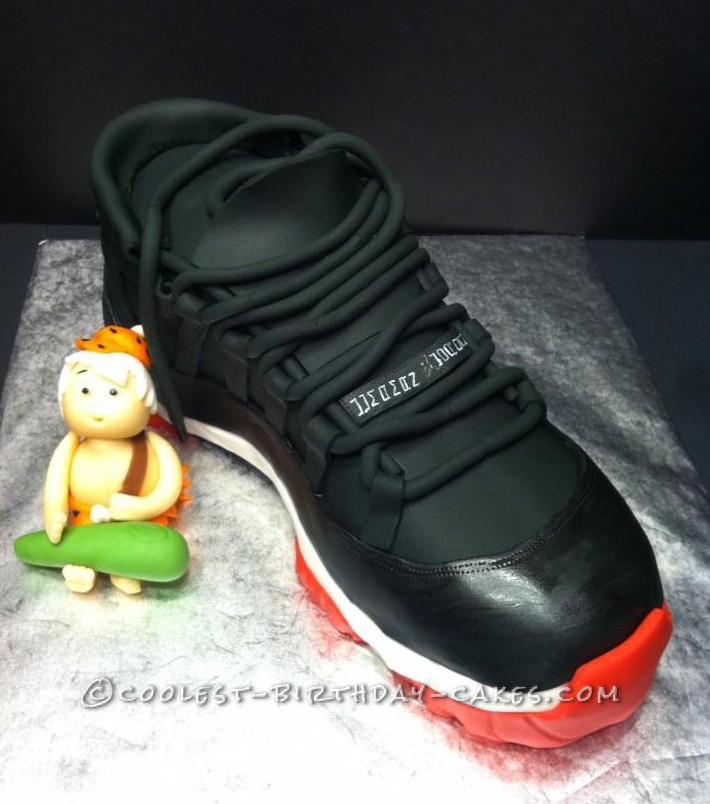 This cake was created for my best friend and husband for his birthday. He is a hard core sneaker fanatic. He really wanted a new pair of sneaker that were being released called Breds 11.  These sneakers were going to be sold out everywhere, that’s how popular they were so I wanted to make his birthday extra special in case I couldn’t locate them; and made the cake look like the sneaker.

To make this cake I used a basic yellow cake mix recipe I found on line. The filling I used butter cream his favorite. To make the cake I used one of his new sneakers, I traced the bottom of his sole to get a size, I kept the sneaker handy to use as a guide. The cake was baked using a 9 by 11 sheet cake pan; one cake was enough to make the sneaker. I froze the cake doing this is better to prevent the cake from breaking on you while you carve it.

After cake was cold enough I cut the cake and stacked it up. I place the stack next to his sneaker to get an accurate height. I used the cut out of sole to cut the cake and put pieces aside, then at eye level cut out the shape of the cake; this took a bit of time so I kept putting the cake in freezer to make it hard again. After I was satisfied I took the pieces apart and did the butter cream filling, and crumb coated the outside.  I had pictures handy of the sneaker he wanted of every angle to get the right color and patterns.

I used an extruder tool to make the shoe laces (this is an awesome tool and it comes in handy) a must have in the kitchen. The hardest part for me was making the little jump man logo at the back of the shoe, the brand symbol for Jordan. The easiest part for me was making the shape of the sneaker. Throughout all this my husband wasn’t allowed to come into the kitchen and if he did I would cover everything up. haha.

The day of his birthday I unveiled his cake and he was beyond words, he truly loved it. He couldn’t believe how much it resembles the sneaker. He didn’t even want to eat it, he took many pictures. He now has request for other sneakers that I should make him.I made a little Bam Bam to sit by his cake, since his nickname is Bam. Hope you guys love it as much as he. 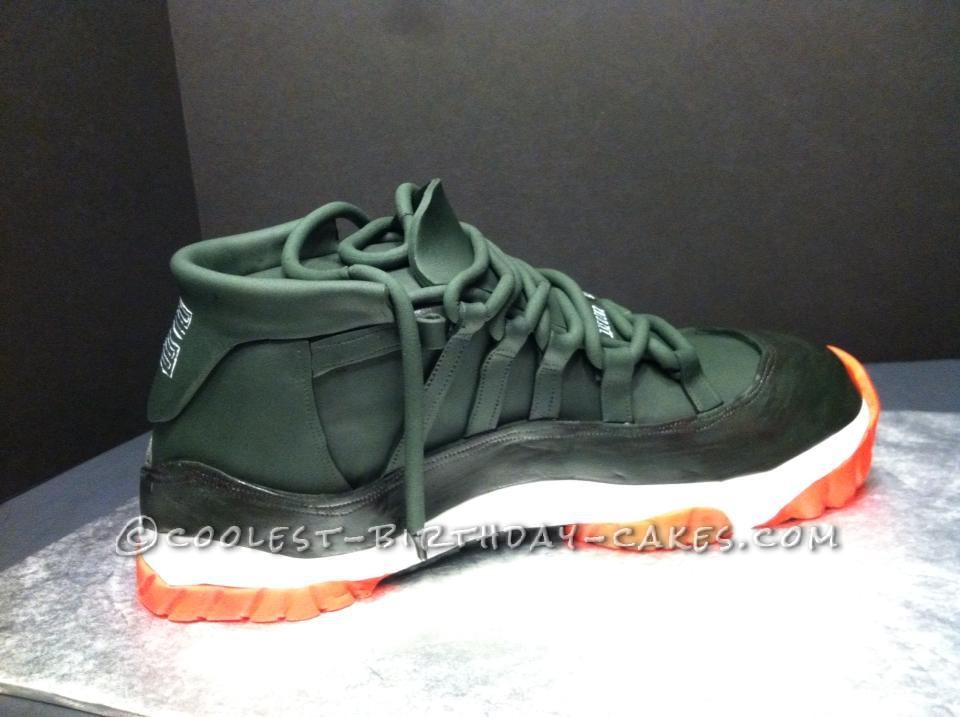 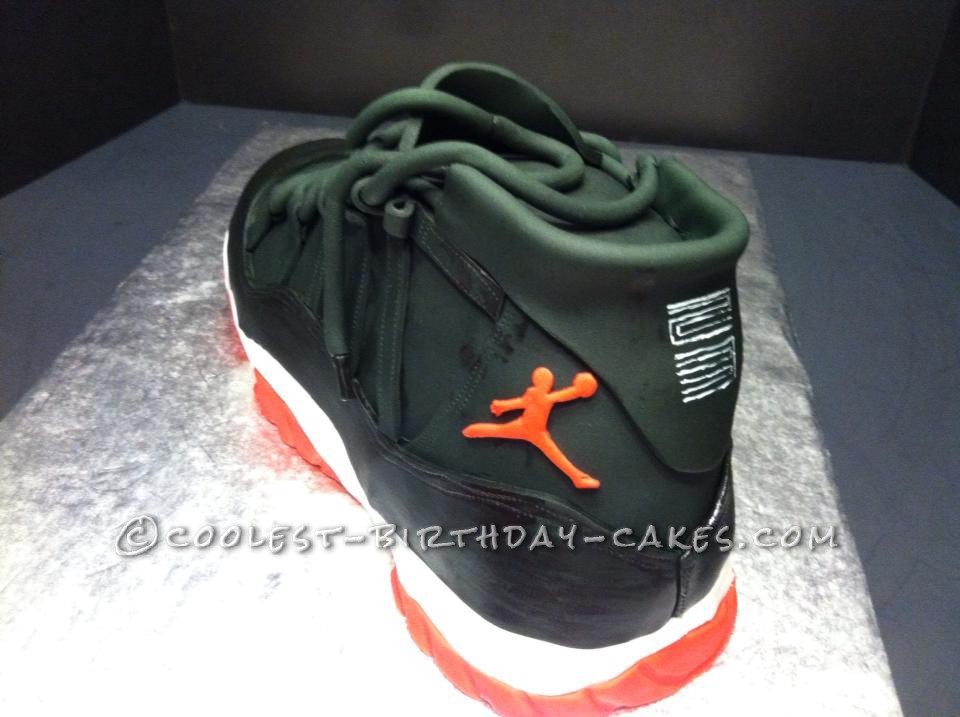