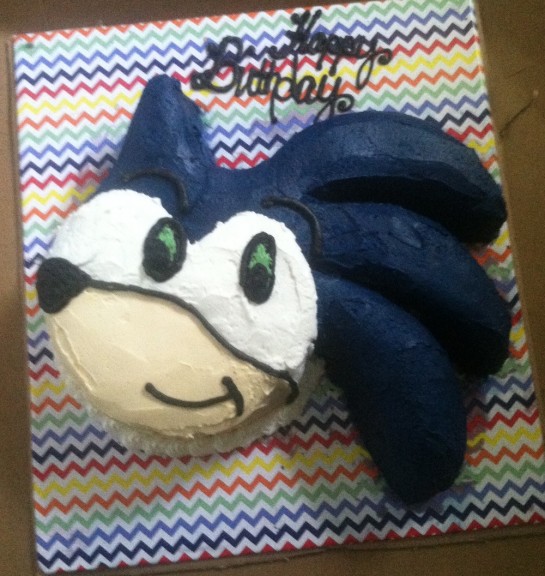 I received an order for a sonic themed birthday cake for a little boy. Knowing that I always do some sort of character themed cake for this person I hunted the internet. Finally finding a sonic head cake I decided to do this cake. I made three 9″ round cakes. Two of them would be used for the face and the third would be used for the spikes on top of his head.

I used toothpicks to help hold the spikes into place (making sure to tell the lady that there were toothpicks along a certain area to be careful not to eat them). I then colored my buttercream frosting many different shades and started frosting the face first and then moved onto the royal blue portion of the head and spikes. It was a little difficult frosting the spike making sure that they stayed in place. The cake was a total hit at the little boys birthday party!!