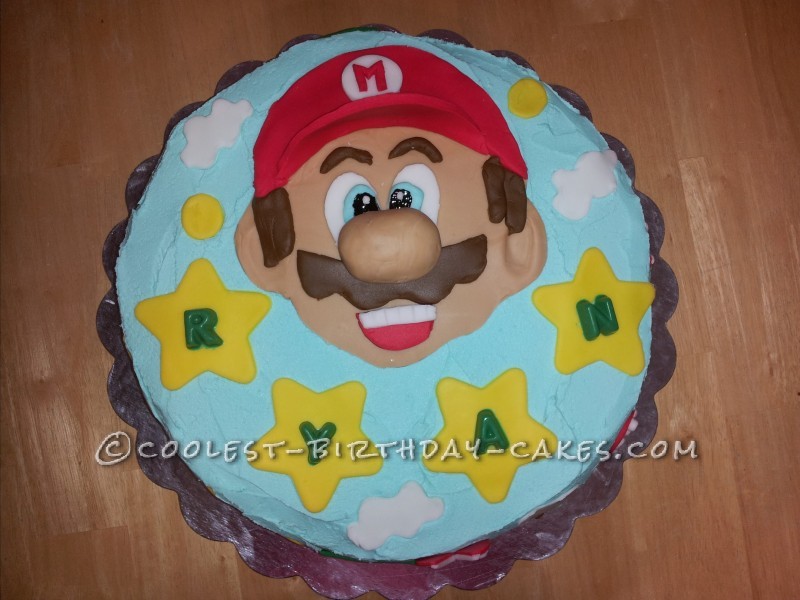 I made this Super Mario cake for my son’s 7th birthday.  It was a 12 inch round vanilla cake with butter cream frosting.  I made all the Super Mario decorations from fondant ahead of time and kept them soft in zip lock bags. The Mario face was also made of fondant.  After researching many YouTube videos, I printed a Mario face template that I found online and then traced it out in the fondant.

The letters for his name were made of melting candy wafers.  I was surprised how easy this cake was to put together on party day since all the decorations were pre made.  My son also enjoys being creative, so he planned out the scenes on the cake.  It was his idea to have the pipes coming down from the sky instead of up from the ground.  I have to say that his ideas were much better than mine, but he is the one who plays the video game!

The party was at Bounce U, so this was my first experience with transporting a large cake.  It made it there in one piece!  All of the Bounce U employees were shocked when I told them I made the cake.  They assumed I worked in a bakery.  All of his friends loved the cake and were fighting over which fondant pieces they would get on their piece of cake!  The cake ended up being way too big for the party, but leftover cake is never a problem for me.  The funniest thing is that my son actually doesn’t like cake!  He will only eat it without frosting.  However, he loved all the attention he got from his friends for having the coolest Super Mario cake that he designed himself!  I loved the smile on his face when he posed for photos with it! 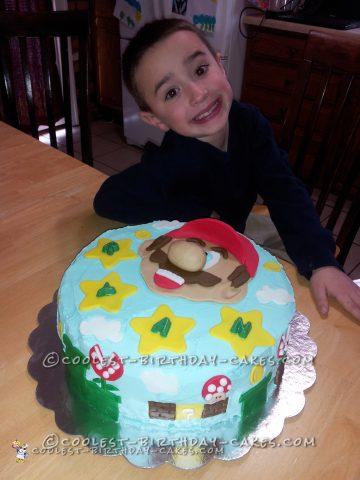 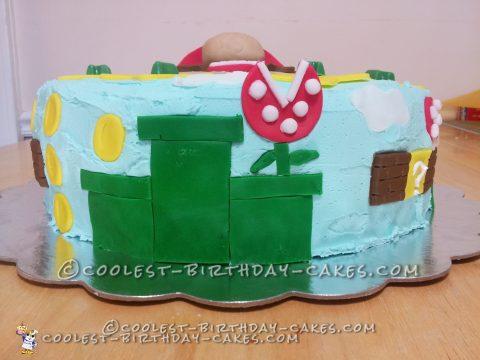 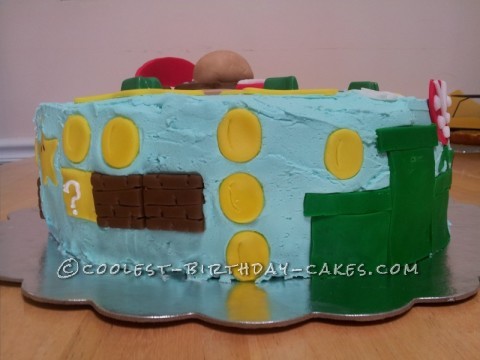 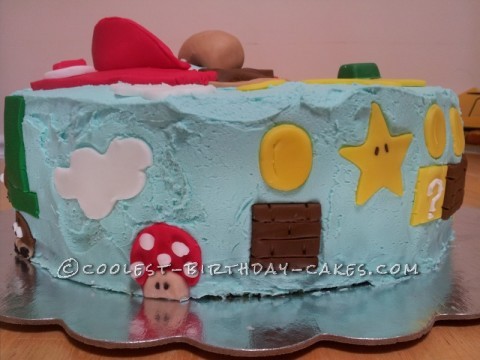 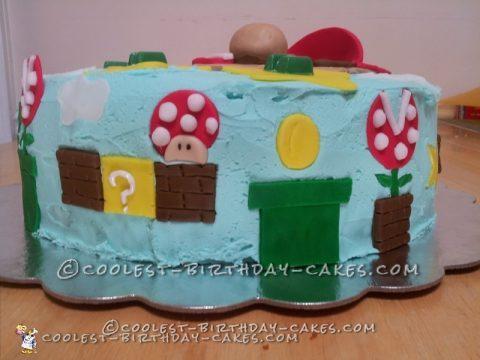 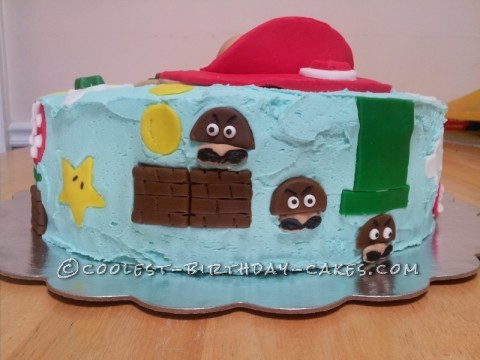