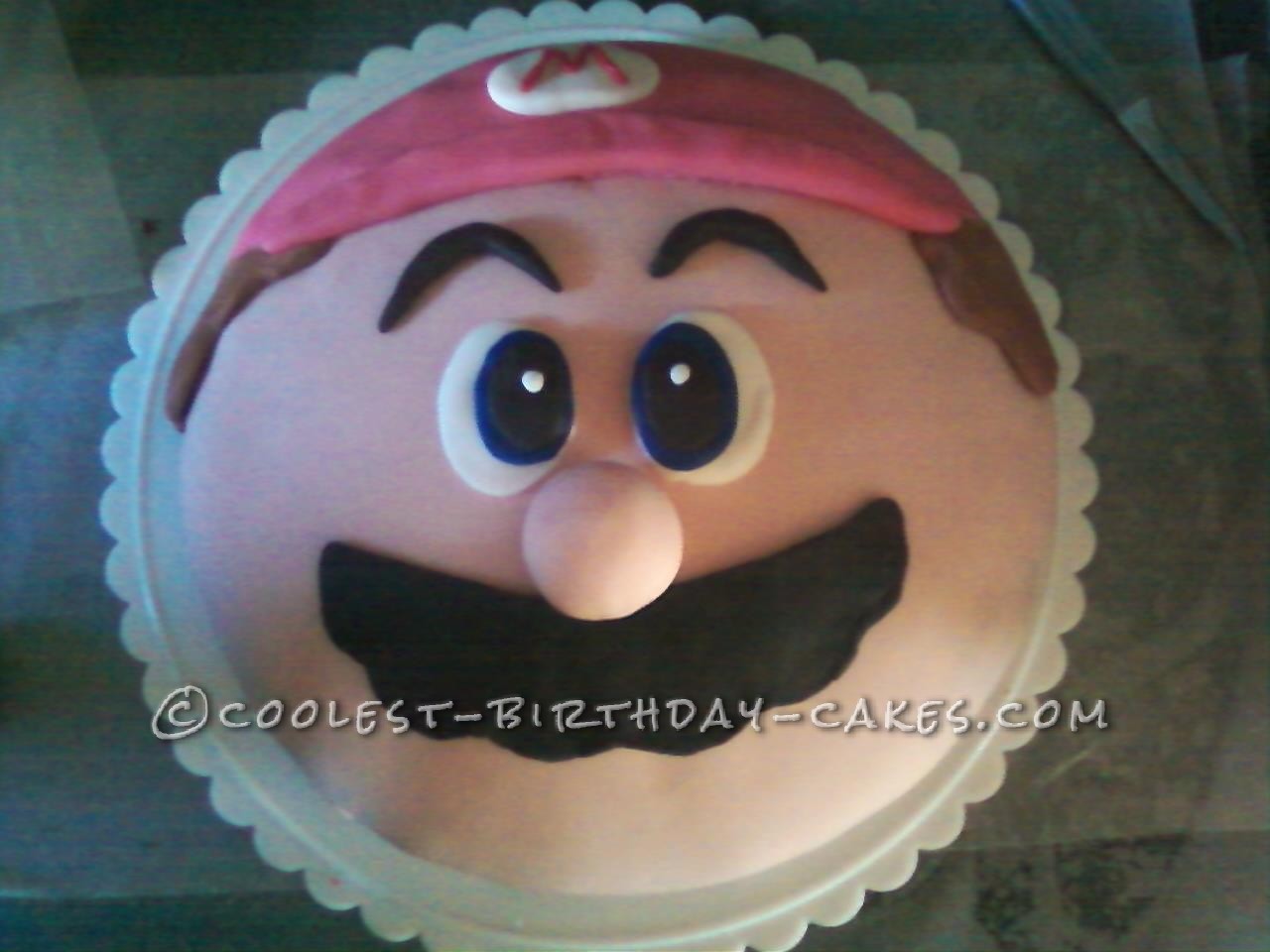 Once my son was able to hold a game controller in his little toddler hands, he was obsessed with Super Mario Brothers. So, for his 5th birthday, there was no question about what his cake should be. I wanted to accomplish 3 goals:

I started with chocolate cake in 2 round pans. Once they were cooled, I leveled them, stacked them with chocolate frosting between the layers, and covered the whole thing in chocolate frosting. I used ready-made fondant and determined the colors that I would need. Every Mario fan knows that these would include red, blue, black, skin tone, brown, and white. I grabbed my son’s Mario plush doll and checked out the proportions of his face. Dividing the fondant into greatest to least amounts needed, I colored each section of fondant with Wilton icing colors.

Once the colors were right, I wrapped them in plastic wrap so they wouldn’t dry out. Now for the fun part… I rolled out the skin tone fondant and placed it over the cake, trimming the excess from the bottom. After smoothing it out all over, I used some of the white fondant to make the eyes. I rolled it into two balls and then flattened them to create ovals. I used a mixture of water with a sprinkle of powdered sugar to glue the fondant pieces onto the cake’s surface. Using a paintbrush that is off-limits to the kids’ art projects, I brushed the ovals with my magic mix and positioned the white ovals just a little above the center of the circle. I used a lesser amount of blue fondant, rolled two more balls, flattened them out, and positioned them onto the white ovals.

With just a little less black than the blue I had used, I repeated with black ovals to layer the eyes with big black pupils. To finish Mario’s eyes, I rolled two tiny white balls and glued them onto the black. Between the eyes I glued a big round skin colored ball for his nose. Now Mario needed his trademark moustache. To make it, I rolled and flattened a fairly large amount of black fondant. I formed a slight curve on each end and then scalloped the bottom edge of the curve with a knife, smoothing the edges with my fingers. I positioned and glued the moustache beneath the nose. With the last of the black fondant, I rolled two thin ropes and glued them above the eyes as eyebrows. Grabbing that red fondant that took forever to get dark enough, I rolled and flattened a section large enough to cover the top of Mario’s now bald head. I laid a flat strip of red on the bottom edge of his hat to serve as a bill. One more white circle was needed to bear Mario’s monogram, which I made with some red writing icing I had leftover from something else– Valentine’s cookies, maybe?

To finish out my little gamer’s cake, I took my brown fondant, split it into two sections, rolled them into two balls, flattened them out, and used my index fingers and thumbs to form the tufts of hair that would seem to poke out from beneath his hat. By now I’m thinking I have definitely accomplished goals 2 and 3. This cake was simple and didn’t take all day to put together. And I’m feeling pretty good about Goal #1 too. I called Austin to the kitchen and watched his face light up as soon as his eyes met his hero. A huge grin and a cry of “That’s awesome!!” from the most super of Super Mario fans sealed the deal for me. He loved it. Mission complete. Game over. 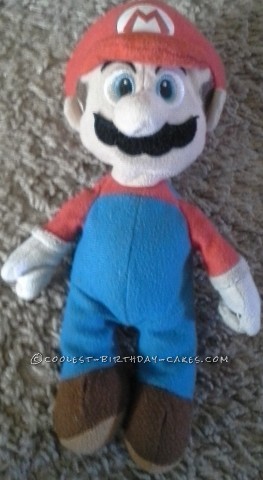