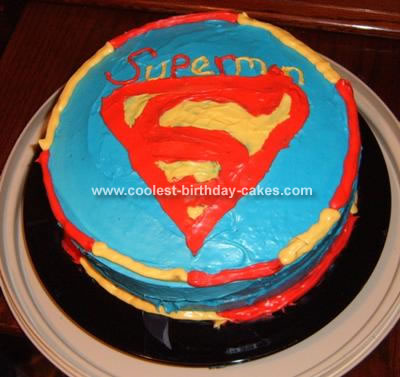 This Superman cake is pretty easy to make. First you need to bake two nine inch round cakes, any flavor, and level off the tops. After that, you put a thin layer of frosting in between the two cakes and set them on top of each other. Make a light blue frosting and put a crumb layer on. Put another layer on after that once the crumb layer is dry. Then make some light yellow and red frosting.

After I made the emblem I wanted to add some more color so I made a border out of Superman’s main colors. It was fairly simple and a great cake to eat!