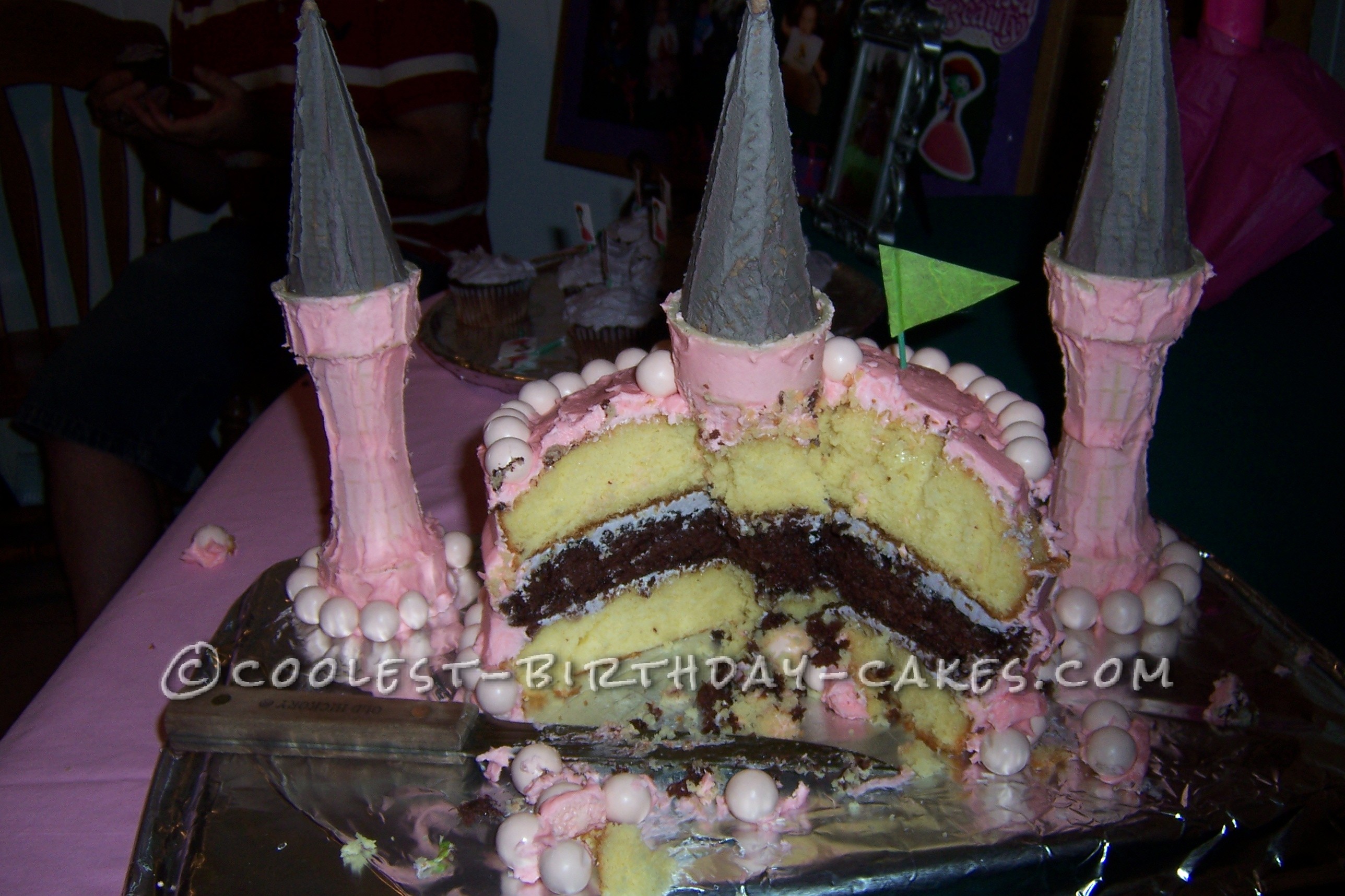 This is the most elaborate birthday cake I have made so far in the three years I have been a mother. I had so much fun with my two year old daughter’s Sweetpea Beauty VeggieTales Princess Castle Cake. I had always wanted to challenge myself to do a simple castle cake and when I decided on my daughter’s  birthday theme, I knew this was the time I could try and do it myself.

Basically, I just made three 9 inch round cake layers for the cake. I did two layers of yellow and one layer chocolate in the middle so that when you cut through it, it was pretty on the cake plate. I think a combinatoin of the two favors is good too! (I used cake mixes to speed up the process.)

For the pink frosting, I used my dad’s recipe for buttercream frosting…..the one I ALWAYS use for my cakes. It’s well loved by all! I used red food coloring to give it the pink color I desired. I am still learning with my Wilton decorating set so to speed the process up with a border around the cake, I used Strawberry Milkshake Whoppers candy as a border which was fun for the kids and also looked cute and worked as an accent on the cake.

For the castle turettes, I used two waffle cones, placing the first cone upside down and using the same pink butter cream frosting on the bottom of the cone. Then, I placed a second waffle cone bottom side up to the first cone. I frosted the outsides of the  cones with the same pink buttercream frosting to give contrast to the castle…again my dad’s recipe. Then, I took a sugar cone facing the point upward on the waffle cones and frosted it purple using the same buttercream recipe. I did this the same way twice for both sides of the castle. For the top of the cake, I did the same thing, except I cut the waffle cone in half so it would be proportional to the cake.

The castle in the VeggieTales movies is pink with purple, so I wanted it to somewhat look like that. I did the same cone method for the top only.  A quick idea I thought of for a castle door and also flagging, was to use green tissue paper and thin green craft paper which stuck to the frosting easily. The flags are held together with tape and a toothpick.

Everyone at the party, loved the cake! I was very happy with the way it came out, especially for someone who had never done a cake to this extent before. 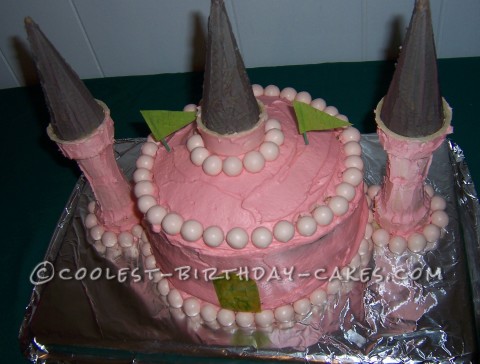 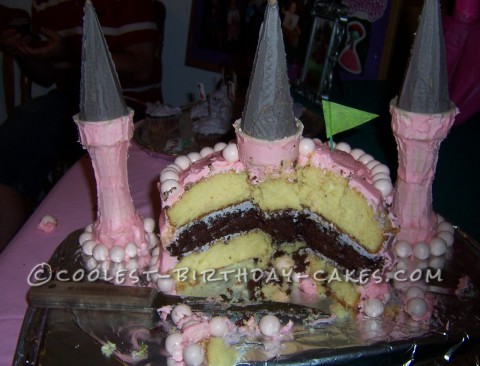