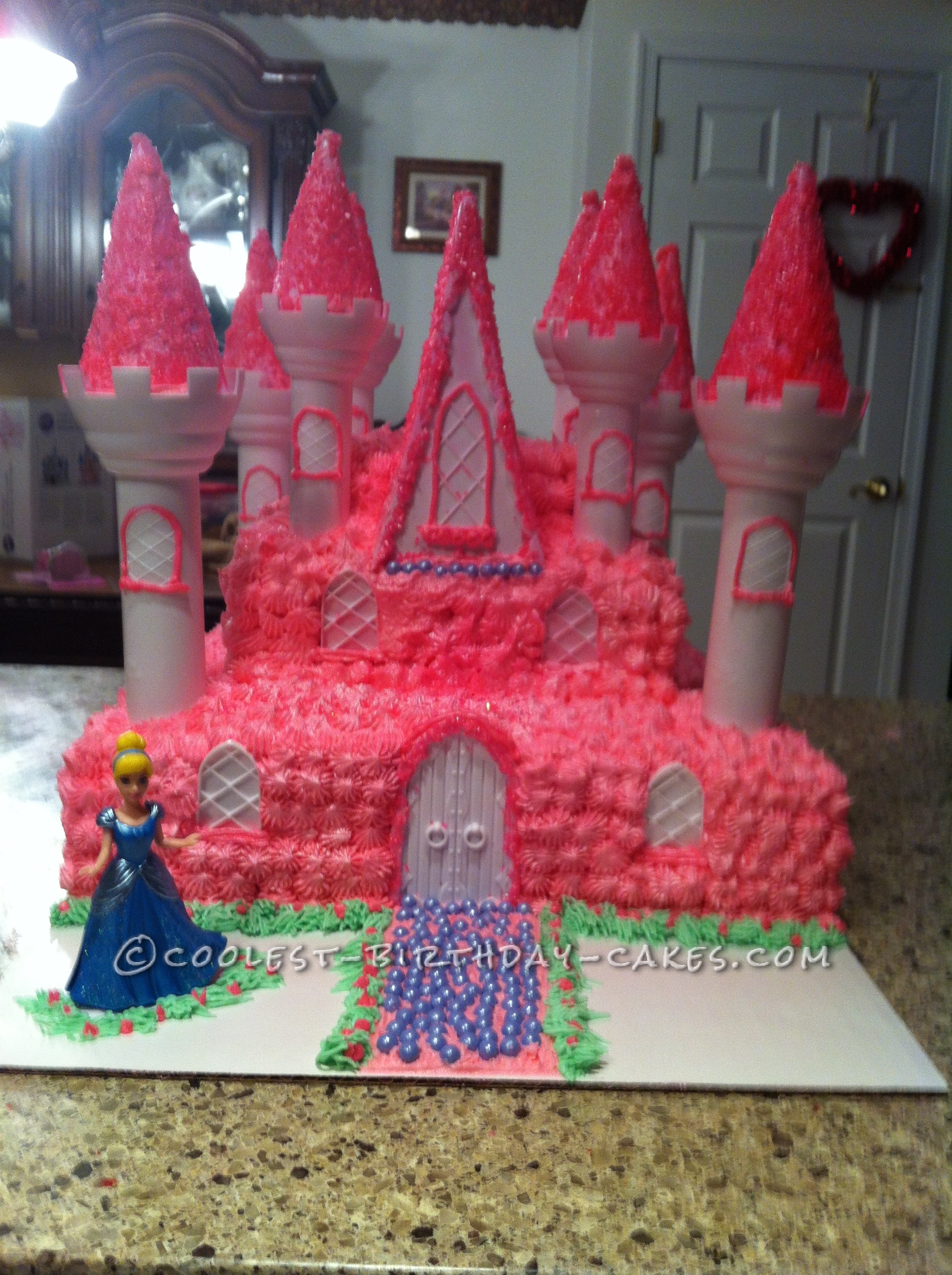 Here I go, I have the most wonderful grandchildren and children. I never knew I had this talent until my daughter in-law wanted a castle cake for my granddaughter. I said I can make this so I sent my Katie a message on Facebook, said I was doing a lot of YouTube looking on web sites, calling bakeries and the price they wanted was “wow”.

Sat a long time on this and talked it out with myself back and about they wanted 200 to 300 dollars for a 3 tier cake with the princess doll of choice. I said to Katie, let me make this, you are a single mom raising 2 children and no way you can shell out 200, 300 dollars . She said yes and I said OK and deep down I was scared, did not in no means wanted to let my family down. It was about two weeks before my granddaughter’s birthday and I had to get my baking mind on .YouTube was everyday and I said this is not working, some of the cakes were not up to my standards. I think big and beautiful and WOW so I put the computer down and had a 11×14 pan. I made two of them and a 9×9 pan.

The next step I cut the two 11×14 to 11×11 and set the reminder parts of the cake to the side. Then I put  down one layer, then the next same size on top on the cardboard. I did a crumb coat on that then I took the 9×9 and did the second layer. Then two 3 inch cakes, put them down for the third layer, did the crumb coat.  Then on the four corners, I made them inch in a half round so the Wilton towers will fit too. I bought the castle kit from Wilton then I did the same thing for the second layer. My 11 year old helped me ice the towers and roll them in the pink glitter sugar and he did a wonderful job. We joked saying my mom should take over the cake boss shop, lol.

I said, move over cake boss, here comes Tammy’s the bigger boss lol. If I only knew how hard this was I needed more time sometime I had a few choice words but got myself on the track and said you can do this, it was very hard, I wanted the best she ever had seen and everyone else. Then I started to put the towers in and the next set of 4 towers and made more of my homemade butter cream icing and used the star tip to pipe it. I did the first layer, took hours then the next layer that still took hours then the third layer only took a half an hour. By them I was a pro and was singing, who makes the best castle cake, who does? I do, my husband and children looked at me like I was crazy. Sure I was but I couldn’t believe how beautiful and “wow” this castle cake is.

Then all the piping was done, I put the doors, windows in and the peek of the castle on. Then piped all the windows and doors, made the grass along the castle, added flowers and last of all the princess. I could not believe how I did this, my husband and kids said “wow”, then my Jonathan said, mom, the cake boss will be calling you, lol. Made me feel great and I knew my daughter in-law Katie would love it.

I called her and said I will be sending you a picture of Matt’s patty castle cake. I said it turned out so beautiful, let me know what you think and if you like it. Awaited and no call so I called her and she said she was giving the children something and she loved it. Asked her would it be OK if I post it to Facebook, she said why yes.

WOW, yes that’s what I got for the pink princess cake, like after like comment. Tuesday, the day of my granddaughter’s 3rd birthday, Katie and her dad came over for the cake and yes, Wow, they said and how big and beautiful and Matty is going to love it and later on that night the party was in full gear  family and friends could not believe that I made this pink castle cake and my granddaughter said I love you gran and gave me a kiss. 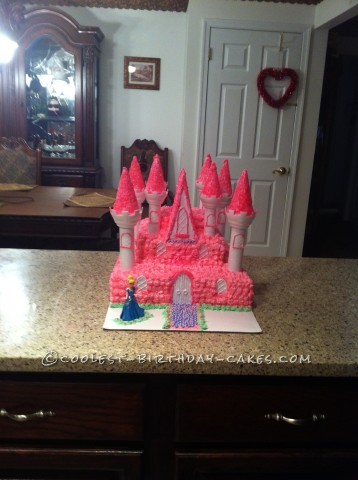 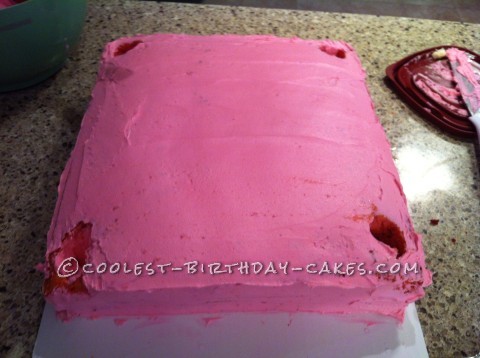 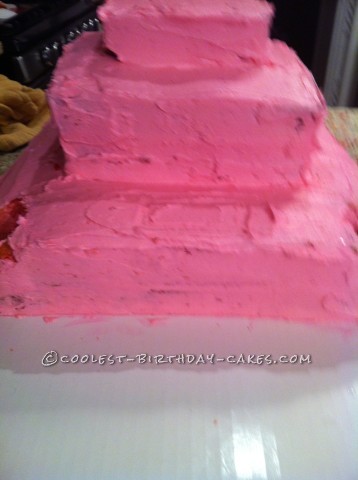 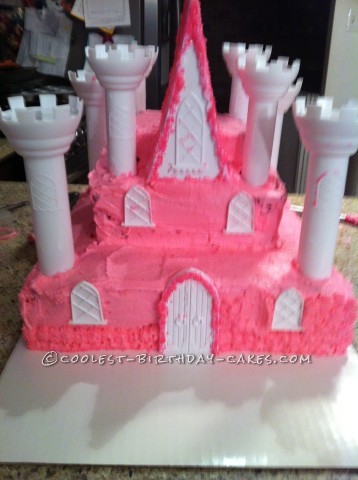 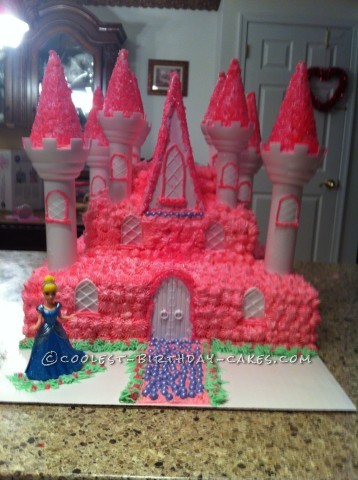