I made this cake for the birthday of my friend’s son and daughter. The theme was Toy Story and the characters they wanted were Buzz & Jesse.

For the toy box I baked two rectangular vanilla cakes and layered them with buttercream frosting. I then rolled out brown fondant to cover the entire cake. I made the corner and top details out of fondant and royal icing. The blanket peeking out of the corner of the box is made out of blue colored fondant and attached to the cake with a little bit of moisture.

the ball is made out of fondant covered cake. i baked another rectangular cake, cut it into very small pieces, mixed it with buttercream frosting and molded the ball as you would do for the mini cupcake pops, then covered it with the fondant and attached the stripe and the stars.

For the Buzz inspired cupcake decorations I decided to make his jet pack. I drew it on a piece of paper, rolled out the white fondant and cut out the 12 pieces. the details were cut out with a cookie cutter and attached with a bit of water.

For the Jesse inspired cupcake decorations I cut out fondant circles and molded the tops. for the hat details i used white royal icing. 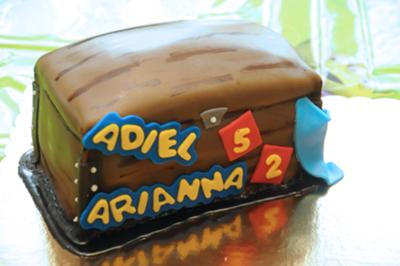 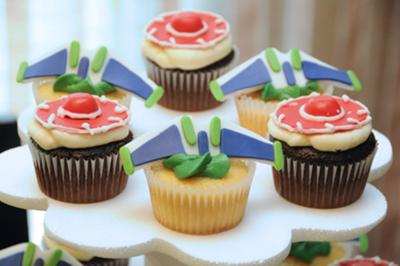 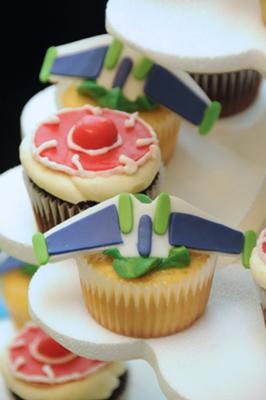