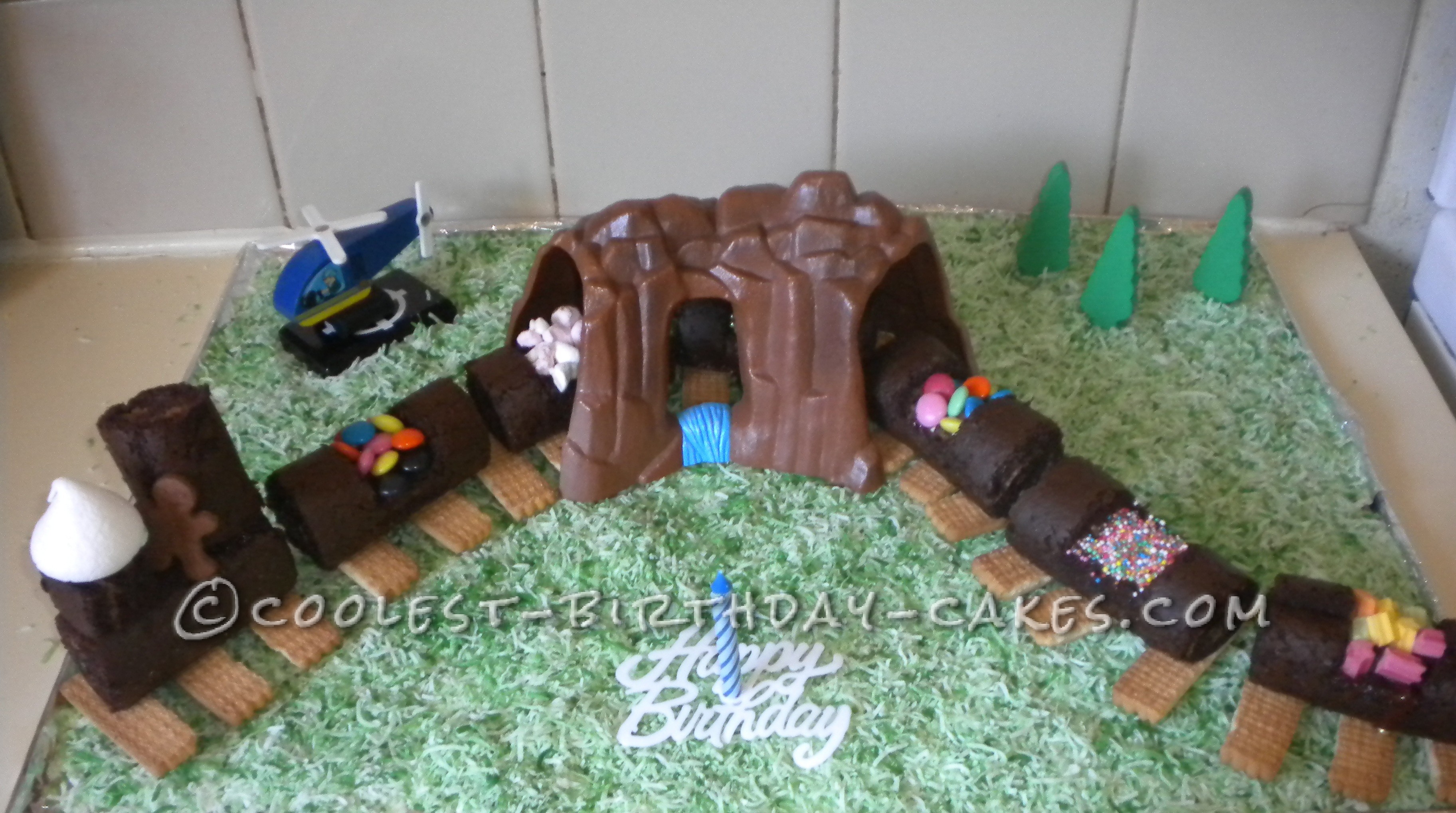 I firstly made a chocolate log roll with mocked cream in the middle and then cut it into equal parts (these were the carriages of the train).  I did this 1 week early to save time and actually froze them until I needed to use them. I then cut out little sections from the top of each carriage and placed smarties, marshmallows, lollies in this space.

On the train chimney I placed a marshmallow to look like smoke and the driver was a tiny gingerbread man figure which I bought.  The train track was made from Scotch Finger Biscuits.

I made a chocolate mold to look like a mountain and piped some blue icing for a little stream down the mountain  (I got the mold from our actual train set, lol).  The grass was just coconut with green food coloring.  I also used a couple of props from the kids train set (helicopter and trees) as I wasn’t too sure how to make these myself.

The best part was the look on everyone’s face – all the kids loved it so much and they all got to choose which carriage they wanted too eat!

I was so nervous about taking on this project but I think it turned out really well.  It was so much fun making this cake and as I said it really wasn’t that difficult as I did it in stages.  My little boy absolutely loved it and so did his big brother.  They still talk about it now!