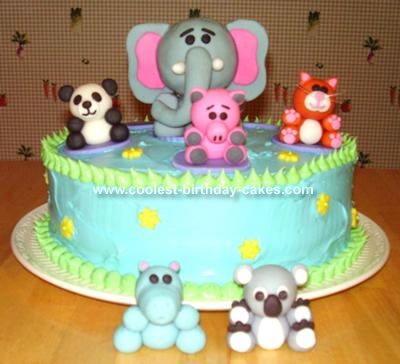 Since my cake was iced with buttercream not fondant, I made little circles of fondant for the animals to sit on. My daughter loved to rearrange them and we even saved the animals after the cake was gone. We made the elephant the biggest since that was her first Webkinz.