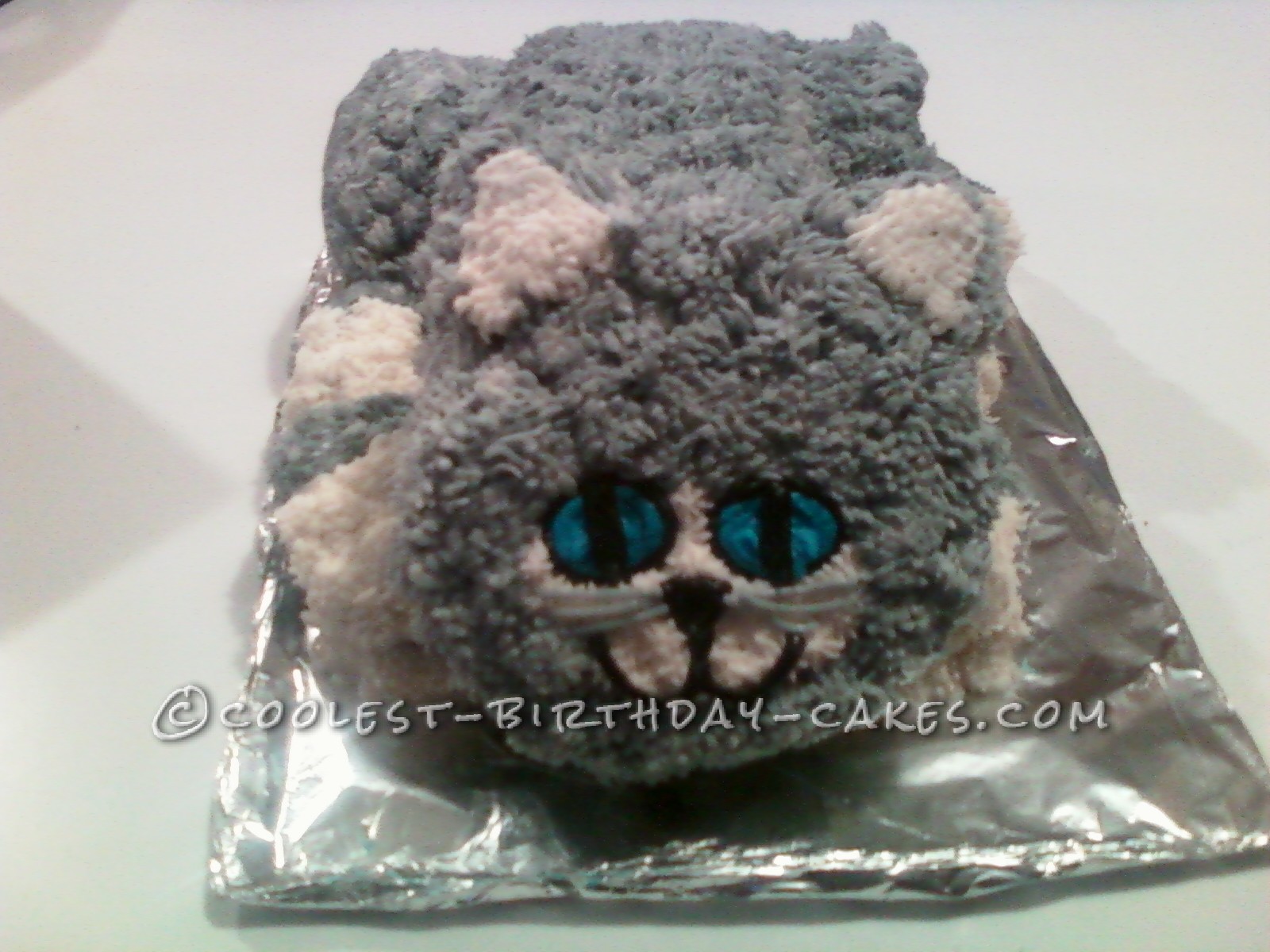 A friend of mine wanted a 3D kitty cake for her mother’s 67th birthday. I asked her if her mom had any cats. She said, “No, she just likes to help the strays around her apartment building.” I had only made one 3d cake in the past and it was quite an undertaking so I was a bit nervous about this one and rightfully so, but in the end it turned out just fine and was a huge hit at the party.  Her mother loved it and so did everyone else!

I started off baking 1 – 9 inch circle cake, 1 smaller round cake in a small glass mixing bowl (about 5 inches) and 1 – 9 x 13 rectangular cake. I cut the circle cake in half and then iced the two halves together to create the back and body of the cat. I then froze the rectangular cake for an hour or so to make it easier to cut the feet, legs, tail and ears from. I just free handed them into the shapes I wanted, except for the circles for the hind legs, which I used a small lid to trace around.

For the hind legs I cut two circles and attached them to the back of the body with skewers – the kind you use for shish kabobs  (you will have to cut the skewers to the right size so they don’t stick through the cake.) I then cut four feet in oval shapes. These were flat down so I just had to put icing around them. I cut the tail in the shape I wanted and used a skewer to attach it.  The head was almost the perfect size when it came out out the small mixing bowl, but I did have to trim around a little to make just a bit smaller. I attached the head with two skewers through the body of the cake.

I cut two small triangles from the rectangular cake and attached these with tooth picks to the top of the head. I then crumb coated the entire cake with butter cream white icing. For the actual decorating, I used butter cream icing with a little black Wilton’s coloring, which I swirled into my white icing. I used the grass tip to cover the entire body, except around the front of the paws and around the nose, mouth and ears, which I used white for.  I used blue and black icing for the eyes and to draw the nose and mouth.  I piped the whiskers on with some of the grey icing.

Voila – or so I thought.  It was a masterpiece – until I delivered it.  I drove about 3 miles to deliver my work of art only to realize when I opened the box that my cute little kitty had been decapitated!! Yes, the head had fallen off.  How many skewers does it take to hold a little kitty’s head on? So back to my house I drove to reattach said head. By the time I got home, the legs were also coming apart. I lost count of how many skewers I had to add to this poor little kitty, but I was just praying no one would get a splinter in their tongue. I had to totally scrape the icing off the head and ice it all over again.

Trip two was a success, I drove about 15 miles per hour with my emergency flashers on – LOL. I prayed hard the next day because my friend then had to deliver the cake to her mother’s surprise party, which was about an hour away. Thankfully, our shish-kabob kitty made it in one piece and was the highlight of the party! 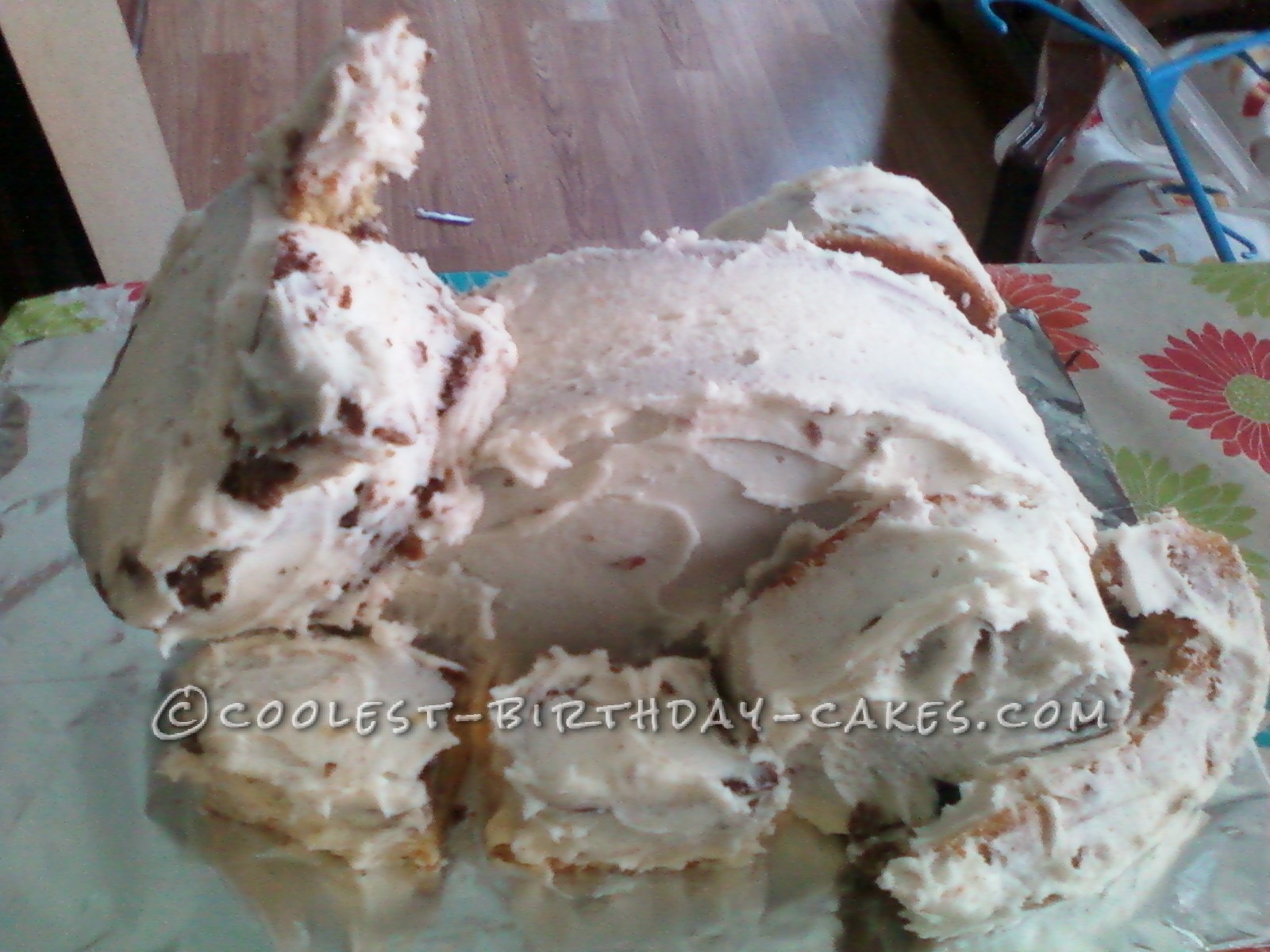 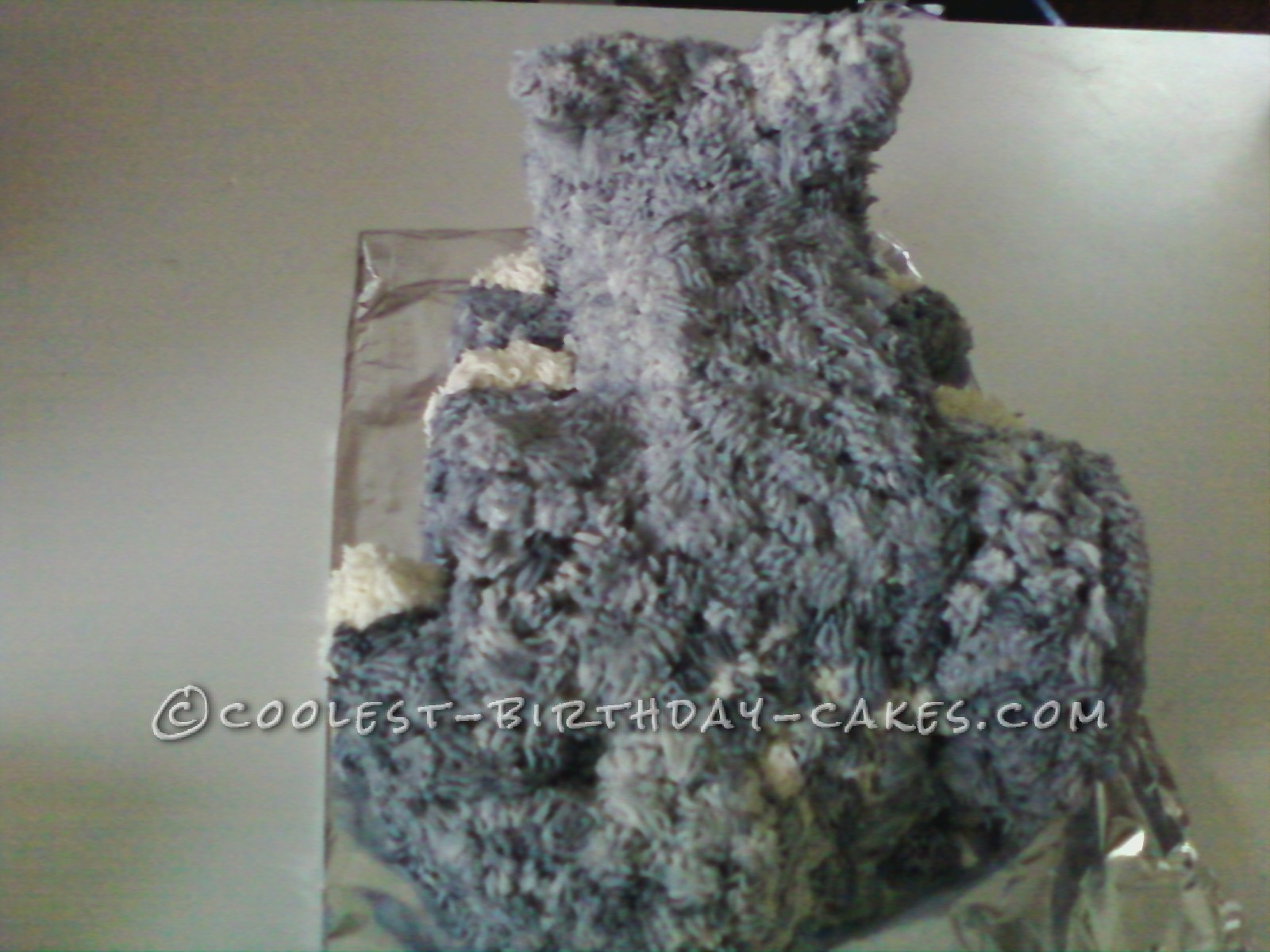 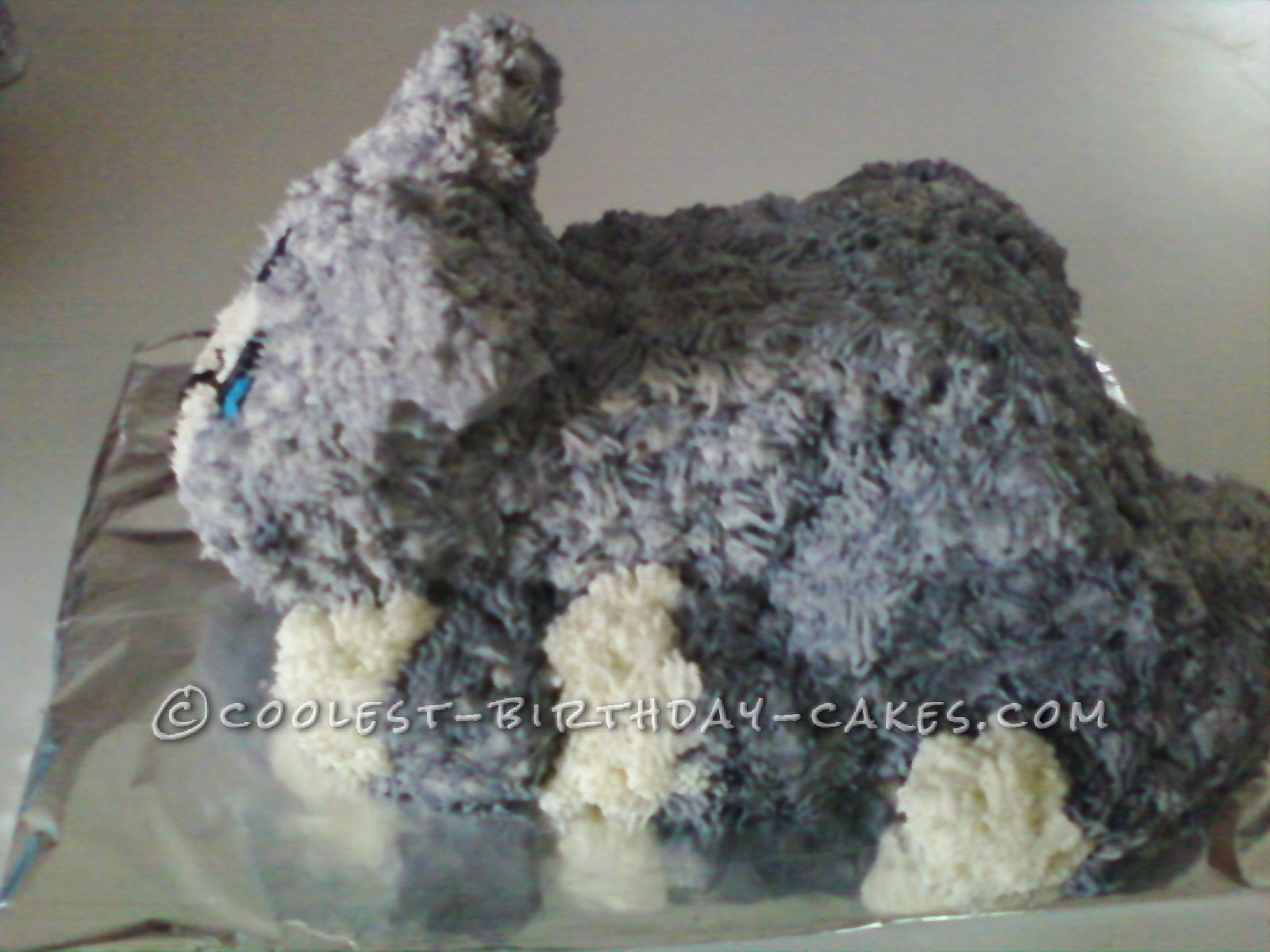