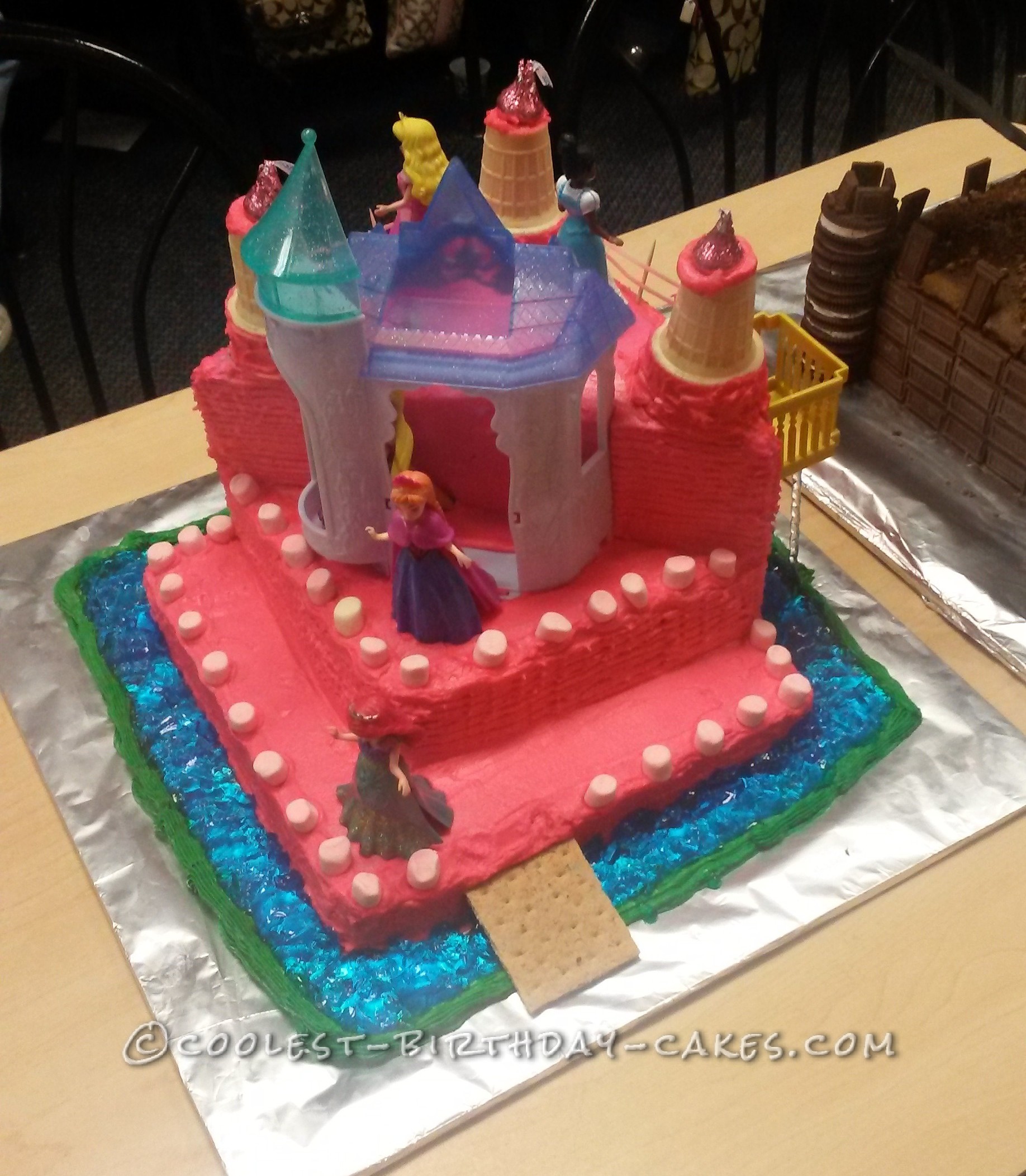 This is the first castle cake that I have ever made and really the first big cake I have ever done without my mother’s help. So I baked one, (I think it was a 10 inch) for the bottom and 2 (8 inch) square cakes. I off set the top three to give it a patio ledge and then I cut the very top into a triangle and pasted them on top of each other icing between each layer to hold them in place.

Then I iced the cake with pink icing, first with a thin layer to help keep the crumbs off the final layer then I did the final layer. Then I used a fork to make lines to make it look like brick. I added three ice cream cones upside down with icing up to the line to hold them in place. I placed icing on the tops for Hershey Kisses to make the pointed castle tips. Next I used pink edible Easter grass to make a fence around the back and marshmallows around the front. I made Blue Jello to add around the base for a moat, with green icing to hold it in place.

Next I used a gram cracker to make a draw bridge and place small magic-clip Disney princesses on the cake. I used the play set that came with the new magic clip Frozen Anna set for the front entrance and the balcony off the side. The hardest part was figuring out how to put what was in my head on to the cake it didn’t turn out how I had pictured it but it was for a birthday party at Chuck e Cheeses. I was scared people were going to think it was horrible as I had to finish it in the back on the suv when we got there since I was running late, but I was surprised at how everyone thought it was so awesome and special the 5 year old that it was for.

People asked to take pictures and it took a total 13 hours for me to make both the cakes. I had to do the other one which is pictured also, was finished at 4:30am and it was for her brother for his birthday. It wasn’t hard, it was just cake iced with Hershey bars around it. But the princess cake was the one that I created for a very special little girl that just wants to be a princess. It made me smile to watch her looking at it with the biggest smile. Made my tired self feel like my lack of sleep meant the world to her.

Even with the frustration I had with it that my husband helped me with by fixing the line. I was having trouble with it, all went away with a that awesome smile. So I had to share the cake to see what others thought of it. 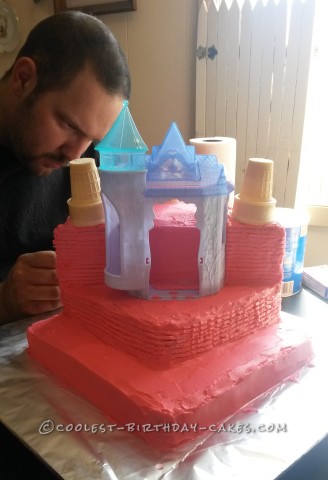 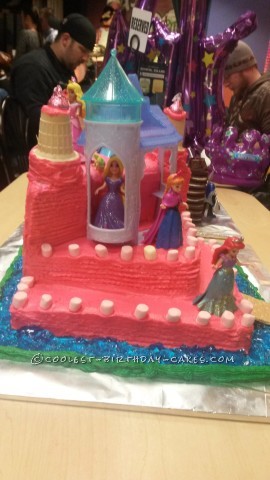 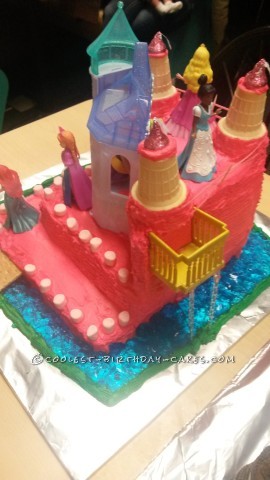 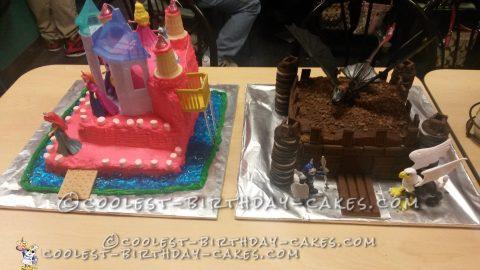