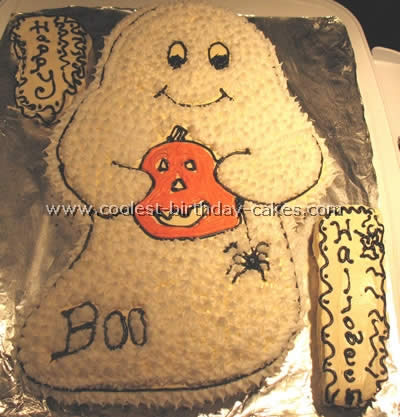 I made this ghost cake from a 9×13 red velvet cake that I baked. I carefully cut out the shape of the ghost and with the leftover pieces of cake I made the Happy Halloween cakes next to the ghost. I first frosted the cake with a store bought buttercream icing and then I tinted some white Wilton decorator icing black and orange.

I outlined the ghost in black added the word Boo and also added a spider and the face and the outline of the pumpkin. I then filled the pumpkin in with the orange icing. I filled in the rest of the cake using a star tip with the remainder of the decorator icing. 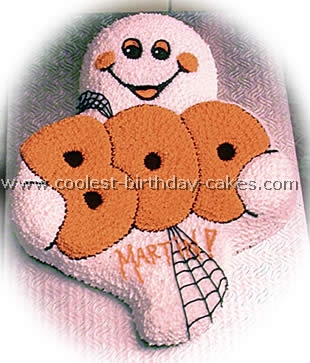 I really love this ghost cake for its originality and simplicity at the same time. I used the tip #16 for the stars and used it also for the side of the cake. I used tip #3 for the spider web. I also wrote the name with a Halloween style… :-)