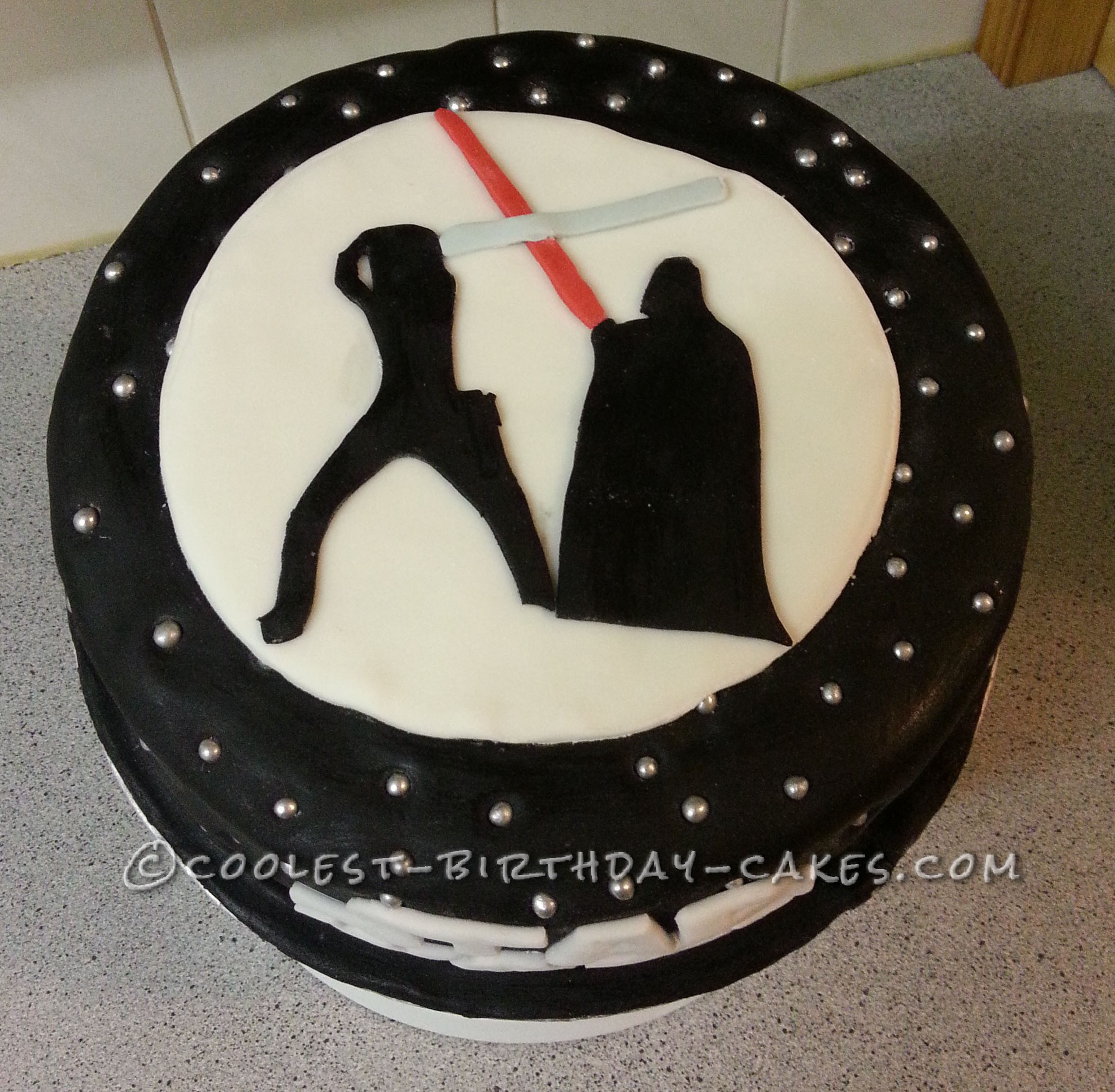 This Star Wars cake was relatively simple to create. The brief was to give a ‘geeky surprise’ to an adult Star Wars fan. The cake itself is a simple vanilla sponge with vanilla butter cream.  There are two layers, each layer made up from a three egg mix.

The covering is fondant. I used soft silver pearls just pushed into the fondant to create the stars, and cut the silhouette and logo out using pictures downloaded from the internet as a guide. I used pre-colored black fondant simply because although I have colored fondant black before it is a time-consuming process and colored fondant makes it much easier! I colored the Lightsabers myself with gel food coloring.

The first time I made the star effect the pearls fell out, so this time I used a bamboo skewer to make a guide hole to push each one in to first and they stayed put. I had initially planned to make the Lightsabers black as well, but decided at the last minute to color them, which I think looks quite effective.

I am quite meticulous with my cake making, so this took about 4 hours to create in total. All in all I think this makes a more ‘grown-up’ cake suitable for any Star Wars fan! 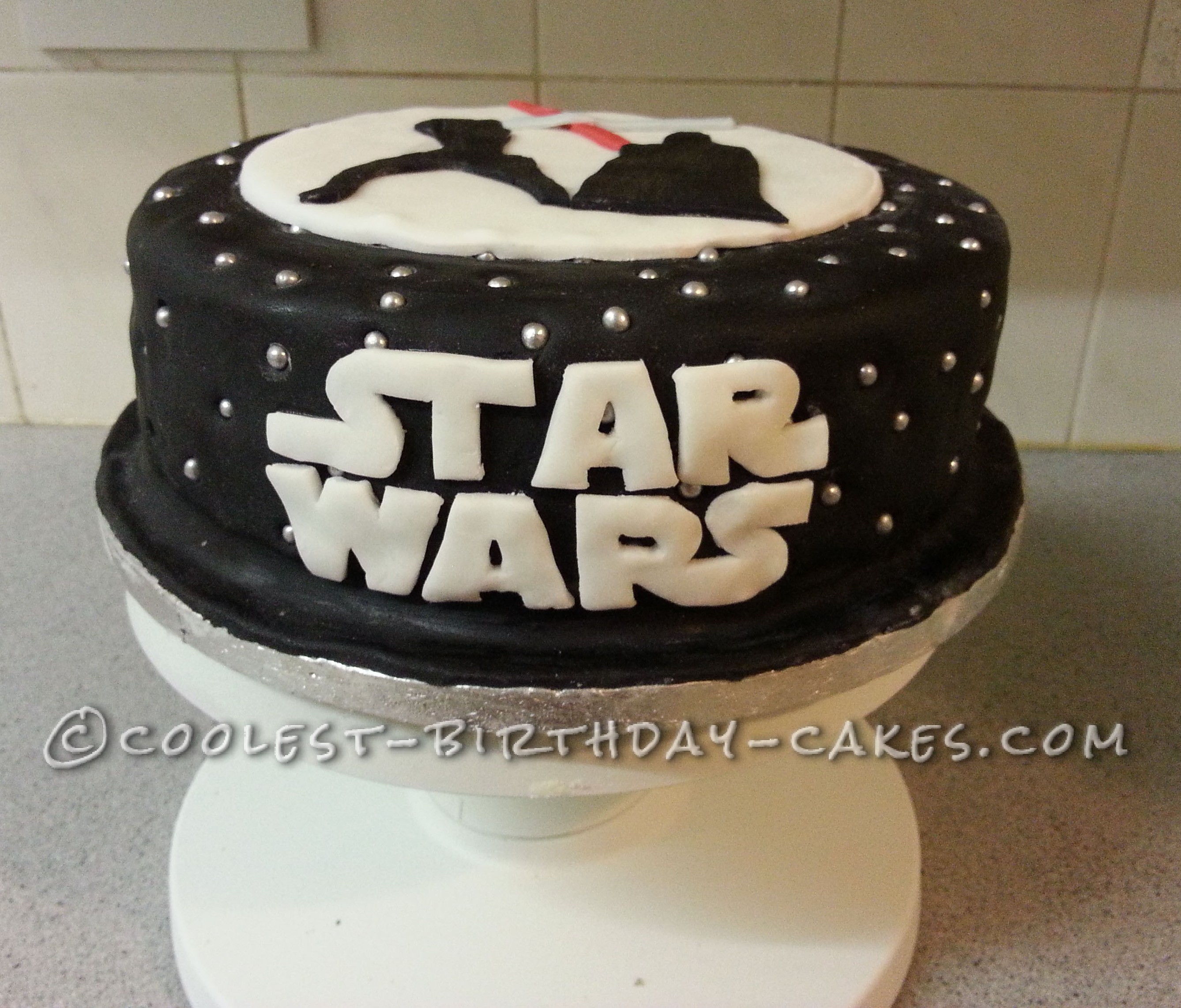 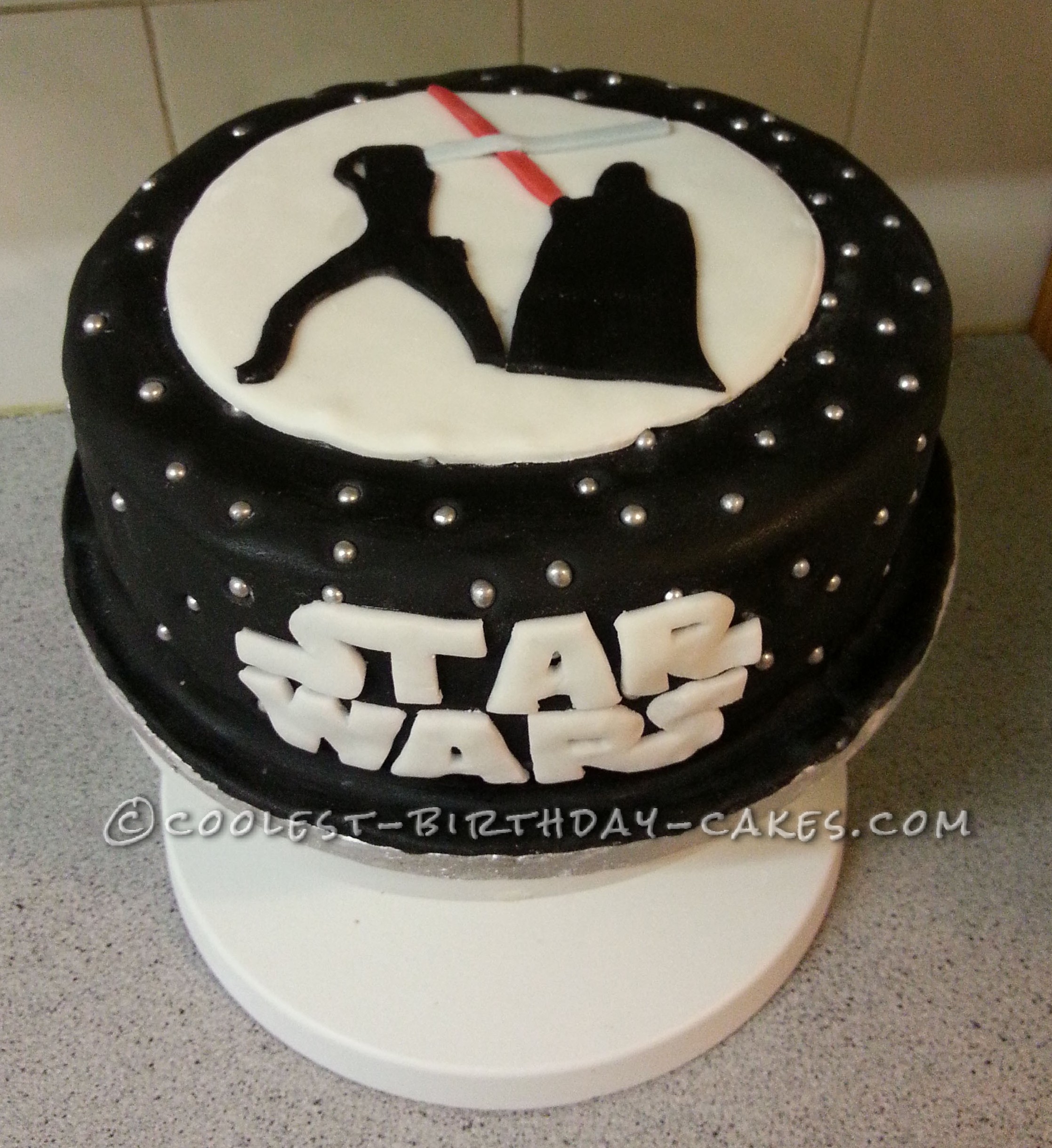