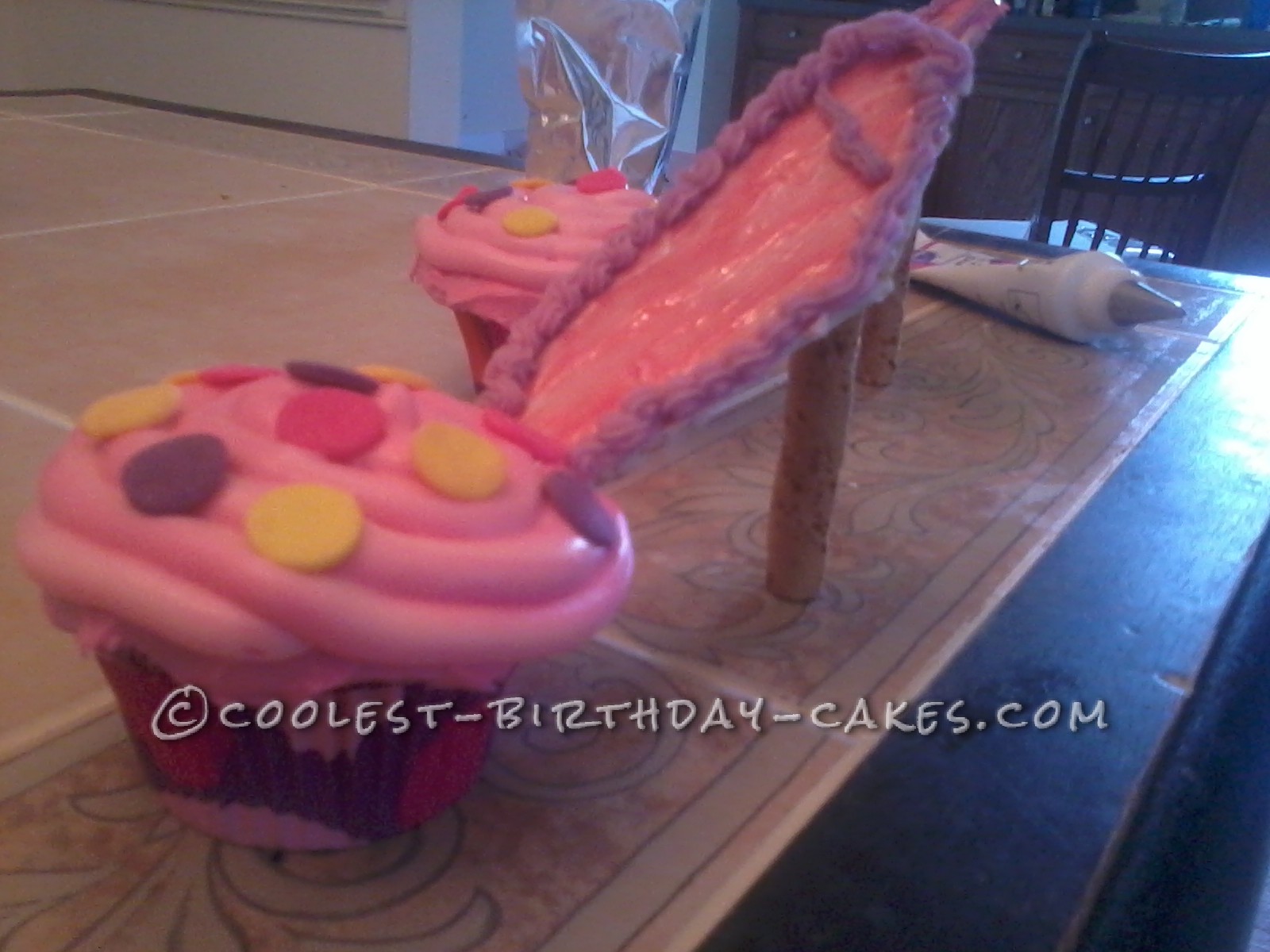 I made the shoes for a woman who’s best friend loves high heels and stiletto shoes. She asked me to surprise her best friend with shoes cupcakes so I made these. I made a 6 pair box of cupcakes. They were a little difficult at first because of the graham cracker softening when I dip them in chocolate but after getting that under control they came out amazing.

After the birthday party they called me and said that they had more orders from other friends who wanted stiletto cupcakes. I was so excited because they were so fun to make so I decided to make another batch just for display to show other friends and I made beach sandals, girls night out sandals and other high heel stilettos. I’ve made leopard and zebra print. I really enjoyed making these cupcakes. They are huge hit for any occasion.