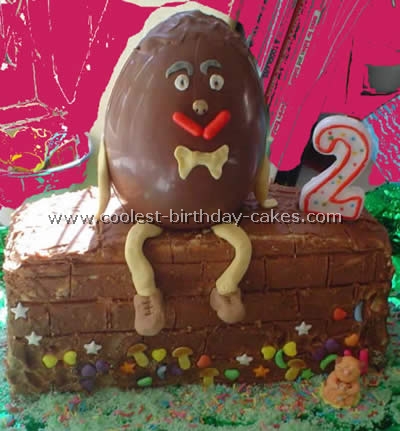 I used a chocolate mould to make Humpty Dumpty and an ordinary sponge for the wall. When the time came to eat the cake my daughter was adamant Humpty was not going to fall so we ate the wall and only convinced her to eat Humpty a week later! 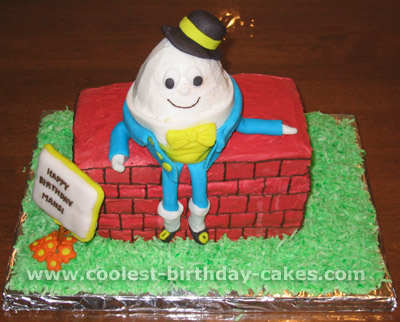 I made two loaf cakes and used one and a half of them to build the wall, then covered it with red butter creme icing. The bricks were piped with chocolate icing. I used two cupcakes to make Humpty Dumpty and shaped it to an egg-like shape using white butter crème icing.

The hands, legs, hat and clothes are colored rolled fondant. The grass is green colored shredded coconut. The flowers are made of colored fondant. The signpost is made of a pretzel stick and fondant covered crème wafers. 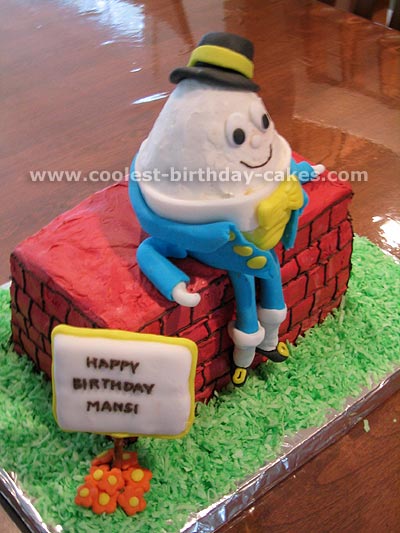