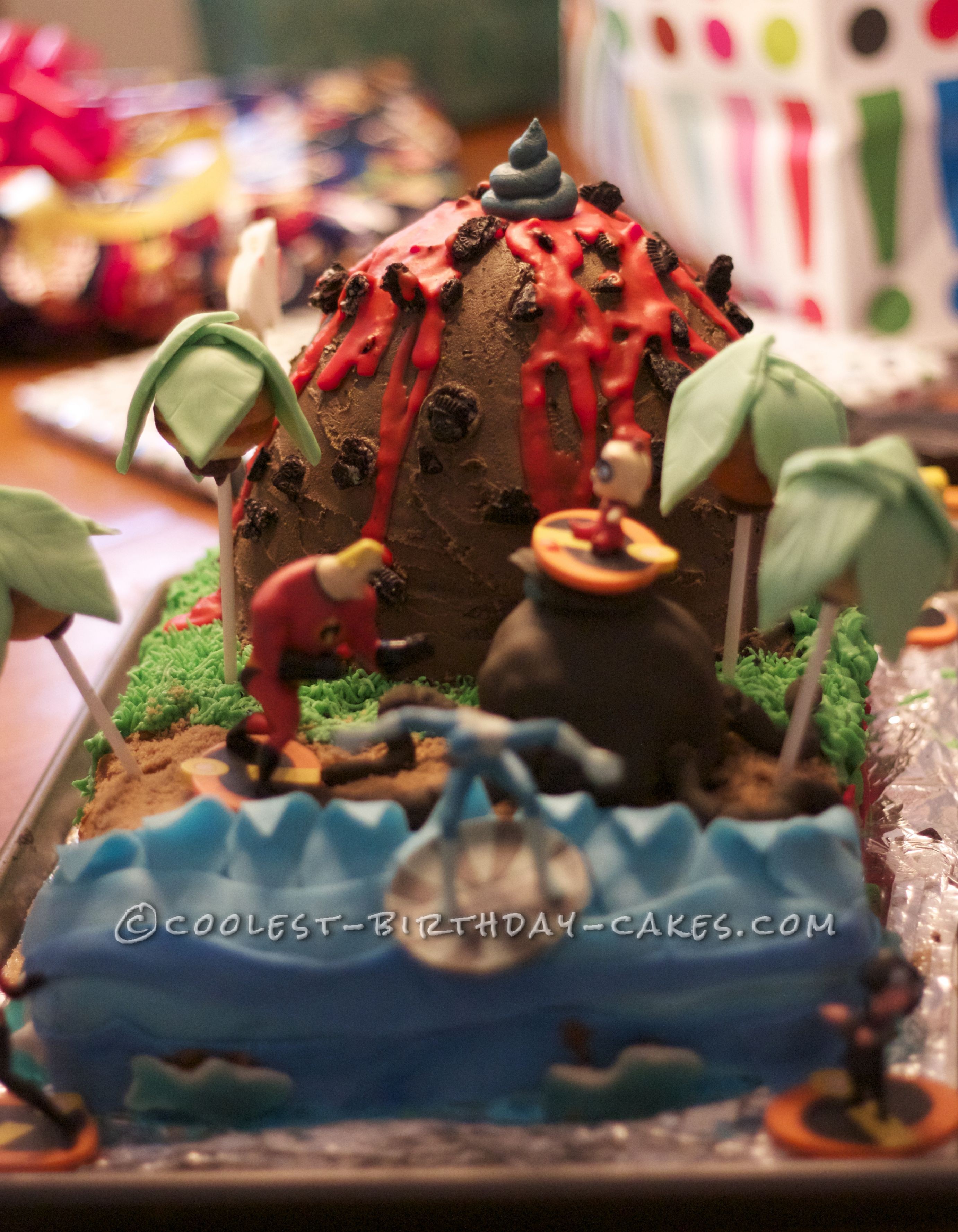 So I decided to create the island jungle scene from the movies (taking some artistic liberties that my son was quick to point out, for example, he told me I made Omnidroid #10 who belongs in the city not in the jungle…oops Mom didn’t know the Omnidroids had different numbers or looks!)

I did a crumb coat in 3 colors to represent the jungle, beach and water. The base of the jungle was a bright green butter cream.  I then placed the unfrosted volcano on top and around the volcano. I piped green grass and jungle vines. On the beach portion of the cake I mixed brown and yellow food dye to get a nice sand color. I sprinkled brown sugar on top for sandy texture. I used a light blue for the base of the water and then applied strips of wave-y fondant. On the edge of the cake I set the waves to stand up. I placed Frozone, one of the Incredible’s characters, in the surf.

To make the volcano on the Incredibles birthday cake, I used the “dress” mold cake pan. I did a quick coat of chocolate butter cream (made darker with a little black and a little brown food color) and then my son sprinkled crushed Oreos on top. I melted red chocolate with a little milk and a little orange food color to get a great lava color and consistency and slowly poured from the top of the volcano and let it ooze down the sides.

For the all important I made a giant “cake pop” smushing pieces of extra cake (leftover from leveling) with frosting into a ball a little smaller than my fist. I mixed brown and black food dye with white fondant and covered the Omnidroid completely. Then to make his legs I rolled long pieces of fondant and made slight marks with a knife to mimic the serrated look of his limbs. I set his body on the “beach” and then attached his legs with a little chocolate butter cream frosting.

The last step on the Incredibles birthday cake was too add the rest of the action figures to the cake. I think the final cake was pretty cool. More importantly the birthday boy thought it was “wonderful” and “amazing” and wants another just like it next year! 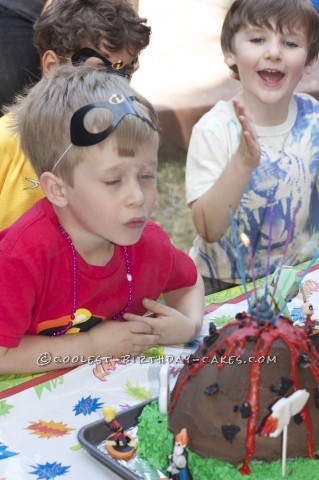